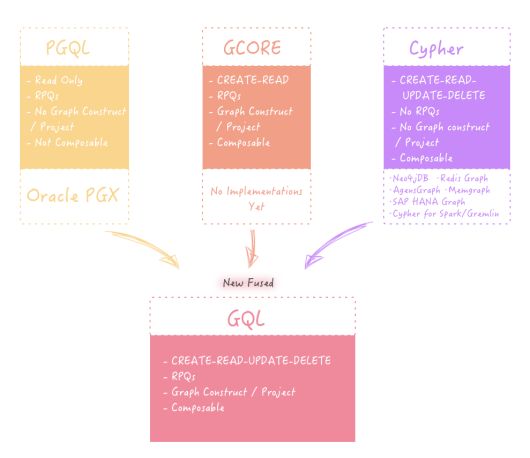 After understanding the common terms in Gremlin, Cypher, and nGQL, let's take a look at the general syntax of these graph query languages.

In September 2019, Graph Query Language is accepted as a new database query language in a vote by the International SQL Standards Committee. The unification of GQL takes time.

In this post, we’ve selected some mainstream graph query languages and compared the CRUD usage in these languages respectively.

The Graph Query Languages to Be Compared 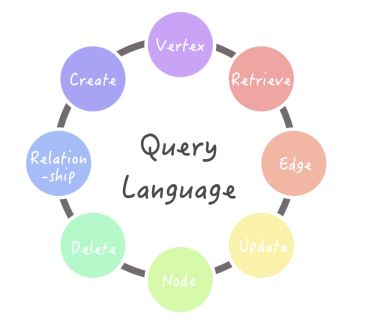 Gremlin is a graph traversal language developed by Apache TinkerPop and has been adopted by a lot of graph database solutions. It can be either declarative *or *imperative.

Gremlin is Groovy-based, but has many language variants that allow developers to write Gremlin queries natively in many modern programming languages such as Java, JavaScript, Python, Scala, Clojure and Groovy.

Cypher is a declarative graph query language that allows expressive and efficient data querying in a property graph.

The language was designed with the power and capability of SQL. The keywords of the Cypher language are not case sensitive, but attributes, labels, relationship types and variables are case sensitive.

Nebula Graph introduces its own query language, nGQL, which is a declarative, textual query language like SQL, but designed for graphs.

The keywords of the nGQL language are case sensitive and it support statement composition so that there’s no need for statement embedding.