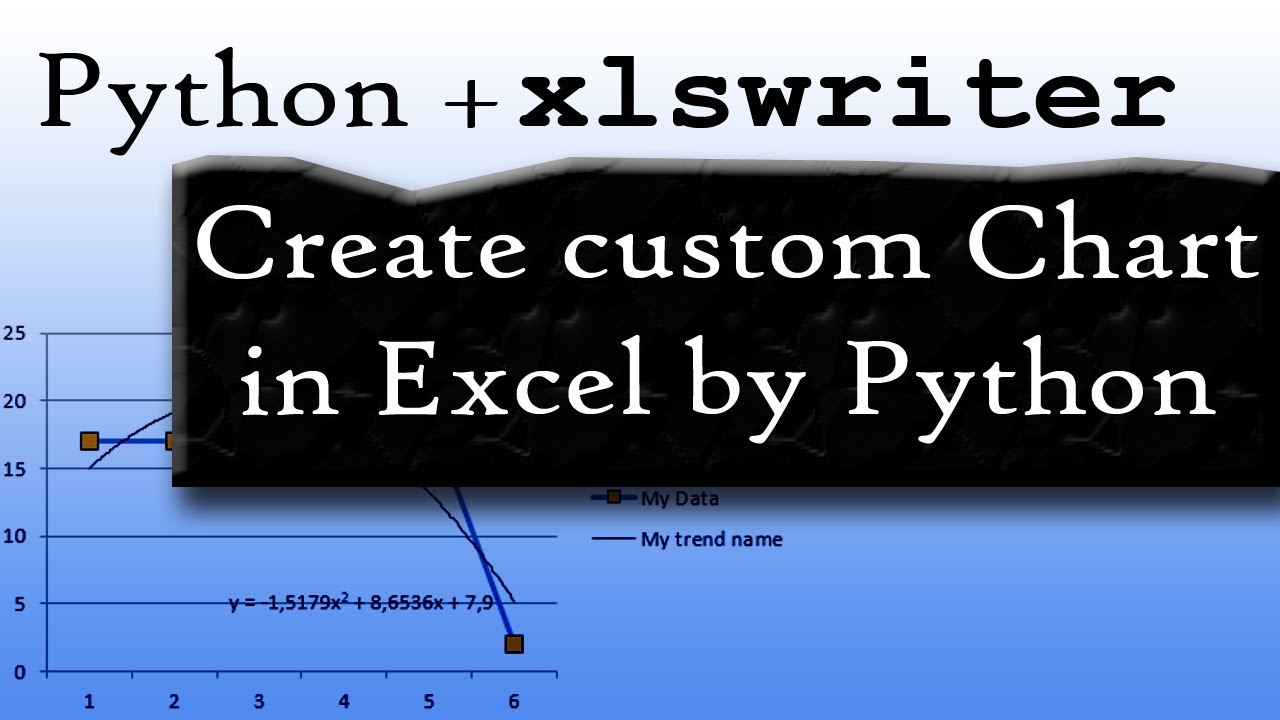 This Python video tutorial shows how to build a custom and stylish Chart in Excel by Python programming language using xlsxwriter module. Video perfectly fits to Python users who are interesting into Python automation tasks between Python and Excel.

This Python video tutorial shows how to build a custom and stylish Chart in Excel by Python programming language using xlsxwriter module. Video perfectly fits to Python users who are interesting into Python automation tasks between Python and Excel.

XlsxWriter is a Python module for writing files in the Excel 2007+ XLSX file format. XlsxWriter can be used to write text, numbers, formulas and hyperlinks to multiple worksheets and it supports features such as formatting and much more, including: 100 percent compatible Excel XLSX files.

This video demonstrate how to create a custom and fully labeled chart with one and two series of data in Excel by Python. Jupyter Notebook framework was used.

Important to know: XLSXWRITER cannot be used to modify or write to an existing Excel XLSX file. Use openpyxl for such purposes. OpenPyxl can read existing excel files and write data back to it.

I hope this video help you to build a really impressive and full custom made charts in Excel in Python side. I am sure that this is important for construct Python based automation systems in business world. Xlsxwriter is like a bridge between Python and Excel.

What is Data Validation in Excel. Data validation is a feature in Excel used to control what a user can enter into a cell. Learn more about it with Examples.

Combine the best of MS Excel and Python

Combine the best of MS Excel and Python. First of all, these two tools are intended for different purposes and, second of all, Excel is powerful by itself (if that wasn’t the case, it wouldn’t be so popular for so many years). However…