Top 50 React Interview Questions You Must Prepare In 2019 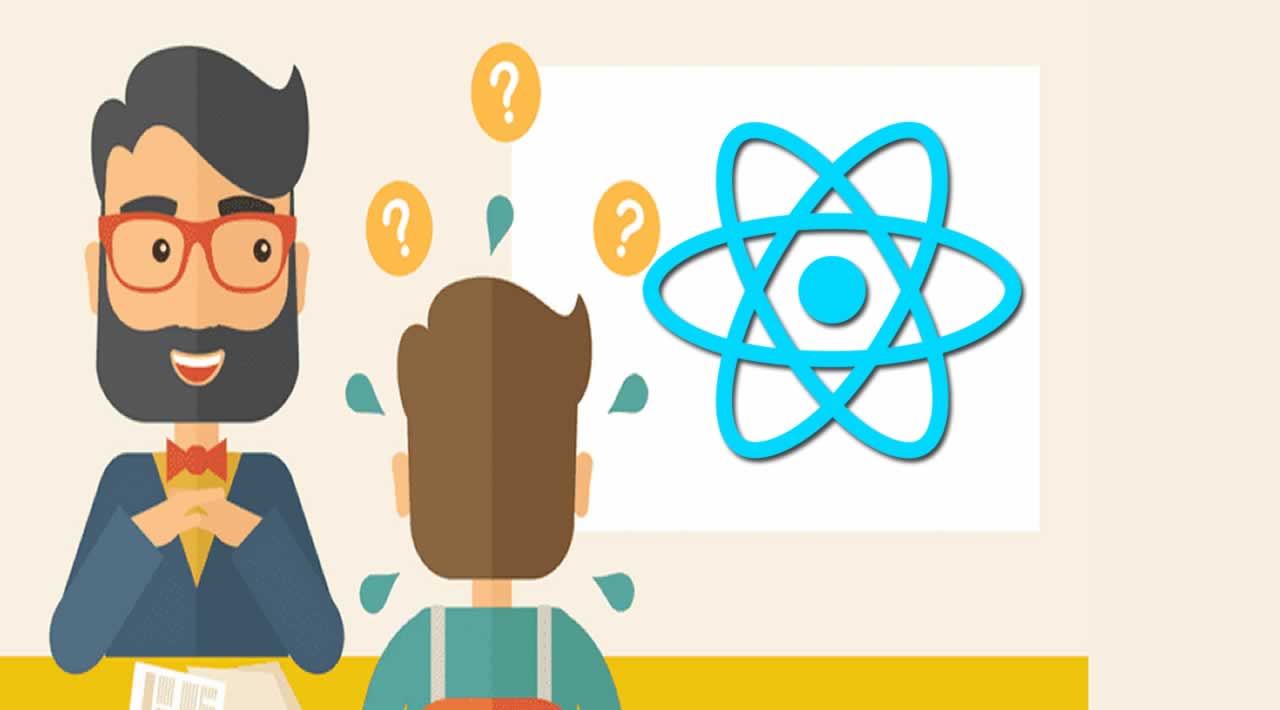 Here are the Top React Interview Questions which an aspiring front end developer must prepare in 2019 for React interviews.

Here are the Top React Interview Questions which an aspiring front end developer must prepare in 2019 for React interviews.

Slowly and steadily, the JavaScript tools are firming their roots in the marketplace and the demand for React certification is increasing exponentially. Selecting the right technology for developing an application or website is becoming more challenging. Among all, React is considered as the fastest growing Javascript framework.

As of today, there are about 1,000 contributors on Github. Unique features like Virtual DOM and reusable components grab the attention of front end developers. Despite being just a library for ‘View’ in MVC (Model-View-Controller), it’s giving strong competition to full-blown frameworks like Angular, Meteor, Vue, etc. Check out the belo2w graph which shows the trend of popular JS frameworks:

React is a front-end JavaScript library developed by Facebook in 2011.It follows the component based approach which helps in building reusable UI components.It is used for developing complex and interactive web and mobile UI.Even though it was open-sourced only in 2015, it has one of the largest communities supporting it.### 3. What are the features of React?

Major features of React are listed below: It uses the virtual DOM instead of the real DOM.It uses server-side rendering.It follows uni-directional data flow or data binding.### 4. List some of the major advantages of React.

Some of the major advantages of React are: It increases the application’s performanceIt can be conveniently used on the client as well as server sideBecause of JSX, code’s readability increasesReact is easy to integrate with other frameworks like Meteor, Angular, etcUsing React, writing UI test cases become extremely easy### 5. What are the limitations of React?

Limitations of React are listed below: React is just a library, not a full-blown frameworkIts library is very large and takes time to understandIt can be little difficult for the novice programmers to understandCoding gets complex as it uses inline templating and JSX### 6. What is JSX?

JSX is a shorthand for JavaScript XML. This is a type of file used by React which utilizes the expressiveness of JavaScript along with HTML like template syntax. This makes the HTML file really easy to understand. This file makes applications robust and boosts its performance. Below is an example of JSX:

7. What do you understand by Virtual DOM? Explain its working.

A virtual DOM is a lightweight JavaScript object which originally is just the copy of the real DOM. It is a node tree that lists the elements, their attributes and content as Objects and their properties. React’s render function creates a node tree out of the React components. It then updates this tree in response to the mutations in the data model which is caused by various actions done by the user or by the system.

This Virtual DOM works in three simple steps. Whenever any underlying data changes, the entire UI is re-rendered in Virtual DOM representation.

Then the difference between the previous DOM representation and the new one is calculated.

Once the calculations are done, the real DOM will be updated with only the things that have actually changed. 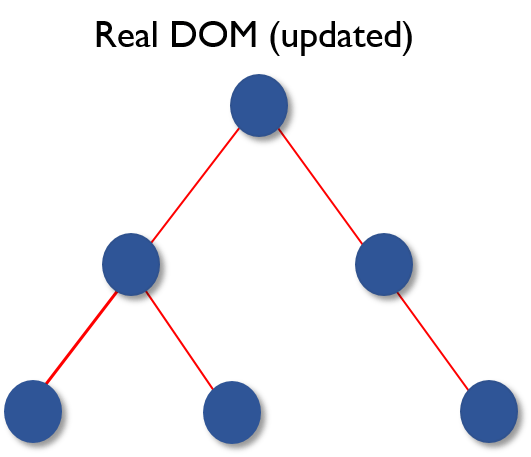 9. How different is React’s ES6 syntax when compared to ES5?

Syntax has changed from ES5 to ES6 in following aspects: require vs import

10. How is React different from Angular?

11. What do you understand from “In React, everything is a component.”

Components are the building blocks of a React application’s UI. These components split up the entire UI into small independent and reusable pieces. Then it renders each of these components independent of each other without affecting the rest of the UI.

12. Explain the purpose of render() in React.

Each React component must have a render() *mandatorily. It returns a single React element which is the representation of the native DOM component. If more than one HTML element needs to be rendered, then they must be grouped together inside one enclosing tag such as *