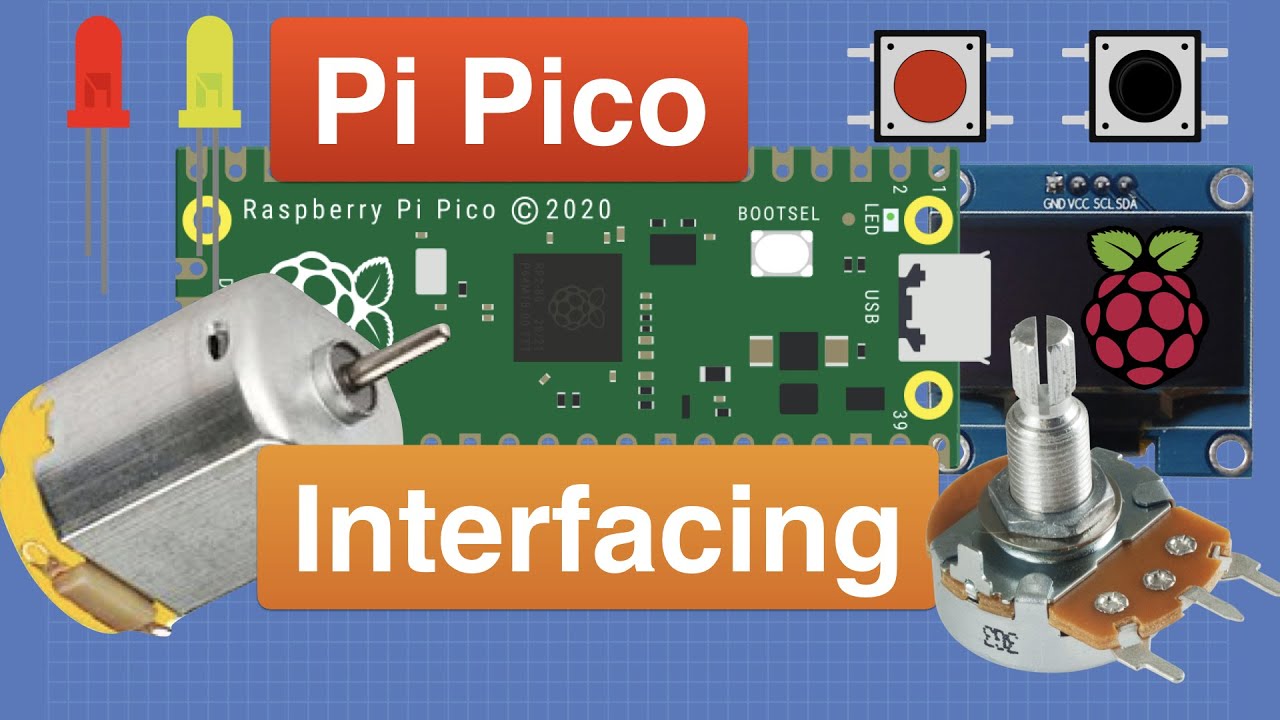 The Raspberry Pi Pico is the first microcontroller produced by the Raspberry Pi Foundations, and they even designed the MCU for it. It has a wealth of features and a budget-friendly 4-dollar price tag.

Let’s hook up some common components to the new Raspberry Pi Pico and see how to code for them in MicroPython!

The Raspberry Pi Pico is the first microcontroller produced by the Raspberry Pi Foundations, and they even designed the MCU for it. It has a wealth of features and a budget-friendly 4-dollar price tag.

With all of the hype around the Pico since its announcement a few weeks ago I wanted to actually DO something with it. So I decided to hook up a few simple I/O devices to it and see how to code for them using MicroPython.

I did all the coding on the Thonny IDE, and to keep things in the family I used a Raspberry Pi 4 as my host computer. You can also use Thonny and the Pico with Linux, Windows, and Mac OS X workstations as well, but it’s already installed and ready to go with the latest Raspberry Pi Operating System release.

All of these are basic I/O experiments with very simple code, but they each illustrate a useful technique that can be applied to other I/O devices. Plus, if you’re not familiar with MicroPython, it will help you ease into it, as all of the code is very elementary.

For those of you who are put off by the need to solder your own Pico pins fear not, I’ll show you just how easy it is. I'll even give my Pico a bath after I finish soldering it!

Here is what you will see in today's detailed look at the Raspberry Pi Pico:

How to build your own Raspberry Pi Kubernetes Cluster

I'll show you how to set up your very own Kubernetes cluster. But not just any boring old cluster, I'll show off the process of doing this on the Raspberry Pi platform. Learn how to build your own Raspberry Pi Kubernetes Cluster

Build a motion detection system with a Raspberry Pi

If you want a home security system to tell you if someone is lurking around your property, you don't need an expensive, proprietary solution from a third-party vendor. You can set up your own system using a Raspberry Pi, a passive infrared (PIR) motion sensor, and an LTE modem that will send SMS messages whenever it detects movement. Prerequisites You will need:

This "Raspberry Pi Camera Module" will explain how to work with Pi Camera by discussing the basics.