The Renaissance Of No-Code For Web Designers 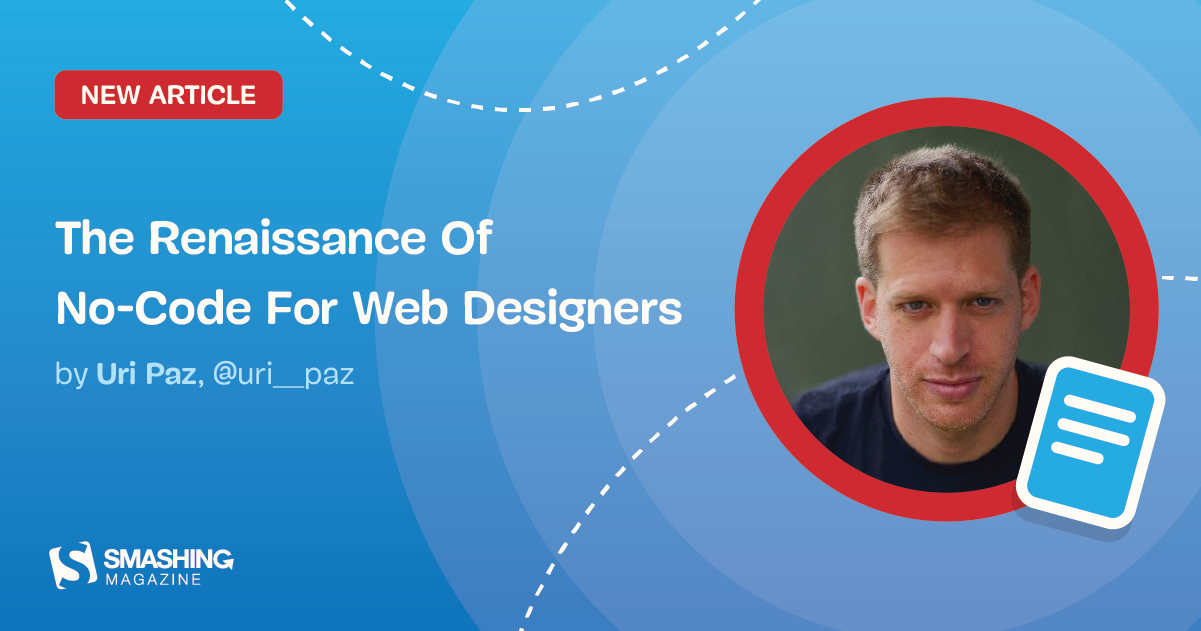 In this article, Uri Paz presents some tools that allow non-programmers to create application software through graphical user interfaces and configuration, instead of traditional computer programming.

Just like during the Renaissance, we’re living in times of incredible cultural and artistic innovation. As the Internet evolves, browsers align, capabilities are added and accessibility of technology becomes easier, designers face new opportunities to create, think, and change their status with no-code tools.

The word Renaissance — which means “rebirth” in French — was given to a tremendous period of philosophical and artistic achievements that began in the 14th century.

During this time, there were a wide range of developments, including:

These developments and more made the Renaissance one of the most productive artistic eras in history, dramatically reducing the creative barrier and attracting a large audience rather than just a small group of elites.

‘Every block of stone has a statue inside it, and it is the task of the sculptor to discover it.’ — Michelangelo. Some people see a block of stone, while other people see a source of creation. The tools available to us at any given time can bring out our maximum potential. (Large preview)

Taken from 'The Singularity Is Here: Human 2.0' by Amit Maman. Part of his final project at Shenkar College of Engineering and Design, Maman created this triptych to show his vision of the singularity and the turning point in human history that it represents. His work is inspired by principles from the Renaissance era. (Large preview)

In 2000, usability expert Jakob Nielsen introduced “Jakob’s Law,” the idea that users develop mental models of the products they interact with based on their previous experience. The more users can focus on their goal without challenging this mental model, the easier it is for them to achieve that goal.