How to Write a JavaScript Promise 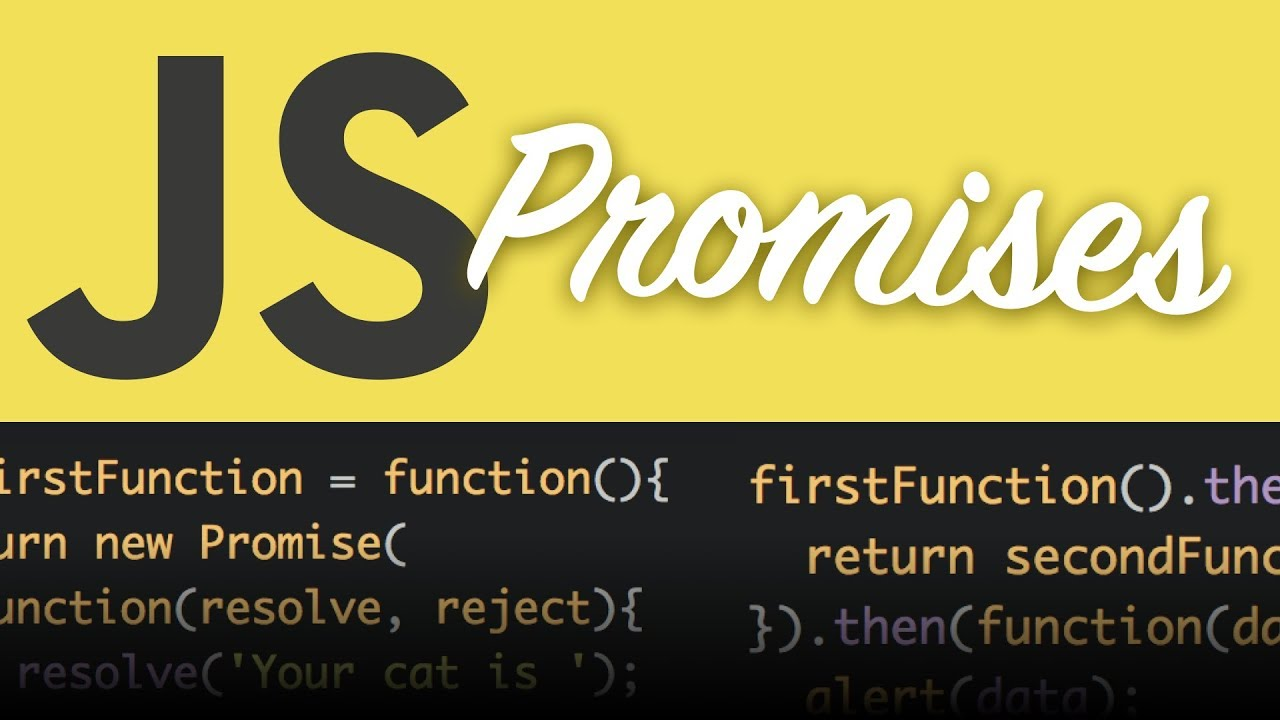 A JavaScript promise is an object that represents the completion or failure of an asynchronous task and its resulting value.

A JavaScript promise is an object that represents the completion or failure of an asynchronous task and its resulting value.

I’m kidding of course. So, what does that definition even mean?

First of all, everything in JavaScript is an object. You can create an object a few different ways. The most common way is with object literal syntax:

You could also create a class and instantiate it with the new keyword.

A promise is simply an object that we create like the later example. We instantiate it with the new keyword. Instead of the three parameters we passed in to make our car (color, type, and doors), we pass in a function that takes two arguments: resolve and reject.

See, not too scary–just an object we created. And, if we expand it a bit: In addition, we can pass anything we’d like to into resolve and reject. For example, we could pass an object instead of a string:

Or, as we saw earlier, we don’t have to pass anything:

What about the “asynchronous” part of the definition?

JavaScript is single threaded. This means it can only run one thing at a time. If you can imagine a road, you can think of JavaScript as a single lane highway. Certain code (asynchronous code) can slide over to the shoulder to allow other code to pass it. When that asynchronous code is done, it returns to the roadway.

As a side note, we can return a promise from any function. It doesn’t have to be asynchronous. That being said, promises are normally returned in cases where the function they return from is asynchronous. For example, an API that has methods for saving data to a server would be a great candidate to return a promise! The takeaway:

Promises give us a way to wait for our asynchronous code to complete, capture some values from it, and pass those values on to other parts of our program.

How do we use a promise?

Here is an example of method chaining I bet you’ve seen:

And, consuming our promise by using method chaining:

Imagine you have a function that gets users from a database. I’ve written an example function on Codepen that simulates an API you might use. It provides two options for accessing the results. One, you can provide a callback function where you can access the user or any error. Or two, the function returns a promise as a way to access the user or error.

Traditionally, we would access the results of asynchronous code through the use of callbacks.

The use of callbacks is ok until they become overly nested. In other words, you have to run more asynchronous code with each new result. This pattern of callbacks within callbacks can lead to something known as “callback hell.”

Promises offer us a more elegant and readable way to see the flow of our program.

Writing our own promise: Goldilocks, the Three Bears, and a Supercomputer Here are a couple of things to notice.

The temperature is undefined. What happened?

The function will take a certain amount of time to run. The variable is not set until the delay is over. So while we run the function, setTimeout is asynchronous. The part of the code in setTimeout moves out of the main thread into a waiting area.

Since the part of our function that sets the variable result moves into a holding area until it is done, our parser is free to move onto the next line. In our case, it’s our console.log(). At this point, result is still undefined since our setTimeout is not over.

So what else could we try? We could run getTemperature() and then wait 11 seconds (since our max delay is ten seconds) and then console.log the results.

This works, but the problem with this technique is, although in our example we know the maximum network delay, in a real-life example it might occasionally take longer than ten seconds. And, even if we could guarantee a maximum delay of ten seconds, if the result is ready sooner, we are wasting time.

Promises to the Rescue

We are going to refactor our getTemperature() function to return a promise. And instead of setting the result, we will reject the promise unless the result is “Just Right,” in which case we will resolve the promise. In either case, we will pass in some values to both resolve and reject.

We can now use the results of our promise we are returning (also know as consuming the promise).

.then will get called when our promise resolves and will return whatever information we pass into resolve.

.catch will get called when our promise rejects and will return whatever information we pass into reject.

Most likely, you’ll consume promises more than you will create them. In either case, they help make our code more elegant, readable, and efficient.