Learn how to CI/CD with GitHub Actions and Docker 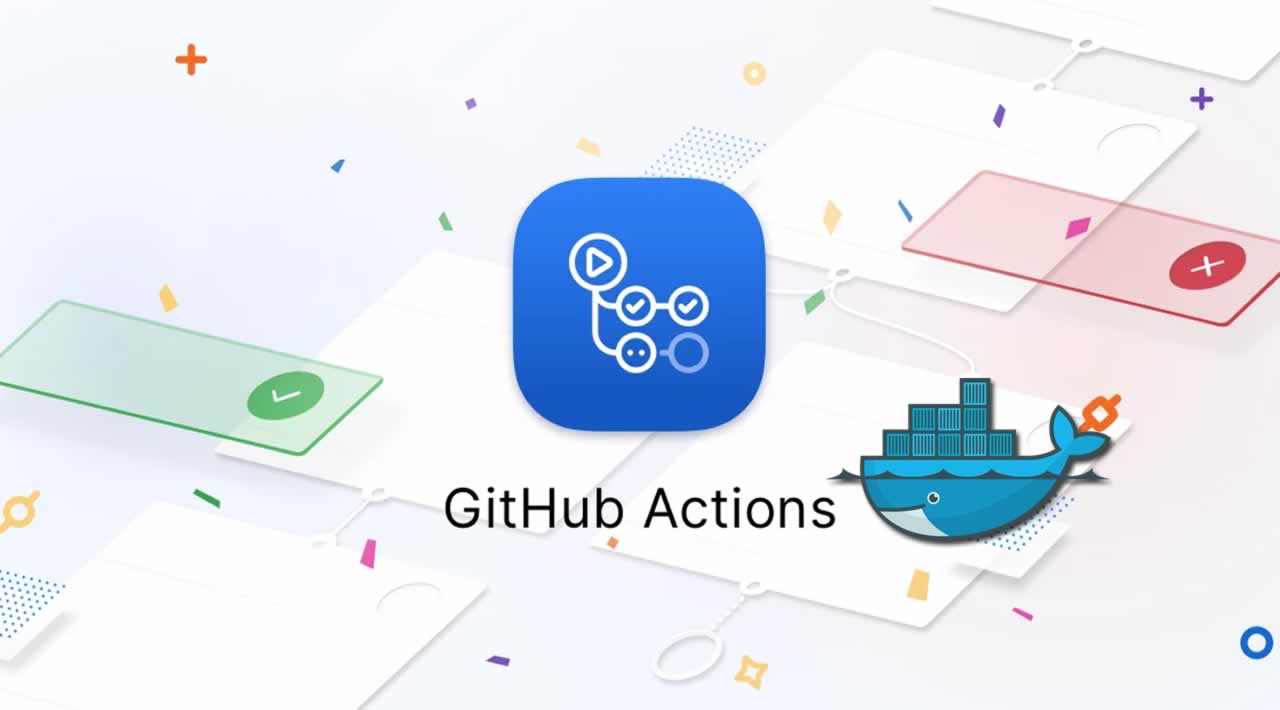 In this post, you'll learn how to CI and CD a Node.JS Application Using GitHub Actions

This article will cover the following:

A workflow of a Node.js app deployed using GitHub actions

The complete source code is available on GitHub

Use Docker instead of bare metal deployment

It copies our package.json, runs npm install and starts the server. To make sure our file is correct, we can run docker build -t abhinavdhasmana/github-action-example-node . from the root folder. If we run docker images , we will see our latest image. We can also run our container with docker run -d -p 3000:3000 abhinavdhasmana/github-action-example-node. Point the browser to http://localhost:3000/ and text will appear.

What are GitHub Actions and how do they work

‘GitHub Actions’ is an API that can react to any event, GitHub’s or our own events. For example, for every push event on the repository, we want our test cases to run.

On every push, perform these actions in the given order

Since we have to run each of these commands inside a docker we have to declare a Dockerfile for each of these actions and run the command in those containers. This is, of course, very tedious and error-prone. Remember, GitHub Actions are code, so we can just reuse, edit and fork them as we do with any other piece of code.

line 1: We want to trigger our workflow when someone pushes the code to our repo

line 3–6: We are defining a job build-and-publish which runs on ubuntu-latest. Each job runs in a fresh instance of a virtual environment. A job can contain one or more steps .

line 8: This is step 1 of our application. Here we want to get our source code. We can write our own code to pull our source code or reuse an open source. The repo link is https://github.com/actions/checkout

line 9-12: This is step 2 of our workflow where we run npm install on our codebase. Again, we use an open source action at https://github.com/actions/npm and pass install as an argument.

line 13–20: These are same as the last step except the argument passed to npm command.

line 21–24: We build a docker image of our code with the help of docker action and tag the image as abhinavdhasmana/github-action-example-node

line 25-29: This one is a little different where we want to login into docker hub. Here we use secrets which are passed as an env variables to our build. We can set these env variables in many ways. To set this up via GitHub, go to Settings-> Secrets and create new secrets

If we commit these changes, GitHub Actions will come into play and start running all the steps in our job. We should see something like this

To validate if a new image has been pushed to DockerHub, we should see a new image being pushed in Docker Hub