In this video will learn about one of the very famous sorting techniques, the Quick Sort Algorithm with Program in Python.

Quicksort is an efficient sorting algorithm. Developed by British computer scientist Tony Hoare in 1959 and published in 1961, it is still a commonly used algorithm for sorting. When implemented well, it can be about two or three times faster than its main competitors, merge sort and heapsort. 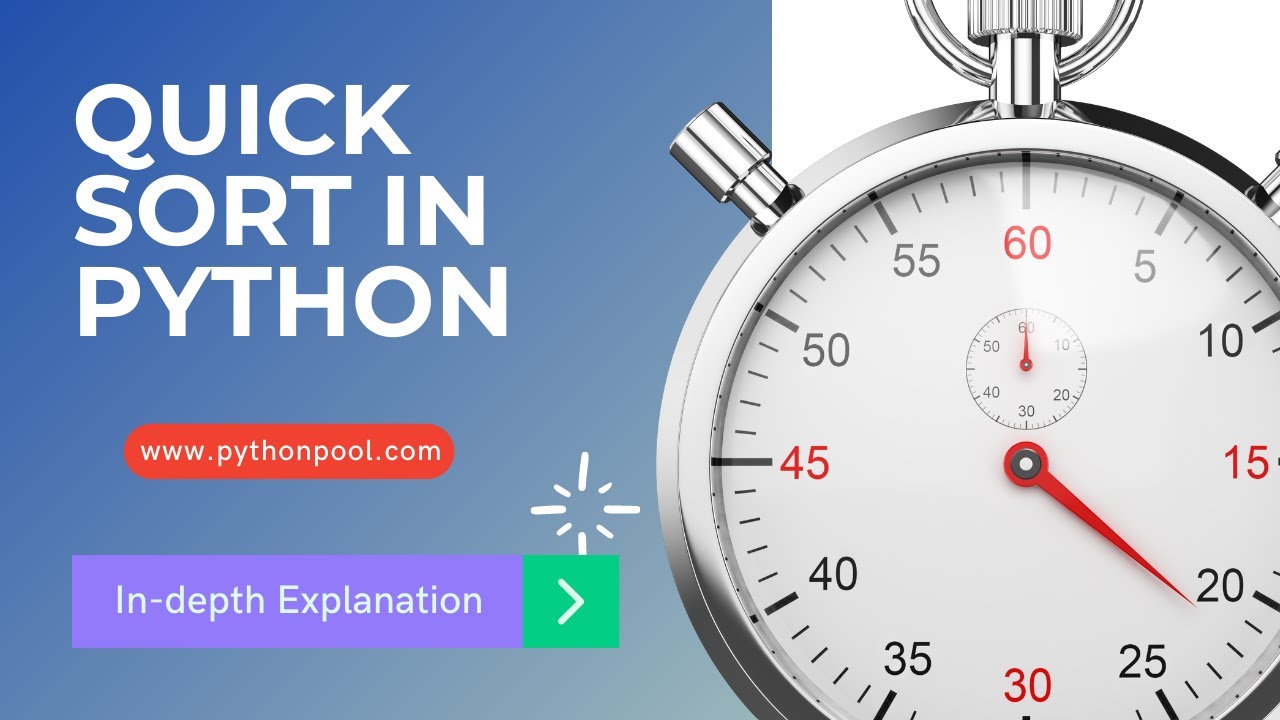