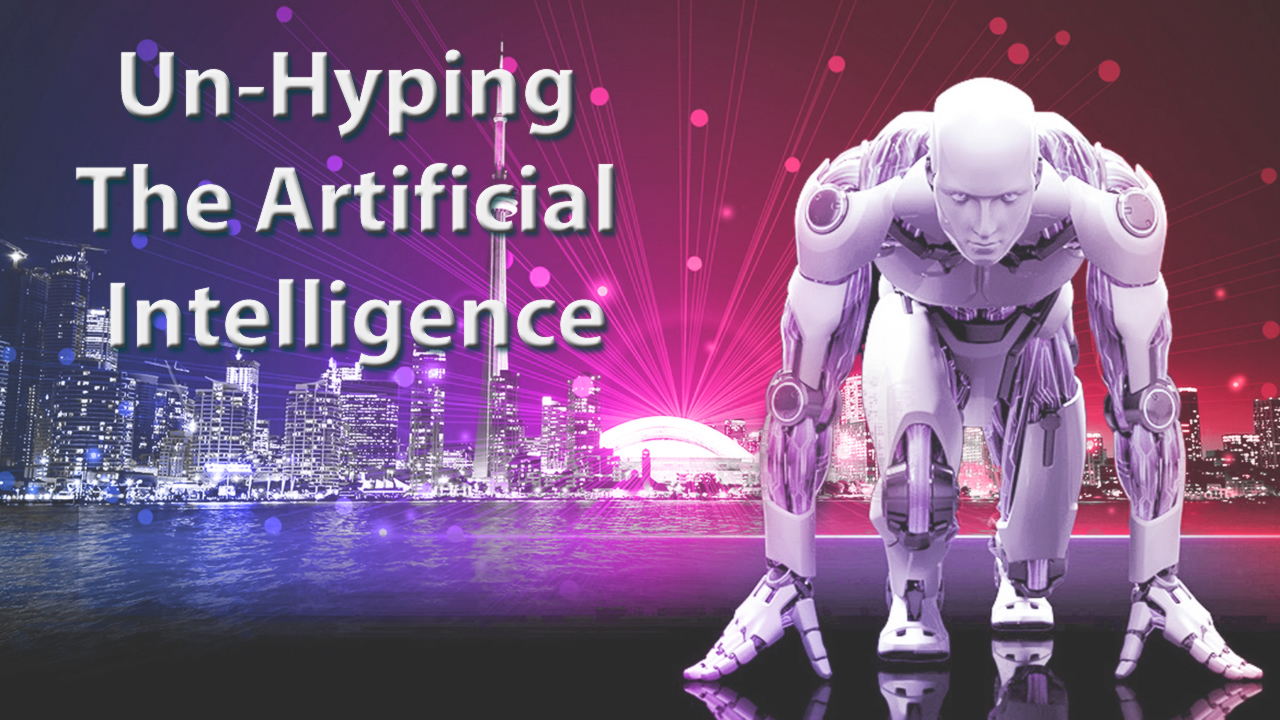 Let’s demystify AI once and for all. What are its roots? Is AI really here? If not then what is the current reality?

I’ve been an editorial associate for TDS for a few years and I’ve been inspired by the quality of content that I’ve had the pleasure of reviewing and most of all, learning from. What I’ve also realized is that for all the technical expertise in this evolving discipline, we also need to answer some fundamental questions about AI. I will address those questions in “Ask Us Anything”. I welcome your comments. Enjoy!

In the purest definition, Artificial Intelligence has not yet arrived.

Geoffrey Hinton, head of Google Brain, believed that computers could think just like humans, using intuition, rather than rules. said this:

By definition, this is what John McCarthy, the father of AI says:

Therefore, computer-enabled systems will process information to produce outcomes in a similar manner to the thought process of humans in learning, decision making and problem solving. Here are cornerstones of AI:

AI, in fact, is a broad term that surfaced in 1950s in attempts to get computers to perform human tasks. While we are moving towards this, we are much farther away from this reality.

Most of what we identify with AI today includes massive number crunching, which takes into account more variables than a human possibly can to categorize incoming data and to be able to make fairly good predictions.

Here are the stages of AI:

Today machines are trained ie. codes are written by humans to create a system capable of learning that one thing. We are squarely in a time where we are teaching machines to do just one or a few things as well or better than humans.

What are the Roots of AI?

The Biological Neuron AND How Humans process information

To understand how AI evolves, we also need to understand the human brain, all the way down to the individual neuron — which is the heart of AI. “_Neurons are specialized cells of the brain and nervous system that transmit signals throughout the body._” Their interactions define who we are as people. Neurons will sense both internal and external stimuli. Neurons will also process information and transmit signals throughout the body. They will send these signals in the form of commands to our muscles that will direct our actions.

Every stimulus we receive both internally and externally will send these signals to other neurons within our system. Consider that the average human has 48.6 thoughts per minute, translating into over 70,000 thoughts per day. If even 10% of those thoughts transmit signals throughout the body, over 7,000 signals can direct commands that prompt the body’s muscles to carry out functions like going to the store, calling a friend, researching a piece of information, and so on. So through AI, the approach is to replicate the actions of a biological neuron through computers: Each node in a neuron represents the information that fires off signals to other nodes in the network. Those signals process that information across the network at unimaginable speeds and activates signals of other neurons… and so on…

The human brain consists of about one billion neurons. Each neuron forms about 1,000 connections to other neurons, amounting to more than a trillion connections.

According to The Scientific American:

If each neuron could only help store a single memory, running out of space would be a problem. You might have only a few gigabytes of storage space, similar to the space in an iPod or a USB flash drive. Yet neurons combine, so that each one helps with many memories at a time, exponentially increasing the brain’s memory storage capacity to something closer to around 2.5 petabytes (or a million gigabytes). For comparison, 2.5 pedabytes equates to approximately 3 million hours of TV. If your brain worked like a PVR, 2.5 petabytes would be enough to hold three million hours of TV shows. You would have to leave the TV running continuously for more than 300 years to use up all that storage.

To what Extent can Computers Think?

Reality check: Computers can perform as well as the data on which they are trained. Both Machine Learning and Deep Learning have made significant strides.

Machine Learning — can be defined as an approach to achieve artificial intelligence through systems that can learn from experience to find patterns in a set of data. This means, teaching a computer to recognize patterns by example rather than just programming it with specific rules. In common examples, Machine learning can be used to train computers to identify images, and categorize them through computer vision, understand and analyze human language, including text and voice (Natural Language Processing).

Understanding how a neuron functions has essentially contributed to Hinton’s creation of the Neural Network in the practice of Deep Learning. By definition, the Neural Network are a “set of algorithms, modeled loosely after the human brain, designed to recognize patterns.” A neural network usually involves a large number of processors operating in parallel and arranged in tiers:

In this mechanistic way we are attempting to mimic the human brain function. Our brains are spread across a vast network of cells “ _linked by an endless map of neurons, firing and connecting and transmitting along a billion paths._”

To answer the question, computers are unable to think, at least at the level of humans. Computers are able to look for patterns in the data and surface insights as more information is taken in. What computers cannot do are accurately define context. Human cognition can easily differentiate between Tom Cruise, the actor and a cruise ship. Computers require massive data input volume to consistently make these simple distinctions over time. In order to do this, they still need time to mature, and be reared by their predecessors — yes, the “_special wonderful machines_” Hinton deemed as humans:)

One of the best things about AI is that you have a lot of open-source content, we use them quite frequently. I will show how TensorFlow Hub makes this process a lot easier and allows you to seamlessly use pre-trained convolutions or word embeddings in your application. We will then see how we could perform Transfer Learning with TF Hub Models and also see how this can expand to other use cases.