The Best Docker Courses for Beginners 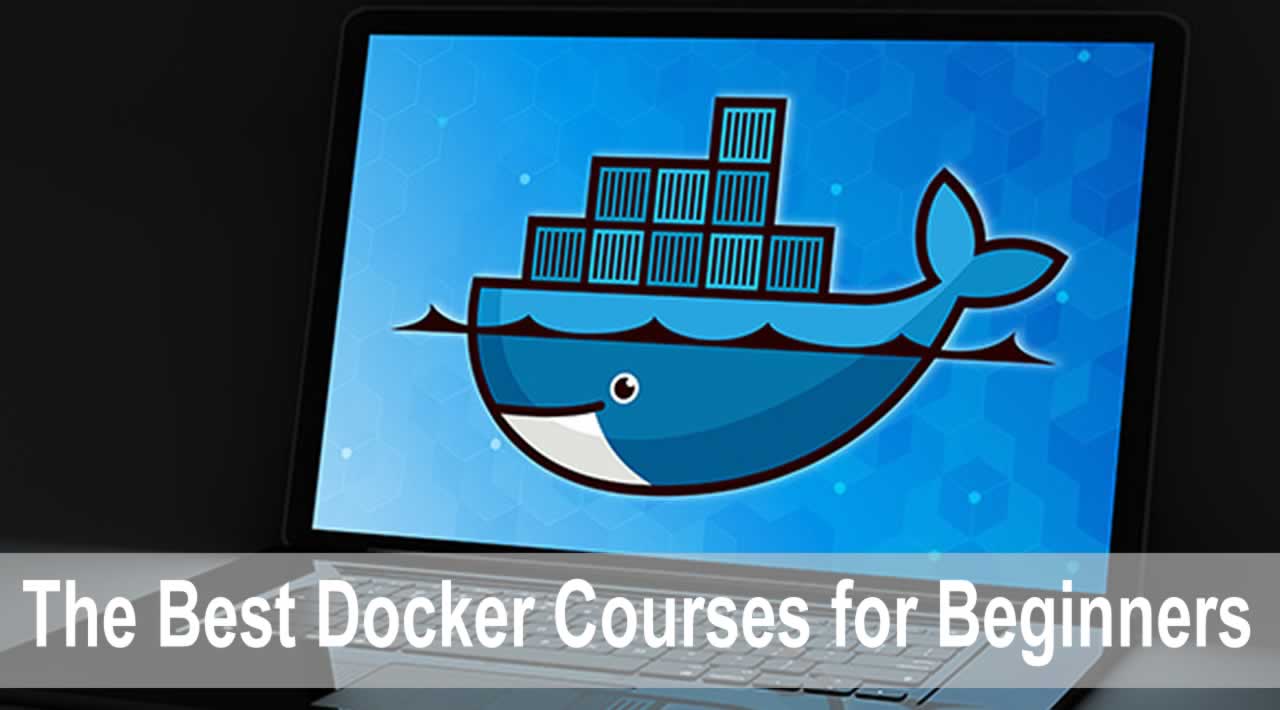 Docker is an open platform for developing, shipping, and running applications. Docker enables you to separate your applications from your infrastructure so you can deliver software quickly. With Docker, you can manage your infrastructure in the same ways you manage your applications. By taking advantage of Docker’s methodologies for shipping, testing, and deploying code quickly, you can significantly reduce the delay between writing code and running it in production.

Docker came first into the picture in 2013 and has been gaining popularity ever since. It has over 150 million downloads, and over 100K applications are running as dockerized applications that is a LOT!

If you're studying Docker for one reason or another and are looking for some great courses to start your journey, then you've come to the right place. In this article, I will share some of the best online, paid and free courses from Udemy to learn Docker.

1 . Docker for the Absolute Beginner - Hands On - DevOps

This is the most popular Docker course. This course was developed by Mumshad Mannambeth, a renowned instructor on Udemy. Currently, This course has nearly 41000 students and excellent star ratings.

If you have heard all the buzz around Docker and containers and are wondering what they are and how to get started using them, then this course is for you.

This course introduces Docker to an Absolute Beginner using really simple and easy to understand lectures. Lectures are followed by demos showing how to setup and get started with Docker. The coding exercises that accompany this course will help you practice Docker commands and developing your own images using Dockerfiles and practice Docker Compose. You will be developing Docker files for different use cases right in your browser. This way you don’t really need to have your own environment setup to get some hands on practice. The coding exercises will validate your commands and Dockerfiles and ensure you have written them correctly.

This course covers all the fundamentals about Docker software and teach you everything you need to know about developing and deploying modern applications with Docker software.

In the end of this course, you will gain in-depth knowledge about Docker software and general DevOps skills to help your company or your own project to apply the right docker workflow and continuously deliver better software.

This course was developed by Tao W., Level Up, James Lee, This course is very hands on, James has put lots effort to provide you with not only the theory but also real-life examples of developing Docker applications that you can try out on your own laptop.

James has uploaded all the source code to Github and you will be able to follow along with either windows, MAC OS or Linux.

In the end of this course, James is confident that you will gain in depth knowledge about Docker and general DevOps skills to help your company or your own project to apply the right docker workflow and continuously deliver better software.

3 . Understanding Docker and using it for Selenium automation

This is another good course to learn and understand the basics of Docker while automating Selenium test cases for your project.

The course is specially designed for DevOps engineers, automation guys, testers, and developers. The course is divided into three main parts: Introduction of Docker, Docker Compose, and Selenium Grid with Docker.

The three sections are independent of each other, and you can learn than in parallel or switch back and forth.

4. Docker and Containers: The Essentials

Docker and containers are a whole new way of developing and delivering applications and IT infrastructure.

This course will cover Docker and containers, container registries, container orchestration, understand if this will work for the enterprise, and how to prepare yourself for it.

In this course you will learn about:

In short, an excellent course for anyone who wants to get up to speed with containers and Docker.

Docker has become the de facto standard for defining and running containers in the Linux operating system. Kubernetes is Red Hat's choice for container orchestration.

Docker has become the de facto standard for defining and running containers in the Linux® operating system. Kubernetes is Red Hat's choice for container orchestration. OpenShift, built upon Docker, Kubernetes, and other open source software projects, provides Platform-as-a-Service (PaaS) for the ultimate in deploying applications within containers.

If you are looking for 5 best Docker courses for beginners, then this article has it all. It's one of the essential skills if you are developing a mobile application or web . You will not only gain an essential skill but also take your career to the next level, given the high demand for Docker specialist and developer who knows Docker. 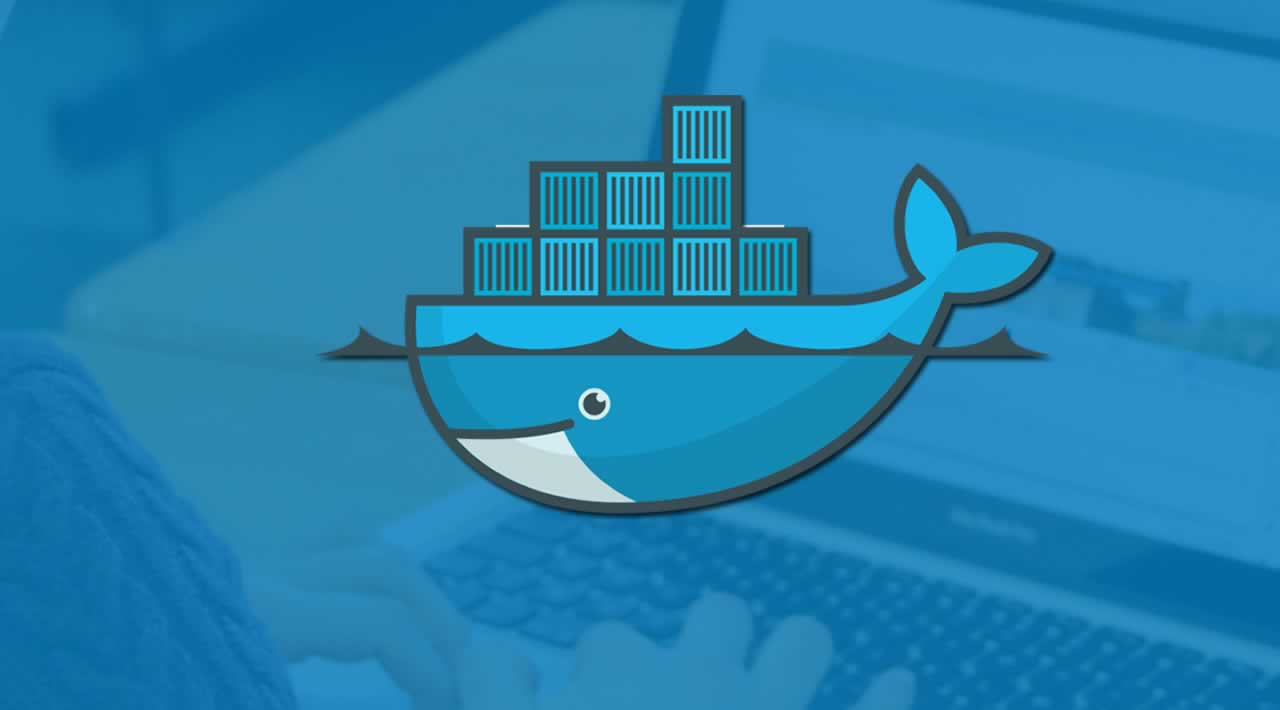 Since Docker’s release in 2013, the use of containers has been on the rise, and it’s now become a part of the stack in most tech companies out there. Sadly, when it comes to front-end development, this concept is rarely touched.

Therefore, when front-end developers have to interact with containerization, they often struggle a lot. That is exactly what happened to me a few weeks ago when I had to interact with some services in my company that I normally don’t deal with.

The task itself was quite easy, but due to a lack of knowledge of how containerization works, it took almost two full days to complete it. After this experience, I now feel more secure when dealing with containers and CI pipelines, but the whole process was quite painful and long.

The goal of this post is to teach you the core concepts of Docker and how to manipulate containers so you can focus on the tasks you love!

The what and why for Docker

Let’s start by defining what Docker is in plain, approachable language (with some help from Docker Curriculum

Docker is a tool that allows developers, sys-admins, etc. to easily deploy their applications in a sandbox (called containers) to run on the host operating system.
The key benefit of using containers is that they package up code and all its dependencies so the application runs quickly and reliably regardless of the computing environment.

This decoupling allows container-based applications to be deployed easily and consistently regardless of where the application will be deployed: a cloud server, internal company server, or your personal computer.

In the Docker ecosystem, there are a few key definitions you’ll need to know to understand what the heck they are talking about:

To fully understand the aforementioned terminologies, let’s set up Docker and run an example.

The first step is installing Docker on your machine. To do that, go to the official Docker page, choose your current OS, and start the download. You might have to create an account, but don’t worry, they won’t charge you in any of these steps.

After installing Docker, open your terminal and execute docker run hello-world. You should see the following message:

Let’s see what actually happened behind the scenes:

The “Hello, World!” Docker demo was quick and easy, but the truth is we were not using all Docker’s capabilities. Let’s do something more interesting. Let’s run a Docker container using Node.js.

So, as you might guess, we need to somehow set up a Node environment in Docker. Luckily, the Docker team has created an amazing marketplace where you can search for Docker images inside their public Docker Hub. To look for a Node.js image, you just need to type “node” in the search bar, and you most probably will find this one.

So the first step is to pull the image from the Docker Hub, as shown below:

Then you need to set up a basic Node app. Create a file called node-test.js, and let’s do a simple HTTP request using JSON Placeholder. The following snippet will fetch a Todo and print the title:

I wanted to avoid using external dependencies like node-fetch or axios to keep the focus of the example just on Node and not in the dependencies manager.

Let’s see how to run a single file using the Node image and explain the docker run flags:

The output of running the previous command should be: The title is "delectus aut autem".

Since this post is focused on front-end developers, let’s run a React application in Docker!

Let’s start with a base project. For that, I recommend using the create-react-app CLI, but you can use whatever project you have at hand; the process will be the same.

You should be able to see the homepage of the create-react-app project. Then, let’s introduce a new concept, the Dockerfile.

In essence, a Dockerfile is a simple text file with instructions on how to build your Docker images. In this file, you’d normally specify the image you want to use, which files will be inside, and whether you need to execute some commands before building.

Let’s now create a file inside the root of the react-test project. Name this Dockerfile, and write the following:

When working in yarn projects, the recommendation is to remove the node_modules from the /app and move it to root. This is to take advantage of the cache that yarn provides. Therefore, you can freely do rm -rf node_modules/ inside your React application.

After that, you can build a new image given the above Dockerfile, which will run the commands defined step by step.

To check if the Docker image is available, you can run docker image ls.

Now it’s time to run the container by using the command you used in the previous examples: docker run.

Be aware of the -it flag, which, after you run the command, will give you a prompt inside the container. Here, you can run the same commands as in your local environment, e.g., yarn start or yarn build.

To quit the container, just type exit, but remember that the changes you make in the container won’t remain when you restart it. In case you want to keep the changes to the container in your file system, you can use the -v flag and mount the current directory into /app.

After the command is finished, you can check that you now have a /build folder inside your local project.

This has been an amazing journey into the fundamentals of how Docker works.