I have two Ubuntu servers in a corporate environment. My plan is to setup a Sawtooth Validator on one machine and Sawtooth Client on the other.

I have two Ubuntu servers in a corporate environment. My plan is to setup a Sawtooth Validator on one machine and Sawtooth Client on the other.

I am able to run both of them on the same machine.

How do I setup a client on another machine and connect it to my current validator setup. Are there any files I need to copy or any docker images to copy or is there any configuration that needs to be done?

All the blogs available online explain the setup of a client and validator on the same machine. I haven't come across any blog explaining the setup on different machines.

I have a couple of question regarding the tamper proof mechanism of the blockchain.

I have a couple of question regarding the tamper proof mechanism of the blockchain.

My Question: If a suspect changed the content of a block long after the block got added, will the calculation of hash and placing the hash in the next block happens automatically ?. Suppose if some one has already illegally changed the content and the link is broken, is there an automatic mechanism to trigger the event that the link has been broken ?. At what time the tampered copy of blockchain will be identified and invalidated ?

2) My understanding: In Hyperledger fabric I uderstood that ledger = blockchain + worldstate. The world state is calculated based on the blockchain. The application will depend on worldstate values, the applications will not traverse through blockchain to find a value.

My questions are: i) how frequetly the worldstate is recalculated ?

iii) what if a suspect tampers the worldstate on a peer. how this situation is set right ? will the tampering be detected during the consensus or any other acticity ?

I read and understood that the blockchain is tamper proof, but really want to understand which processes safe guard the BC ? 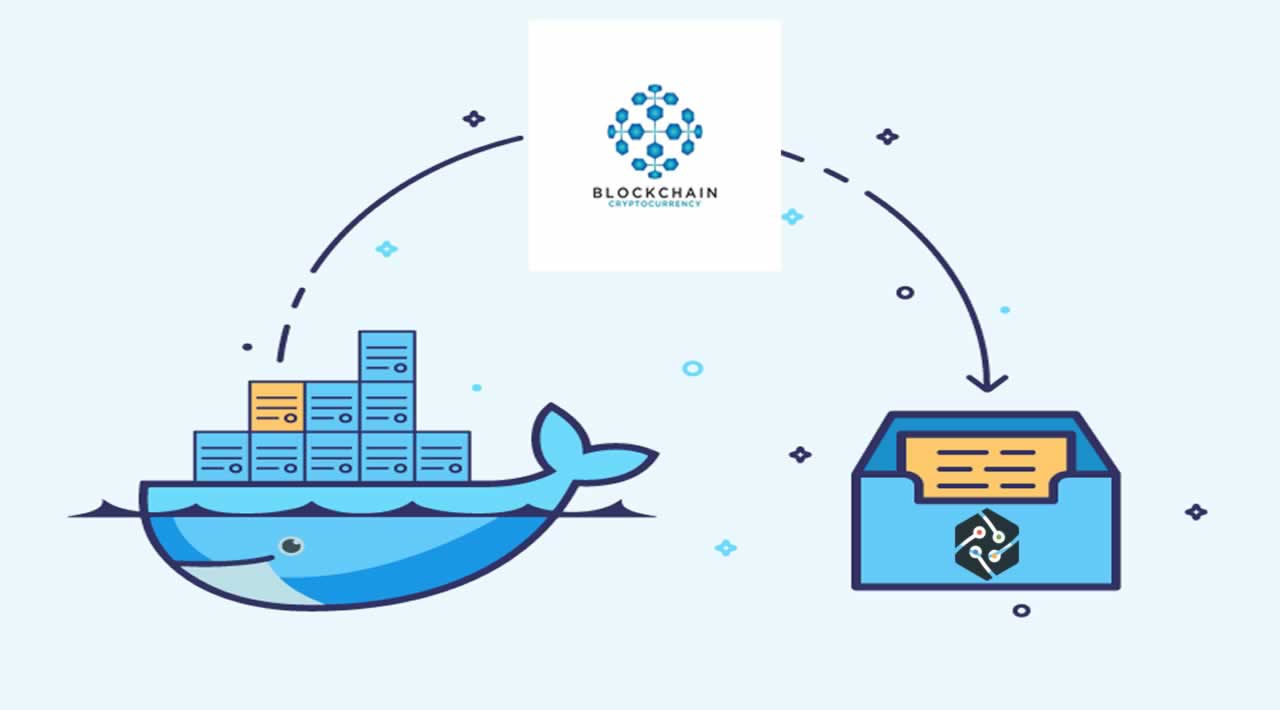 Docker is the single most important tool when developing blockchain applications.

Docker is the single most important tool when developing blockchain applications.

When you are developing blockchain applications,

1. you are creating a distributed application, locally

2. you need automation to reduce the time spent on error-prone steps involved in deploying and testing

3. you want to test your application with real users as soon as possible!

These factors, and many more, make Docker an invaluable tool in your toolkit. Not only is Docker a tool to ease your development, it also enables and encourages a different way of working — a way of working which lowers technical debt and increases agility (the reaction speed to changing environments).

is a container platform — much like the containers found on container ships — which enables the creation, shipment and deployment of small, self-contained, software components. These components can then be combined to create a service offering (SaaS), web or mobile application (app), or distributed blockchain application (dApp).

The Docker engine (Community Edition or CE) is free of use and runs on nearly every platform. Installing it is easy, just download and run the installer found on the Docker docs page. Once it is installed, creating and running Docker containers is just a matter of entering ‘docker run <image>’ from the command line, where <image> is the name of the image published on the Docker Hub. A private image can also be run, by prepending the image name with the name of the private or local hub.

How can I create my own Docker Image?

After installing Docker and running the ‘hello world’ example, it is time to create your first image and run it. Before you alt-tab out of here: this is easier than it sounds! All you need, is a single text-file called ‘Dockerfile’. These are the steps to follow:

4. Save & close the file, then execute docker build -t python-test .

5. After a while (some base images will be downloaded), your image is built and ready to use! Enter the following command to get it up and running: docker run -it --rm python-test

The output should be:

Even without any version of python installed on your local machine (this command itself also does not install python), the script is executed and its result shown in your terminal.

Some explanation of the commands used in these steps:

docker build = Builds new docker images. You can give them a name (python-test in our example) with the -t option and it requires a path to the Dockerfile ( . in our example)

docker run = Runs docker images. You can use -it to attach an (interactive) terminal to the docker container and --rm to automatically remove the container when it finishes. An identifier for the image to run is required (again python-test in our example).

How do I speed up blockchain application development using Docker?

So now we have Docker installed and can download, build and run docker containers, we are ready for the next step: speeding up blockchain application development using Docker.

First up, it is important to see that there are 3 distinct components that interact in a basic blockchain application, namely:

These 3 components are a perfect fit for independent Docker containers, so let’s get started!

First, create a new folder for this project. I’ve called it minimal-blockchain-docker, but you’re free to be more creative of course.

Then run npm init in this folder and just go with all the default answers.

Create a services folder and navigate to it using the command line, install the Vue CLI (https://github.com/vuejs/vue-cli) if you haven’t done so yet and initialise the web interface:

You can do this, if you want to check if the standard Vue page gets hosted correctly and works out of the box. (it should!)

We now have a working UI component. Yay!

Let’s get working on thew smart contracts now, it’s the heart of our blockchain application!

First, go back to the services folder, and create a smart-contracts subfolder in which we init a basic Truffle project (after installing Truffle, if we haven’t done so yet):

There we go, we now have a boilerplate smart contract in solidity, ready to compile and run!

The compilation of the contract we can already do by executing truffle compile . At the time of writing, this gives some deprecation warnings on the boilerplate code, but it does compile (which is good!).

To actually run the code, we also need a testing environment to run this on… so let’s create one!

This one is a bit different from the other two components: we are just going to run it out of the box (kinda).

What is Ganache-CLI? (https://github.com/trufflesuite/ganache-cli) It’s a test framework on which we can deploy our smart contracts and use to test our blockchain application. Installation and running it is straightforward:

So, once this is running you can then

However, if you change a smart contract — it is required to restart ganache-cli, compile and migrate the solidity contracts and restart the UI (if needed). That’s a hassle?! Also — if you host this software somewhere or want to run it on a different machine for any reason, you have to go through all these steps again.

We can do better than this!

Step 5: Putting it all together in a single docker-compose file

Docker-compose (https://docs.docker.com/compose/) is a tool for running multi-container Docker applications.

Tip: this file is also accessible in our Github page: docker-compose.yml

Building and starting these docker images is as simple as running docker-compose up . Try it!

This fixes us having to start all the containers ourselves, but we still need to find a way to automate the building and deployment of the solidity smart contracts. For this, we use the NPM scripting language:

Tip: All of the scripts are in the package.json file in our Github repository.

That’s it, we’ve automated pretty much everything to get this running on your laptop (or any other laptop or VM). So…

Well, next step is to get this into production and monitor the running dApps.

Next blog we will get into how we can run these containers (and the smart contracts) on a Kubernetes cluster!

If you spot any errors, or have any suggestions on improvements: please leave either a comment here, or at the Github page. Also, if you liked this post — don’t forget to clap and share it with all of your programming buddies!

☞ Blockchain A-Z™: Learn How To Build Your First Blockchain