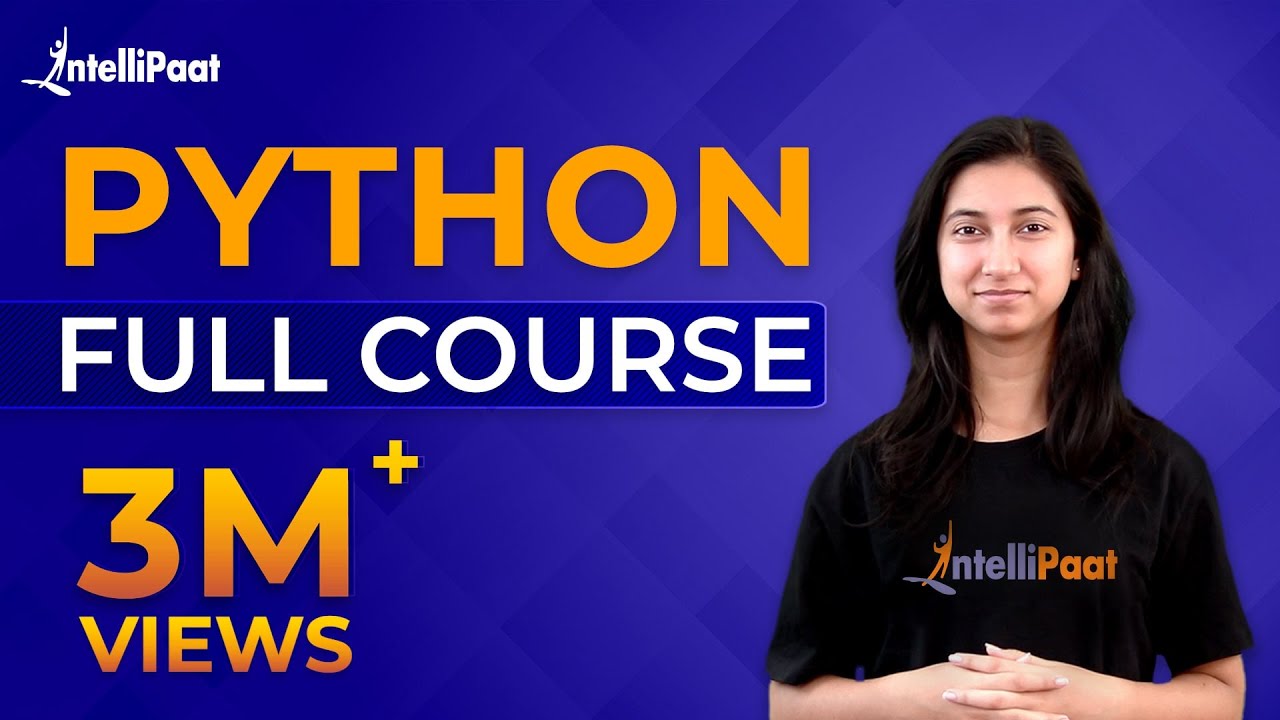 This Python tutorial for beginners video will help you master end to end Python programming course. We have covered Python projects and Python Interview Questions as well in this Python full course tutorial.

Why Python programming is important?

This Python programming tutorial will show you how Python language has an elegant syntax, is easy to code, debug and run. You will learn Python is deployed across industry verticals by going through this video. Some of the main applications of Python are in Data Science, machine learning, statistical analysis, web development and web scraping. The Intellipaat Python tutorial is easy to understand, has real world Python examples and thus makes you understand why Python programming is so important and why you should learn Python and go for a Python career.

Why should you opt for a Python career?

🔥Intellipaat Python course: https://intellipaat.com/python-for-data-science-training/ This python tutorial is an end to end Python course video where you wil...