Map() vs. forEach() in JavaScript - What Is the Difference 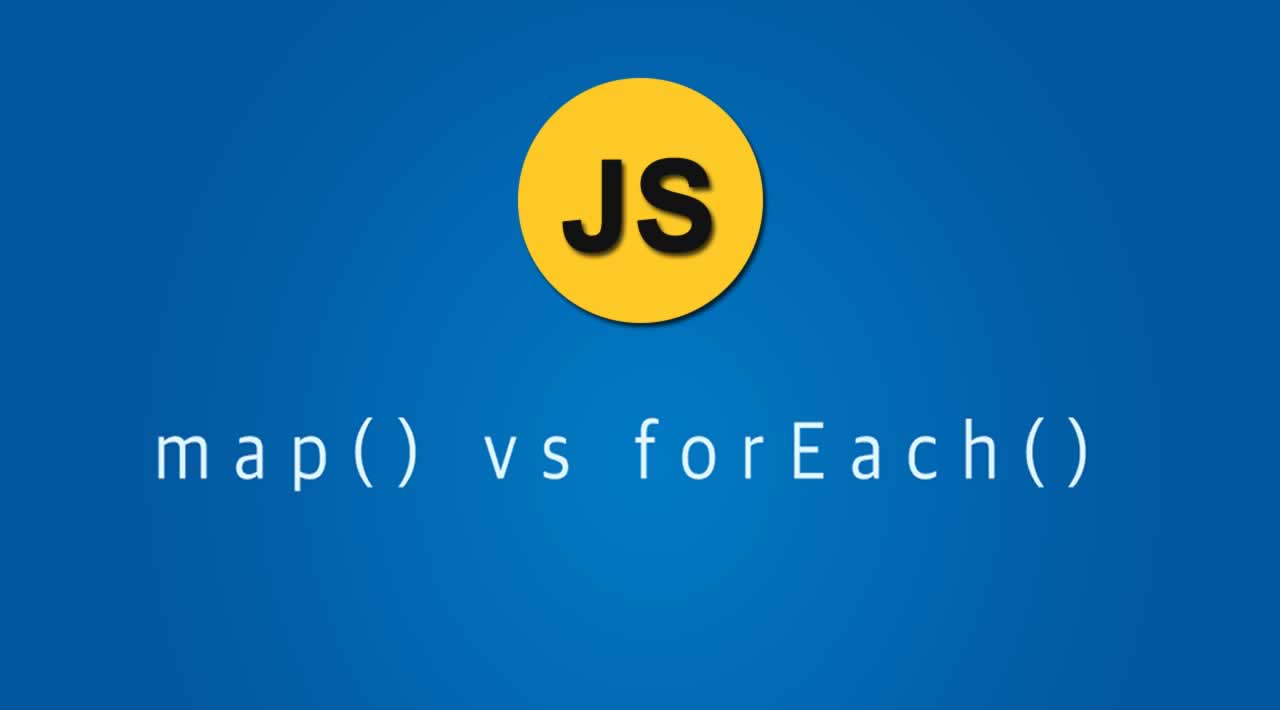 In this post, I am going to talk about the main difference between each and show you some examples of their usages.

Some of the most loved functions in JavaScript might be map and forEach. They both started to exist since ECMAScript 5, ores5 in short.

In this post, I am going to talk about the main difference between each and show you some examples of their usages.

Basically, looping over an object in JavaScript counts on whether or not the object is an iterable. Arrays are iterable by default.

map and forEach are included in the Array.prototype, so we don’t need to think about iterable. If you want to study further, I recommend you check out what an iterable object is in JavaScript!

The for loop has been with us since the very beginning of the JavaScript era. It takes 3 expressions: the initial value, condition, and final expression.

This is a classic way of looping an array. Since ECMAScript 5, new functions have appeared to make us happier.

map does exactly the same thing as what the for loop does, except that map creates a new array with the result of calling a provided function on every element in the calling array.

The callback function can be used as below.

The result of map is not equal to the original array.

You can also pass the object to the map as thisArg.

The object obj became the thisArg for map. But the arrow callback function can’t get obj as its thisArg.

This is because arrow functions work differently from normal functions.

forEach is another looping function for an array but there’s a difference between map and forEach in use. There are two parameters that map and forEach can take — a callback function and thisArg which they use as their this.

map returns a new array of its original array. forEach, however, does not. But both of them ensure the immutability of the original object.

Since the main difference between them is whether or not there is a return value, you would want to use map to make a new array and use forEach just to map over the array.

This is a simple example.

In React, for example, map is used very commonly to make elements because map creates and returns a new array after manipulating data of the original array.

On the other hand, forEach is useful when you want to do something with the data without creating a new array. By the way, the example could be refactored using filter.

To summarize, I recommend you use map when creating a new array that you will use, and use forEach when you don’t need to make a new array, but rather, there’s something you want to do with the data.

Some posts mentioned map is faster than forEach. So, I was curious if it’s for real. I found this comparison result:

The code looks very similar but the results are the opposite. Some tests said forEach is faster and some said map is faster.

Maybe you are telling yourself that map/forEach is faster than the other, and you might be right. I’m not sure, honestly. I think readability is much more important than the speed between map and forEach when it comes to modern web development.

But one thing’s for sure — both of them are slower than the built-in feature of JavaScript, for loop.

map and forEach are handy functions for looping over an iterable object and might beautify your code and give you more readability.

But one really important keynote to keep in mind is to understand what each does and when to use each.

map would be good when you want to make a new array that does not affect the original array, and forEach would be nicer when you just want to map over an array.