VUE Libraries You Should Know Current 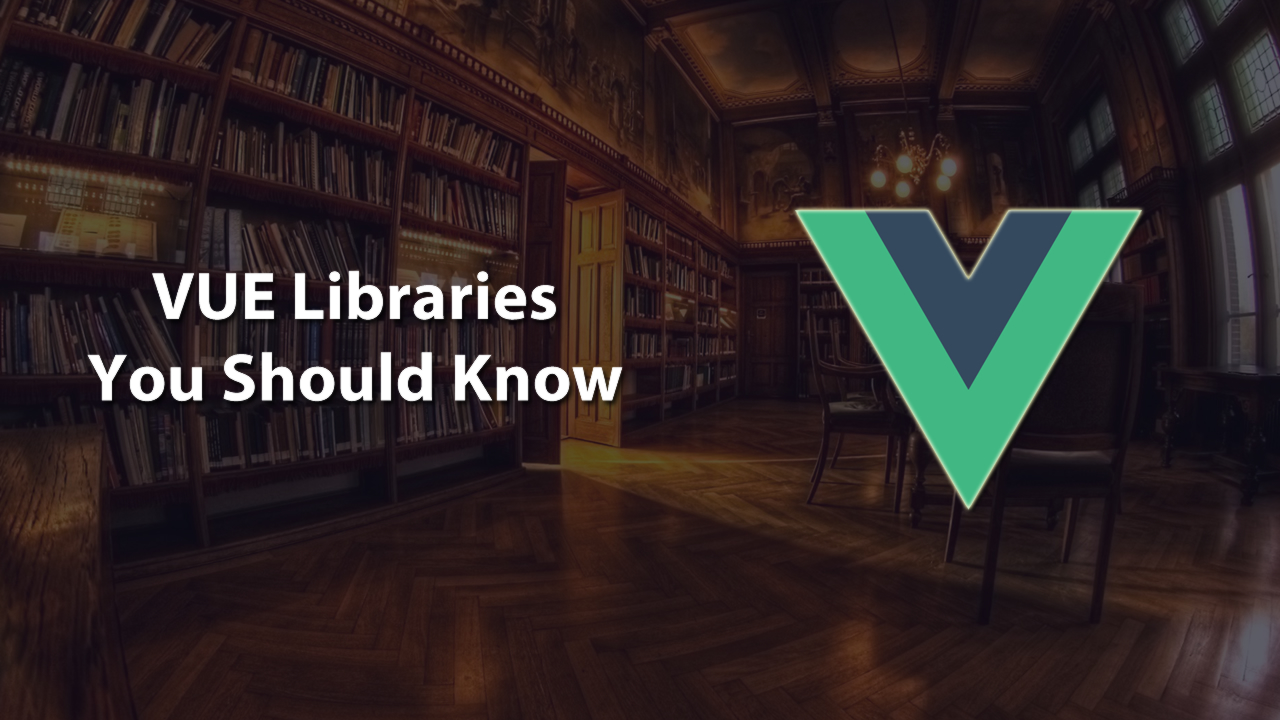 A list of Vue.js libraries that every modern-day developer should know. Keeping up to date with all the latest trends around the Vue ecosystem is hard.

Keeping up to date with all the latest trends around the Vue ecosystem is hard. Projects are being developed at a rapid pace. And new projects pop up every day. It is easy to miss out on some of the great libraries that are available in the Vue ecosystem.

Whether you are a seasoned front-end developer or just starting out with Vue, you want to make your life as a developer as easy as possible. That’s exactly why we’ll be going over the top nine Vue libraries that every modern-day developer should know.

Vue-Lazyload is a great library for lazy loading of not only images but also components.

Lazy loading is a programming practice in which you only load or initialize an object when you first need it. In web development, lazy loading is often used to load an image just before it enters the viewport.

This can potentially give you a big performance boost, especially if you have a lot of images in your application.

The Vue-Lazyload library is also able to lazy-load components, using a lazy container, which makes it able to load a group of images in one container.

With over 5k stars on GitHub, Vue-Lazyload is a very popular library when it comes to lazy loading.

The vue-head library makes manipulating the information in the head tag a piece of cake.

By adding a headobject to a component, you’re able to change the title of the page, for example. This library is also extremely helpful when it comes to adding meta tags to optimize your application for search engines (SEO).

The vue-head library has almost 1k stars on GitHub and has been around for quite a few years.

The BootstrapVue library is exactly what the name describes: Bootstrap components built with Vue. Bootstrap is an open-source toolkit for developing with HTML, CSS, and JS. It’s the world’s most popular front-end framework.

What is great about BootstrapVue is that it provides one of the most comprehensive implementations of the Bootstrap v4.3 component and grid system for Vue.js. This includes extensive and automated WAI-ARIA accessibility markup.

This library is great for building responsive, mobile-first applications, which is why it’s a great choice as the UI foundation for your Vue.js application.

The Vue-multiselect library is the way to go if you need a little bit more than HTML’s standard select.

Besides the traditional single select, this library also has to offer multiple select, asynchronous select, tagging, the ability to search within the options, and much more.

This library allows custom configuration, which makes it highly customizable. I would highly recommend this library if you need to use some sort of select in your application.

This library has almost 5k stars on GitHub and is, according to their website, probably the most complete selecting solution for Vue.js, without jQuery.

Another popular UI toolkit is Element UI. With over 40k stars on GitHub, the Element UI toolkit absolutely has to be on this list. It is one of the most popular projects in the Vue.js ecosystem, which provides a wide variety of UI components.

It has great browser support: modern browsers and Internet Explorer 10+ are supported.

This library has way too many components to list them all right here, so I suggest you check out Element UI itself.

vuelidate is a library that provides simple, lightweight, model-based validation for Vue.js. Although quite similar libraries exist in the Vue ecosystem, there is a big difference between those libraries and vuelidate.

Most other libraries require you to write the validation rules inside the template. This introduces a lot of noise in your templates. One could also argue that templates are not the best place for declaring application logic. The validations in vuelidate are completely decoupled from templates.

If you’re running into the problem of validating your forms client-side, I would highly suggest you go and check out vuelidate.

When you need drag-and-drop functionality for your application, you don’t have to look any further than Vue.Draggable.

This library is based on Sortable.js and it offers all of its features. Vue.Draggable helps you build complex drag-and-drop interfaces and focuses on getting the drag-and-drop interaction right, leaving its visual aspects to you.

This library also supports touch devices and has no jQuery dependency.

GraphQL is hot nowadays. There is a lot of buzz around it. And there’s good news for you if you’re using Vue.js and you also want to jump on the GraphQL bandwagon.

The Vue Apollo library makes the use of Vue.js and GraphQL/Apollo together smooth and pleasant.

If you’re already familiar with GraphQL and Apollo, it shouldn’t be too hard to get things up and running. If you want to use GraphQL in your application, this library is a must-have.

If you need a multi-language application, then you’ll definitely need the Vue-18n library.

Vue-i18next is a powerful internationalization plugin for Vue.js, based on i18next. It provides you with a complete solution to localize your product from web to mobile and desktop.

The i18next library has translation functionalities like plurals, formatting, and interpolation. And on top of that, this library is component-oriented which means that you can manage locale messages on a single file component.