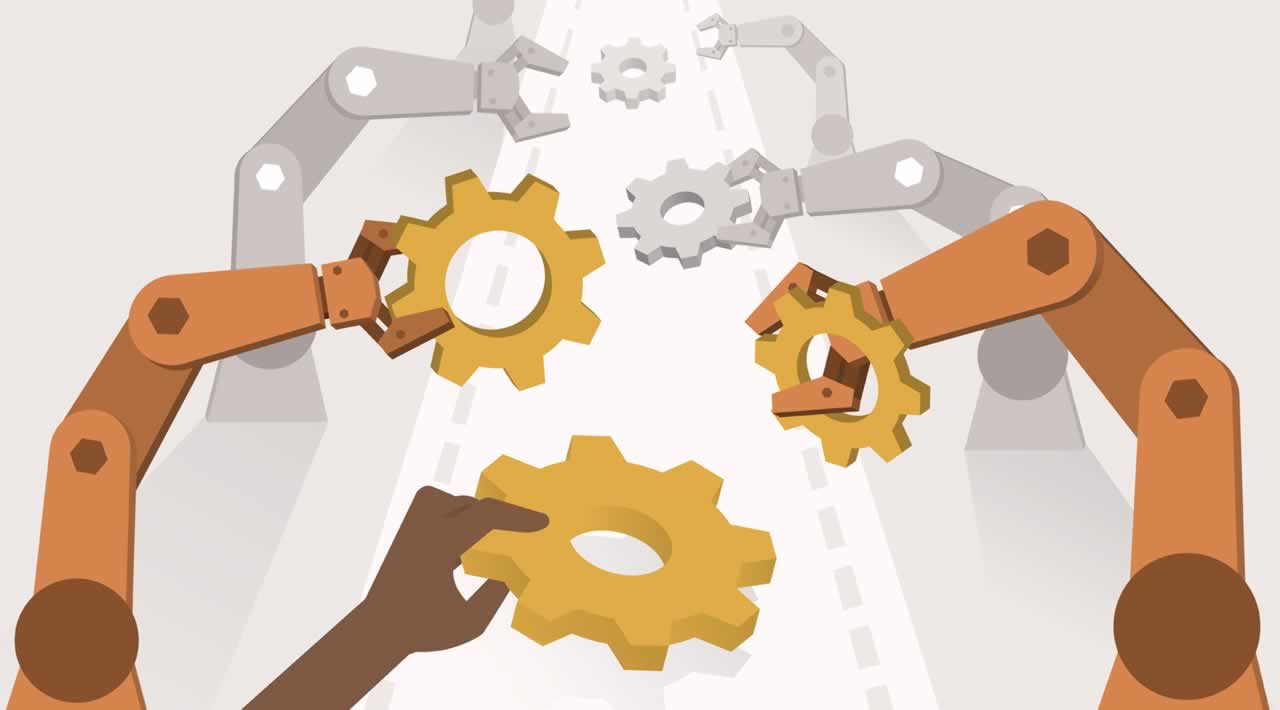 In this tutorial, we learn what a test automation framework, advantages, disadvantages, types of frameworks like Linear Scripting, Test Library ...

The key component of any successful automated testing process is test automation frameworks. Reduced maintenance costs, testing efforts and a higher return on investment (ROI) for QA teams are just some of the key benefits the offer while optimizing Agile processes.

Automation is essential to an efficient testing process for the following reasons as elucidated below:

Executives in the software development domain have fostered an extensive understanding of how implementing an automation framework benefits their business and many in this space have started using the term "framework" quite often, knowing how it can become key to the success of software automation project.

But still, to many, the question remains – what exactly is a test automation framework and automation script? How does it work and what advantages can the framework bring to the testing process?

In any industry, automation is generally interpreted as automatic handling of processes through intelligent algorithms that involve little or no human intervention. In the software industry, testing automation means performing various tests on software applications using automation tools that are either licensed versions or open-source. In technical terms, the test automation framework is a customized set of interactive components that facilitate the execution of scripted tests and the comprehensive reporting of test results.

To successfully build an automation framework, it is imperative to consider the recommendations by software QA experts who help control and monitor the entire testing process and enhance the precision of the results. A carefully-mended automation framework allows testers to perform the automated tests in a practical, simplified fashion.

Depending on how you want to approach the creation of a framework and target automation requirements, there are various possible variables you can think of such as:

Both commercial and open-source automation tools have their own system infrastructure that helps with report generation, test suits, distributed test execution in its testing environment. One example is the Selenium automation framework which has the main component WebDriver that functions as a plugin for the web-based browser to control and operate the DOM model of the application within the web browser. The Selenium test automation framework also additionally has useful coding libraries and a record-playback tool.

Another significant tool-specific framework example is Serenity that is built around the Selenium Webdriver and is an accelerator. In this, to possibly speed up the test automation implementation process, specific components are put together within a common substance by the community.

When it comes to tool-specific frameworks like TestComplete, Ranorex HP QTP and more, it is difficult to make a firm decision since they all are prebuilt with a deployed infrastructure with actions emulators, reporting and scripting IDE.

Frameworks of this class are customized to enable implementation of automation for specific application projects. Project-specific frameworks support certain target app test automation requirements and are driven by components built from open-source libraries. It creates a test-friendly environment around SUT to run some of the essential functions. These include the deployment of the developed application, running the app, test cases execution, direct test results reporting, and wrapper control for ease of coding. The frameworks focused on specific projects should also have a component to support the test run across various cloud environments on different OS and browsers.

Keyword-driven frameworks are those designed to appeal to developers and testers with less coding experience. They might be tool-specific or project-focused frameworks and enable the underskilled staff to write and comprehend automation script. The keywords set (such as Login, NavigateToPage, Click, TypeText) for coding are installed as a keyword repository within a codebase. The spreadsheet where testers write scripts based on provided keyword references are passed onto the keyword interpreter, and the test is executed.

If you desire to implement a highly functional and superior test automation framework, be it open-source or commercial, you must think of including certain ingredients that form its core. It is not necessary that you include all the components mentioned below in every framework. While some frameworks might have all of them, some will have only a couple.

There is always space, however, to include those not listed here. The major components of ideal test automation frameworks based on various tests are:

Unit testing libraries can be used to shape an essential part of any test automation framework. You need it for:

Whether you run the tests from the command line, IDE, a dedicated tool or CI (continuous integration) system – to make sure that the unit tests run straightforward manner, the unit testing libraries offer test runner.

While performing integration and end-to-end testing automation, practicing the features provided by existing test libraries is healthy and often recommended. API-level tests that are driven by the UI of an application require components that make interactions with applications under test quite easier as it eliminates the unnecessary burden of coding. Thus, you will not focus on coding efforts for:

Several important testing libraries of this kind are:

Libraries dedicated to BDD target behavioral specifics, creating executable specifications in the form of executable code. Here you can convert different features and scenarios of expected behavior into code, though they don’t work like test tools directly interacting with the application under test. They function as a support to BDD process to create living documentation that aligns with scope and intent of automated tests. A set of typical examples of BDD libraries would be:

The biggest struggle experienced during the software testing automation and tests creation process is harnessing the system of test data management. As the number of automation tests intensifies, there’s always the problem of ensuring that certain test data required to perform a specific test is available or created when the tests are carried out. The challenge is that there is no surefire solution to this, which demands a solid approach for test data management to make automation efforts a success.

This is why the automation framework you use should be equipped enough to offer an essential remedy to enter or create and scavenge through the test data to be executed. One way to resolve this is having a proper simulation tool to make data more simplified, lucid and digestible.

While exploring and working on many ideas of automated tests, you are likely to come across a situation where:

In such cases, you might feel it is essential to create mocks, stubs and virtual assets that mirror the behavioral pattern of connected components. You might find handling mocks and stubs a big-scope, giant task; however, you will realize how crucial it is to opt for useful virtualization tools during the development of automated testing frameworks.

Aside from the automation framework components discussed above, there are a couple of useful mechanisms that help with the creation, use, and maintenance of automated tests such as:

When it comes to selecting a library or mechanism for reporting the test results into an automation framework, you should focus primarily on the target audience that will be reading or reviewing the generated reports. In this area, we can present several considerations:

For a faster and consistent approach towards application testing, a Continuous Integration platform can help build software and run various tests for the new build on a periodical basis. This approach gives developers and stakeholders an opportunity to draw regular feedback and faster responses regarding app quality as and when new features are developed and deployed and existing ones are updated. A few prominent examples of current CI platform could be TeamCity, CircleCI, Jenkins, Atlassian Bamboo, etc.

Like manual testing, automation testing also involves writing and storing source code version. Every development company has a curated source and version control system to save and protect source code. Automated tests require a sound source code management system that comes in handy when working on production code. Some typical examples of source code management, as any developer would give are Git, Mercurial, Subversion and TFS.

The primary intent of dependency managers is to assist in the process of gathering and managing existing dependencies and libraries used in the functioning of automation software solutions. Certain tools like Maven and Gradle simultaneously act as dependency managers and help in building tools. Build tools are meant to help you develop the automation software from source code and supporting libraries and run tests. Other dependency tools include Ant, NPM and NuGet.

The Process of Building and Implementing the Framework

There are a few ways to plan an approach to implementing an automation test solution.

In today’s fast-paced, brutal software development ecosystem, automated tests and scripts play an integral part in maintaining the speed, efficiency, and lucidity of the software testing cycle. With AI being inculcated in software testing, organizations that think of adopting a test automation framework must delve deeper in creating the ultimate framework design before they ever dive into this field. A well-nurtured strategy of framework design and components to be used will prepare the fundamental backbone of the final test automation frameworks.

The best way to shape the mature, sophisticated and resilient architecture of test automation framework is to start small, test and review frequently, and gradually go higher to build an expansive version. You may also find it convenient to prepare the enormous set of automated tests from early on to see the working framework in place sooner and avoid a conflicting or compromised situation later during the test automation phase.

When it comes to implementing a framework for automated testing, one recommended approach is to find a tool that can quickly and easily adapt to your processes and workflows. Look for a tool that is not only flexible but can support a wide range of applications and languages as this enables the QA team to contribute effectively, regardless of their background or skill set.

The guidelines explained above is intended to help software testers, and companies immensely benefit from their successful execution of test automation projects.