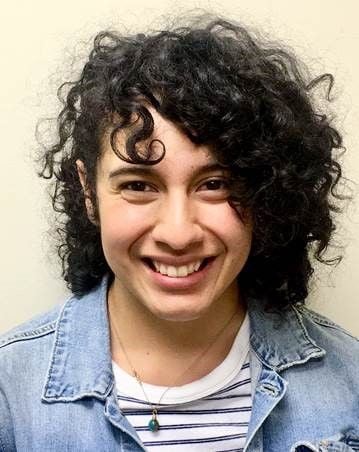 In previous articles, we introduced moving average processes MA(q), and autoregressive processes AR§ as two ways to model time series. Now, we will combine both methods and explore how ARMA(p,q) and ARIMA(p,d,q) models can help us to model and forecast more complex time series.

This article will cover the following topics:

By the end of this article, you should be comfortable with implementing ARMA and ARIMA models in Python and you will have a checklist of steps to take when modelling time series.

The notebook and dataset are here.

Recall that an autoregressive process of order p is defined as:

Recall also that a moving average process q is defined as:

Then, an ARMA(p,q) is simply the combination of both models into a single equation:

Hence, this model can explain the relationship of a time series with both random noise (moving average part) and itself at a previous step (autoregressive part).

Let’s how an ARMA(p,q) process behaves with a few simulations. **Time series plot — **A given time series plot can be considered as a stationary process if it shows constant mean and variance over the period of time.

**Variogram — **is a graphical tool to check the stationarity of a time series data. If the variogram of a given process (time series) shows stability after a certain number of lags, then the process is defined to be a stationary process.

If the original time series does not show stationarity then it can be stabilized by implementing transformation (e.g. log transformation) and differencing the series.

We will apply the ARIMA model to a real-world dataset “Daily Average Exchange Rates Between US Dollars and Euro”. The dataset is given in the book “Time Series Analysis and Forecasting by Example” by Sorren Bissgard and Murat Kulachi. A snippet of the dataset is given below:

Daily Average Exchange Rates Between US Dollars and Euro

Figure 1 and 2 illustrates the original time series and its variogram, respectively. Fig. 1 shows that the series is not stationary as it does not follow constant mean and variance. The variogram in Fig. 2 does not show stability as after around 80 lags it shows a decreasing trend and in the long run, it may not able to maintain a stable pattern which indicates the process is not stationary.

Fig. 2: Variogram of the original series

This tutorial was supposed to be published last week. Except I couldn’t get a working (and decent) model ready in time to write an article about it. In fact, I’ve had to spend 2 days on the code to wrangle some semblance of useful and legible output from it.

But I’m not mad at it (now). This is the aim of my challenge here and truthfully I was getting rather tired of solving all the previous classification tasks in a row. And the good news is I’ve learned how to model the data in a suitable format for processing, conducting exploratory data analysis on time-series data and building a good (the best I could come up with, like, after 2 days) model.

So I’ve also made a meme to commemorate my journey. I promise the tutorial is right on the other side of it.

Yes, I made a meme of my own code.

_About the Dataset: __The Gas Sensor Array Dataset, download from here**, _**consists of 8 sensor readings all set to detect concentration levels of a mixture of Ethylene gas with either Methane or Carbon Monoxide. The concentration levels are constantly changing with time and the sensors record this information.

Regression is one other possible type of solution that can be implemented for this dataset, but I deliberately chose to build a multivariate time-series model to familiarize myself with time-series forecasting problems and also to set more of a challenge to myself.

Time-Series data continuosuly varies with time. There may be one variable that does so (univariate), or multiple variables that vary with time (multivariate) in a given dataset.

Here, there are 11 feature variables in total; 8 sensor readings (time-dependent), Temperature, Relative Humidity and the Time (stamp) at which the recordings were observed.

As with most datasets in the UCI Machine Learning Repository, you will have to spend time cleaning up the flat files, converting them to a CSV format and insert the column headers at the top.

If this sounds exhausting to you, you can simply downloadone such file I’ve already prepped.

his is going to be a long tutorial with explanations liberally littered here and there, in order to explain concepts that most beginners might not be knowing. So in advance, thank you for your patience and I’ll keep the explanations to the point and as short as possible.

Before heading into the data preprocessing part, it is important to visualize what variables are changing with time and how they are changing (trends) with time. Here’s how.

It is evident that the ‘Temperature’ and ‘Relative Humidity’ variables do not really change with time at all. Therefore I have dropped the columns; time, temperature and rel_humidity from the dataset, to ensure that it only contains pure, time-series data.

Non-stationary data has trends that are present in the data. We will have to eliminate this property because the Vector Autoregression (VAR) model, requires the data to be stationary.

A Stationary series is one whose mean and variance do not change with time.

One of the ways to check for stationarity is the ADF test. The ADF test has to be implemented for all the 8 sensor readings column. We’ll also split the data into train & test subsets. 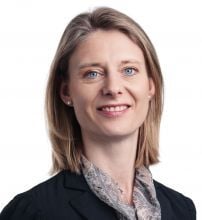