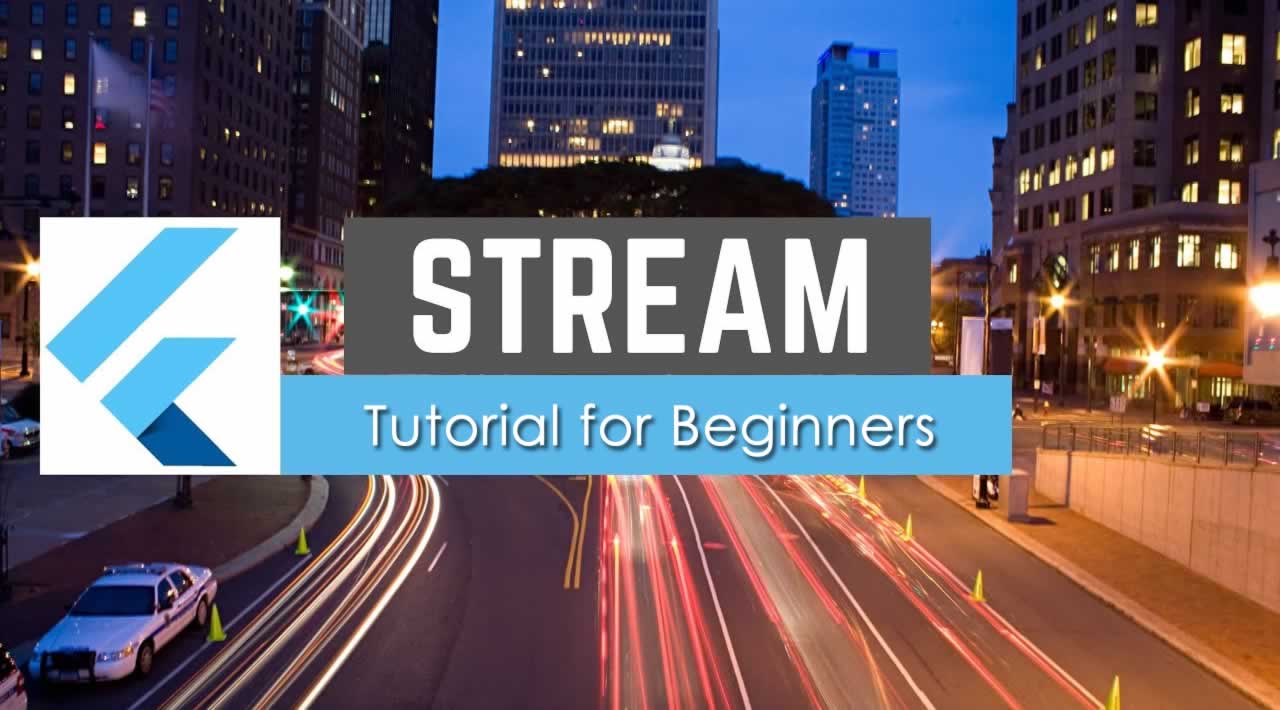 In this guide we will cover the basics of a Steam in Dart, how to use it, manage it and create one.

What is a Stream

There are many comparisons of how to visualise a Stream so I’ll use a common one. A stream is like a pipe, you put a value on the one end and if there’s a listener on the other end that listener will receive that value. A Stream can have multiple listeners and all of those listeners will receive the same value when it’s put in the pipeline. The way you put values on a stream is by using a StreamController.

Full Video can be seen here

How to create a Stream

If you want to create a stream where you can put a value on you start with a StreamController.

How to use a stream

The next thing to do is to be able to get the values from a stream. This is commonly referred to as subscribing or listening to a stream. When you subscribe to a stream you will only get the values that are emitted (put onto the stream) after the subscription. You subscribe to the stream by calling the listen function and supplying it with a Function to call back to when there's a new value available, commonly referred to as a callback function, or just a callback.

Emit / Add a value onto the stream

When you have subscriptions to the stream it means that there’s a function waiting to be executed somewhere. The way you emit a value over a stream is by calling add on the streams controller.

When you call that function, the callback supplied in the section above will execute. Which will print out

That’s all the basics of a stream in terms of using it. Now lets go on to managing the stream.

The listen call returns a StreamSubscription of the type of your stream. This can be used to manage the stream subscription. The most common usage of the subscription is cancelling the listening when you're no longer required to receive the data. Basically making sure there are no memory leaks. A subscription to a stream will stay active until the entire memory is destroyed, usually the entire lifecycle of your app. This is perfectly fine in some cases and not fine in others.

This will give you the subscription object for the registered callback.

Lets go over when you want to do this. In flutter, streams are usually used with the StreamBuilder which manages and unsubscribes from a stream for you internally once the widget is destroyed. A good rule to follow is when you subscribe to a stream, keep the Subscription and write the code in the dispose method to call cancel. If your stream needs to be alive for the entire duration of the application then you don't have to cancel the stream on dispose or when it's not needed.

One thing that’s very common to see when devs use Streams in dart is the “Stream already subscribed to” message. A lot of people think that this is because there’s an active subscription and cancelling that would get rid of the error, but that’s not true. Lets look at how we can create this exception ourselves, then we’ll figure out how to fix it.

This will throw the error “Bad state: Stream has already been listened to”. Now even if you cancel the first subscription and subscribe again you’ll still get this error and that is by design.

The code above will still throw the “Bad state” stream error. The reason for that is because there are two types of Streams:

Single Subscription Stream: For use with a sequence of events that are parts of a larger whole. Things like reading a file or a web request. To ensure the subscriber that subscribed first gets all the correct information in the correct order there’s a limitation allowing you to only subscribe once for the lifecycle of the streams existence.

Broadcast Stream: This kind of stream is for use with individual emissions that can be handled one at a time without the context or knowledge of the previous events.

You can use both for individual events, like I do, but just be weary of the subscription policy on the first one. When using a StreamBuilder in Flutter you'll most likely always get the exception because the Stream will be subscribed to multiple times during build function calls (which happen a lot).

To fix this you’ll have to specifically create a broadcast StreamController so that the underlying stream is constructed and managed as a Broadcast stream that allows multiple subscriptions.

IMPORTANT NOTE — Using either of these stream types does not mean you don’t have to manage your subscription. If you manually subscribe to a stream you HAVE to clean it up (cancel) if there’s a change that you might subscribe to it again. Multiple subscriptions cause memory leaks, make sure when your code goes out of scope or out of view you dispose, then re-subscribe if you have to.

Another way and also a common method of creating streams is through an async * function. This is a Function that will run asynchronously and return (yield) a value whenever there's a new one, but it won't stop the execution of that function. To make more sense lets look at it like this. Below is a Future that will return a random value after waiting 1 second.

This code can be used and you’ll get a random value back once off and the function will be finished executing. This means if you want another random value you’ll have to call and await the function again. Like below.

What if you wanted to call the function once and continuously get random values from that function without stopping it’s execution? That’s where async* and yield comes in. Lets make a function that returns a stream and every second will emit a new random value.

This is called a generator function. It looks similar to the previous one, but lets look at the differences.

So how do you use this Stream (Generator Function)? The same as above.

This will print out something like below where each line is printed after every second of delay.