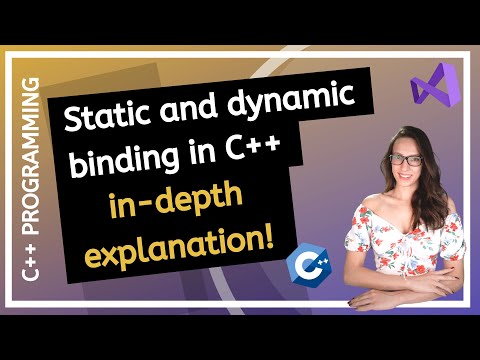 Early vs Late Binding, reflection, and type dynamic in C#

Whether there is an extra step to find the method during call time it’s irrelevant. That means, the binding is still considered early independently of if the method is virtual or not.

For example, the next code block uses early binding to call the RandomMethod method of the object EarlyBindingSample, and then the method NotExistingMethod that doesn’t exist. Since the second method doesn’t exists, compiler throws an error: What is Dynamic Binding?

By binding, we generally mean linking one object with another. In terms of programming languages, binding is not very different. It is the linking of a function definition and a function call. But why ‘dynamic’? In simple words, dynamic binding is just delaying the choice or selection of which function to run until its runtime. Using dynamic binding in C++, we choose which function we can execute based on the underlying type of the object.