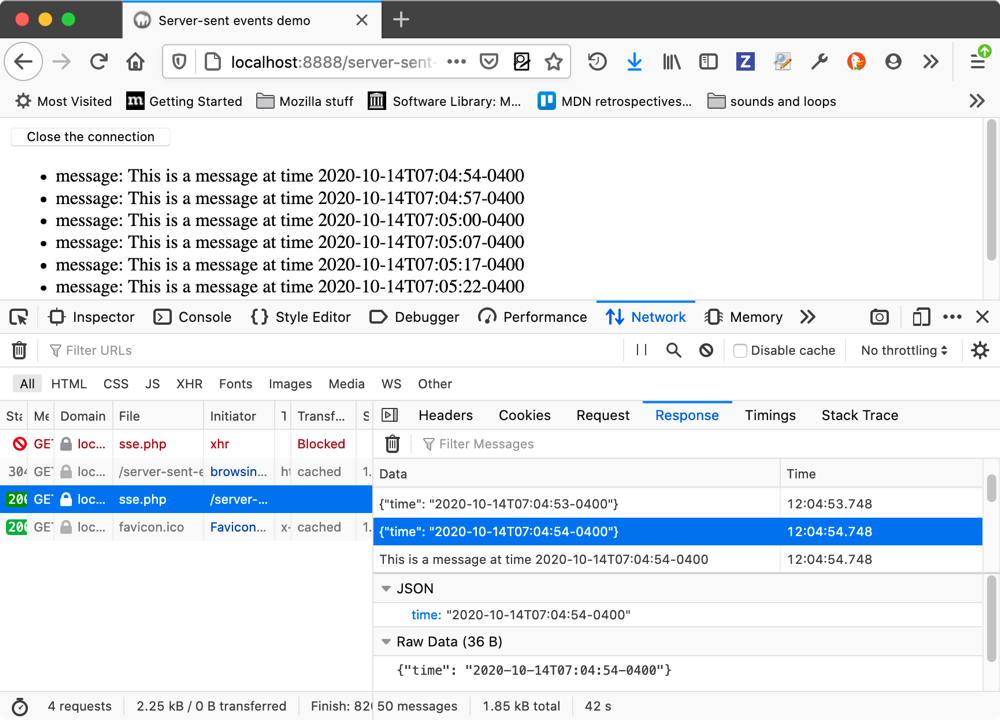 We are pushing Firefox 82 out the door, with enabled support for the Media Session API, new CSS pseudo-selector behaviours and closed security loopholes.

As October ushers in the tail-end of the year, we are pushing Firefox 82 out the door. This time around we finally enable support for the Media Session API, provide some new CSS pseudo-selector behaviours, close some security loopholes involving the Window.name property, and provide inspection for server-sent events in our developer tools.

This blog post provides merely a set of highlights; for all the details, check out the following:

Server-sent events allow for an inversion of the traditional client-initiated web request model, with a server sending new data to a web page at any time by pushing messages. In this release we’ve added the ability to inspect server-sent events and their message contents using the Network Monitor.

You can go to the Network Monitor, select the file that is sending the server-sent events, and view the received messages in the Response tab on the right-hand panel.

For more information, check out our Inspecting server-sent events guide.

Now let’s look at the web platform additions we’ve got in store in 82.

Web developers and UI/UX designers alike, are all too familiar with the trappings of CSS styling. There are lots of different development tools for back end programming and even some wysiwyg (what you see is what you get) editors, but there are...

Debugging Variables With Watchpoints in Firefox 72

This post introduces the watchpoints feature that’s available right now in Firefox Developer Edition! Keep reading to get up to speed on watchpoints and how to use them.