In this article we are going to have Introduction to Python Top Game Engines, also i will show you the installation process with example for these Game Engines. as you know Python is one of the top trending language,

and there are some frameworks that you can create games in python.

Panda3D is a powerful 3D engine written in C++, with a complete set of Python bindings. Unlike other engines, these bindings are automatically generated, meaning that they are always up-to-date and complete: all functions of the engine can be controlled from Python. All major Panda3D applications have been written in Python,

Panda3D now supports automatic shader generation, which now means you can use normal maps, gloss maps, glow maps, HDR, cartoon shading, and the like without having to write any shaders.

Panda3D is a modern engine supporting advanced features such as shaders, stencil, and render-to-texture. Panda3D is unusual in that it emphasizes a short learning curve, rapid development, and extreme stability and robustness. Panda3D is free software that runs under Windows, Linux, or macOS.

You can simply install Panda3D via pip

Cocos2d is an open source framework that is used to build 2D games, and other cross-platform GUI-based interactive programs. It is written in Python using pyglet library. It Targets the Operating Systems linux, mac or windows on Pc-like hardware.

Cocos2d’s core element is sprite. Basically, it is a simple 2D image that can also contain other sprites. They can be moved, scaled, rotated, have their image changed, etc

You can simply install Cocos2D via pip

Pygame is free and cross-platform Python modules designed for writing multimedia applications and video games. It includes computer graphics and sound libraries designed to be used with the Python programming language. pygame is built on top the SDL library, So SDL stands Simple DirectMedia Layer is a cross-platform development library designed to provide low level access to audio, keyboard, mouse, joystick, and graphics hardware via OpenGL and Direct3D. Like SDL, pygame is highly portable and runs on nearly every platform and operating system.

You can simply install Pygame via pip

Some of the features for pyglet

You can simply install Pyglet via pip

Kivy is Open source Python library for rapid development of applications that make use of innovative user interfaces, such as multi-touch apps. Also it is used for game development.

Kivy runs on Linux, Windows, OS X, Android, iOS, and Raspberry Pi. You can run the same code on all supported platforms.

First of all you need to install the dependency for kivy

After that you can install kivy

So if you have plan to build a 3D game in Python , it will be a good idea to use Panda3D Game Engine,

and if you want to build a 2D game in Python, you can use Cocos2D or Pygame. 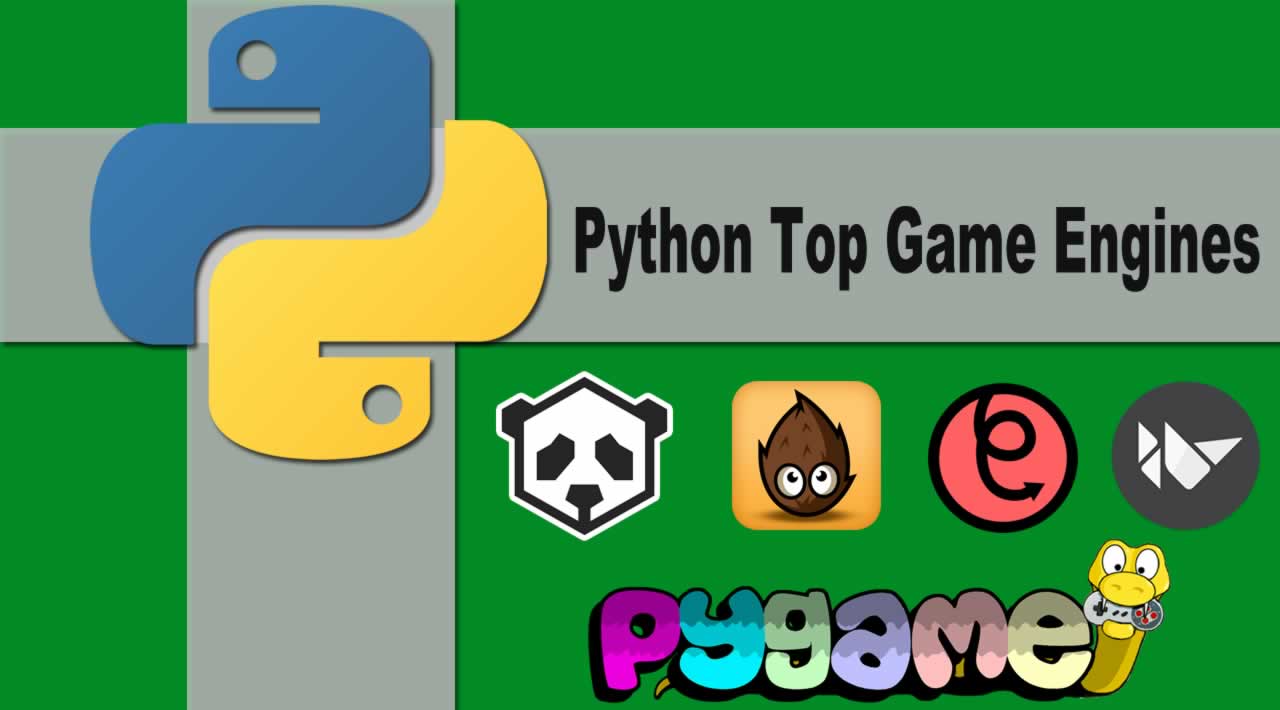 Learn Python in this full tutorial course for beginners. This course takes a project-based approach. We have collected five great Python game tutorials together so you can learn Python while building five games. If you learn best by doing, this is the course for you.
⭐️ Course Contents ⭐️
⌨️ (0:01:18) Pong
⌨️ (0:45:36) Snake
⌨️ (1:34:57) Connect Four
⌨️ (2:42:36) Tetris
⌨️ (4:22:12) Online Multiplayer Game
📺 The video in this post was made by freeCodeCamp.org
The origin of the article: https://www.youtube.com/watch?v=XGf2GcyHPhc&list=PLWKjhJtqVAbnqBxcdjVGgT3uVR10bzTEB&index=4
🔥 If you’re a beginner. I believe the article below will be useful to you ☞ What You Should Know Before Investing in Cryptocurrency - For Beginner
⭐ ⭐ ⭐The project is of interest to the community. Join to Get free ‘GEEK coin’ (GEEKCASH coin)!
☞ **-----CLICK HERE-----**⭐ ⭐ ⭐
Thanks for visiting and watching! Please don’t forget to leave a like, comment and share!