The future of IIoT 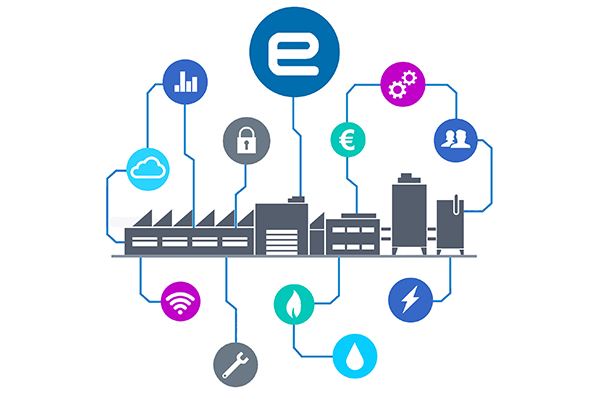 Curious about industrial IoT and its future? We have created a list of all the advancements that we can expect in the coming years.

In recent years, we have seen a rapid growth in the global IoT establishment and IoT app development markets. According to Statista.com, in the year 2017, the worldwide IoT market was worth $194.68 billion. This number rose up to $249.2 billion in 2018 and is projected to hit $ 450 billion by the year 2020. The numbers speak for themselves; IoT is here, and it is here to stay.

But the crucial thing to remember is that IoT is a multi-dimensional market. From multi-billion dollars worth industries to homeowners, everybody is using IoT for one thing or another. IoT has ushered us into an era of ultimate-connectivity. Now, not only we are connected with each other at all times, we are connected with our electronic devices as well. This in return has simplified our lives and has changed them in more than one ways.

But more than the consumers, IoT has helped producers and enterprises. With the ease of running a business which IoT offer to various industries, more and more companies are investing heavily in establishing their own in-house IoT.

IoT has many advantages; from the collection of real-time data to enhanced customer reach and seamless production processes. But most of you are already familiar with these things by now. So instead of talking about its benefits, today we will talk about the future of industry IoT development (IIoT), and see what lies ahead for it at the horizon.

Let’s get to it then.

If you look at the timeline of the industrial revolution on a global scale, you will realize that there have been very few significant advancements which changed everything. First, we went from handicrafts to machine-made goods, using steam and fossil fuels. Then, the second prominent advancement was electricity; with the coming of electricity, everything changed in every industry. The machines started to work faster, the production rates went through the roof, and more people received employment.

Similarly, IoT is the next most significant advancement. In the present, we see companies sending armies of people to fix faults on distant installations; we see millions of dollars being poured down the drain because there is no other way. But with the coming of IoT, the far-away installations can monitor themselves and send a scheduled report back to the home office. This way, not only do we save money but we also make our business model more efficient. This was of course just one example; from security to customer data collection, there are many other ways in which IoT helps an industry.

Infusion with AI and AR

Though the technology market is big, only a few trending technologies are dominating it at the time- AI, AR-VR, Blockchain, and a couple of others. Industry leaders say that in coming years AI and AR are those technologies which, when fused with IoT, will help in creating smarter industries. AI (Artificial Intelligence) automates the entire production process. It mimics a human’s intelligence and takes the most logical action based on the data collected by the environment. This means less human assets are needed to govern a manufacturing process.

AR is also believed to be of a lot of use in the coming years. AR is one of the fields which is being worked upon very fiercely these days. Many areas are finding newer ways in which it can aide them, and among such fields one is medicine. Thanks to AR, soon doctors will be able to conduct safer surgeries since data related to a patient- the location of arteries and organs- will be super-imposed on him. In quite a similar way, AR and AI combined can help industries in running and maintaining their factories in a smarter way.

For example, let’s say a group of maintenance workers arrive at a site to repair a machine. So AI can tell these workers what the best course of action will be, and AR can help them in changing the part or fixing the machine in some other way.

With the coming of IoT, the distance between a customer and manufacturer has dwindled to become nothing. This has a lot of plus points from a producer's point of you. IoT helps industries in getting more thorough feedback. The thing to remember in a market is that you continuously need to improve your product to stay ahead of the competition. And to do that, the greatest asset that any company can have is customer feedbacks. But we are not just talking about voluntary feedbacks. Thanks to IoT, producers can monitor how their customers are using their devices and where they lag behind the others in the market. With this constant loop of deployment, feedback, and improvement, producers can better their products and satisfy their customers on a  regular basis.

Manufacturing will become a service

From the way things are progressing right now, a factory will soon become an independent electronic entity capable of manufacturing perfect goods. With the mixture of AI, robots, automation, and IoT, these factories will themselves become like robots. This is not some far-fetched fantasy, believe us. Industry leaders like Rich Rogers- former SVP, product and engineering, industrial IoT portfolio at Hitachi Vantara- believe it to be true and are ardent advocates of IoT being the backbone of any fully automated factories.

Rich also believes that in a few years, manufacturing will become a service which many companies will provide. A decade or so ago, every company used to have its private datacentre. Maintaining these datacentres added a lot of surplus cost to their budgets. But now, it just sounds silly to have a private datacentre until and unless your work is very critical. Cloud-based storage spaces now cater to most of the industries nowadays.

In quite the similar way, many companies will emerge which will provide highly re-configurable, fully automated factories to various OEMs (Original Equipment Manufacturers). This will take away all the hassle producers go through to maintain manufacturing sites. It is also becoming likely that, since most companies now want to manufacture their goods locally, we might be moving back from Globalization to Localization of the manufacturing process. AI and robots thus can help companies in creating modular sites without facing troubles that they do right now.

Marc Andreessen said that “Software is eating the world.”

Once companies used to compete with their equipment and how well they are capable of manufacturing their products. Now, of course, they fight on software. Because of the coming era of complete industrial automation, a huge amount of software support is required. IoT alone cannot lead you to complete automation, AI and other such technologies need to come together to create an eco-system which can sustain on its own. So, every company right now needs to be a software company.

Though a lot has changed in IoT over past years, a lot still has to change. The time of completely automated industries is quickly approaching, and there should be no ambiguity that IoT services will keep working as the backbone of this transition. IoT, even when not fused with AI and AR, has enabled industries in countless ways, has increased the production rate and has made factories a lot safer than before.

The Common myths about Machine Learning by Rebecca Harrison

Machine learning is changing the dimensions of business in many industries. A report projects that the value added by machine learning systems shall reach up to $3.9 Trillion by 2022.Machine lear...