Unified Event-Driven Architecture for the Cloud Native Enterprise. For successful adoption, unified EDA initiatives must first recognize the reality that most enterprise today are not entirely cloud native. Unified EDA must also cope with the reality that few enterprises will have the appetite for a “big bang”-style migration.

CTOs and enterprise architects have long recognized the importance of event-driven architectures (EDA). While once considered purely a technology concern, the foresight of organizations that have invested in EDA has become readily apparent as the world has shifted around us. In the past decade, we’ve witnessed changes in nearly every aspect of our technological worlds, and the vast majority of those have been affected in some way by a move toward event-driven, real-time processing.

﻿The way we work has changed. Emails to coordinate and schedule meeting days in the future have been replaced by ad-hoc conversations on tools like Slack, which lead to impromptu video conferences where decisions can be made quickly. The way we eat has changed. No more ordering pizza on a website and sitting around waiting for the delivery driver to arrive. Instead, we see menus for dozens of restaurants, order from our phones and track the driver in real time as the food makes its way to our homes. And behind the scenes, the way businesses are run also has changed. The availability of real-time inventory, sales and demand data is driving real-time optimization of supply chains across the world.

At the same time, advancements in and ever-growing adoption of public cloud technologies has enabled us to apply the same real-time signals to efficiently operate the applications and systems that support all these changes. Containers and VM instances scale in concert with demand, then settle back down as the load abates.

Even for enterprises that have done a good job of building out their EDAs, the onslaught of new demands coupled with the complexity that comes from highly distributed computing in the cloud brings new challenges that require rethinking this critical capability of modern IT.

One of the most common challenges enterprise architects are struggling with in the EDA space is the proliferation of messaging and streaming technologies. Aging technologies such as JMS and various MQ implementations are deeply entrenched throughout the application landscape. When developers modernize on-prem apps and move them into the cloud, they often swap out legacy messaging systems for cloud native ones like GCP Pub/Sub or AWS Kinesis. Developers and architects focused on greenfield development of new digital experiences often find that platforms like JMS and MQ can no longer keep up with the scale and performance requirements needed to create an engaging customer experience. This, coupled with the desire to retain streams of events for use by data scientists, often leads to the adoption of other specialized platforms such as Kafka. While each of these individual decisions makes sense in a vacuum, when combined they result in a fragmented architecture with limited interoperability and unreasonably high costs that impose both Capex and Opex (capital expenditures and operational expenditures) drawbacks.

The result of all this is an architecture that starts to resemble an abomination of bolted-on technology that hinders, rather than aids, the core tenets of EDA. 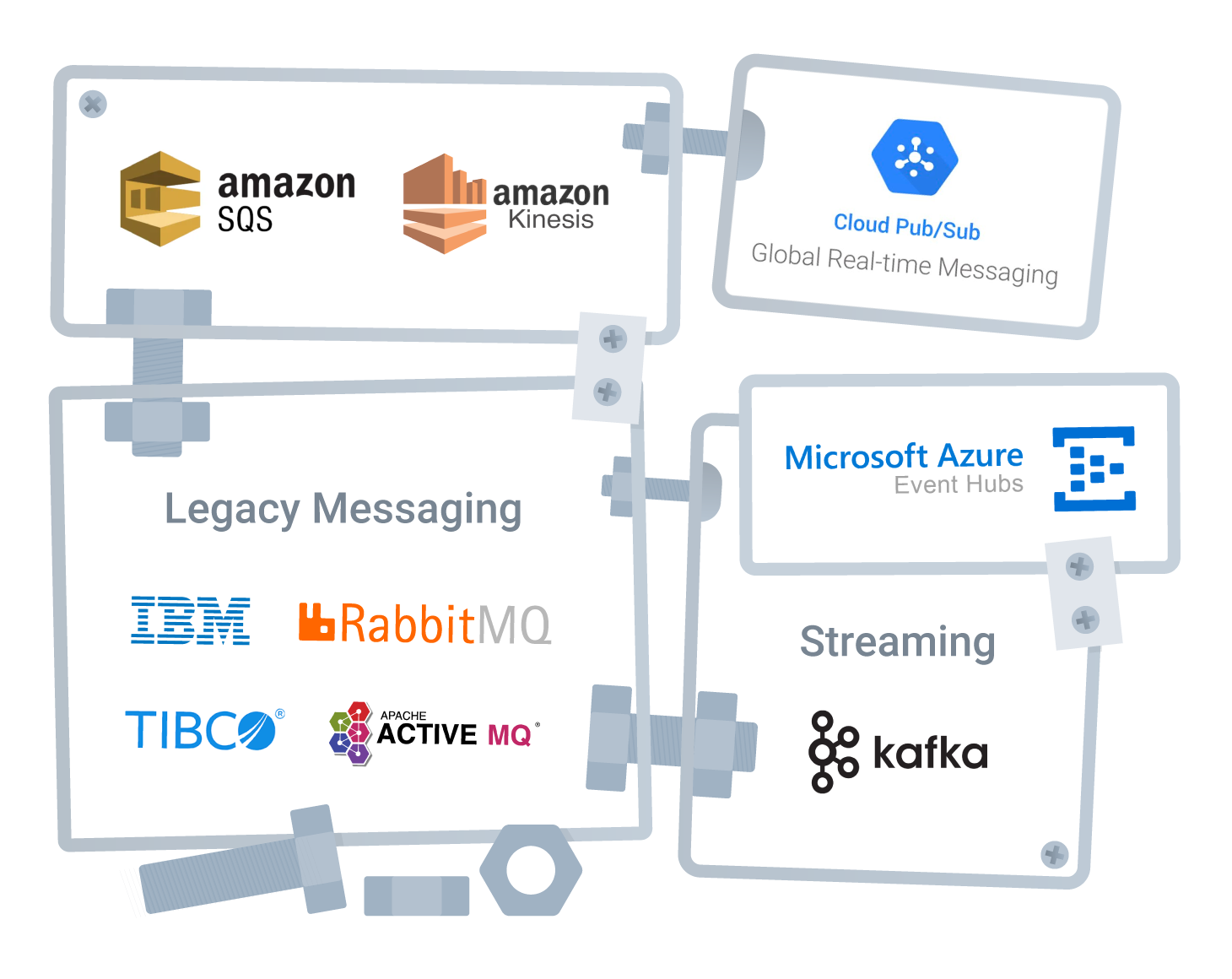 It's October and we're calling all programmers, designers, content writers and open-source contributors to join Hacktoberfest 2020. This is a fantastic opportunity to contribute to open-source or try your hand at something new.

What Is Open Source and How to Start Contributing

The world today is more democratic for those who want or need to use computers, more precisely those who need to make use of computer programs. But this was not always the case, and in part what made access to the computer world something a little simpler or less expensive was open source or open source software. But what exactly is it?