In this article we will understand what is a Shadow DOM and how, when and why to use a Shadow DOM.

This is a basic introduction to what is a Shadow DOM and how ,when and why to use a Shadow DOM.

What is Shadow DOM?

In simple words, it’s a DOM inside a DOM.

Using Shadow Dom, you can attach a separate DOM tree which is hidden and encapsulated to any element. This is very helpful to achieve encapsulation in web components. 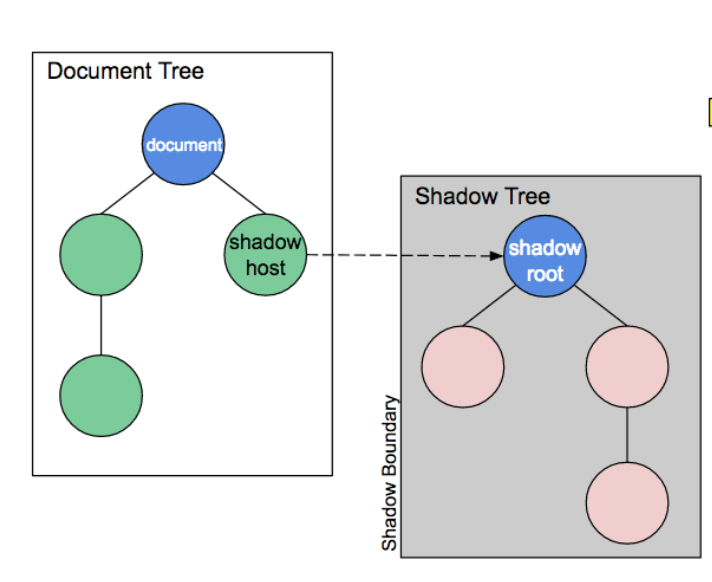 How to use Shadow DOM

Shadow root: the root node of the shadow tree that is attached to the DOM element.

A custom component will work best when its encapsulated and abstracted. Shadow DOM helps to achieve that. We will look into it in a while.

Attaching shadow dom to an element in the DOM tree

The mode property of Shadow dom can be either ‘open’ or ‘closed’.

It specifies whether or not the shadow root’s internal features are accessible from JavaScript.

Why a Shadow DOM?

As stated earlier it helps in abstracting the shadow tree from the actual tree.

Now we attach a shadow room to the div #div

We have added a p tag to the shadow DOM which now looks like:

Let’s see what happens in the output:

As you saw the styling did not affect Shadow DOM element.

The reverse is also true, the styles defined within a shadow DOM do not affect the root DOM.

Shadow DOM is nothing recent— browsers have used it for a long time to encapsulate the inner structure of an element. video tag is good example of this.

All you see in the DOM is the video element, but it contains a series of buttons and other controls inside its shadow DOM. The shadow DOM spec has made it so that you are allowed to actually manipulate the shadow DOM of your own custom elements.