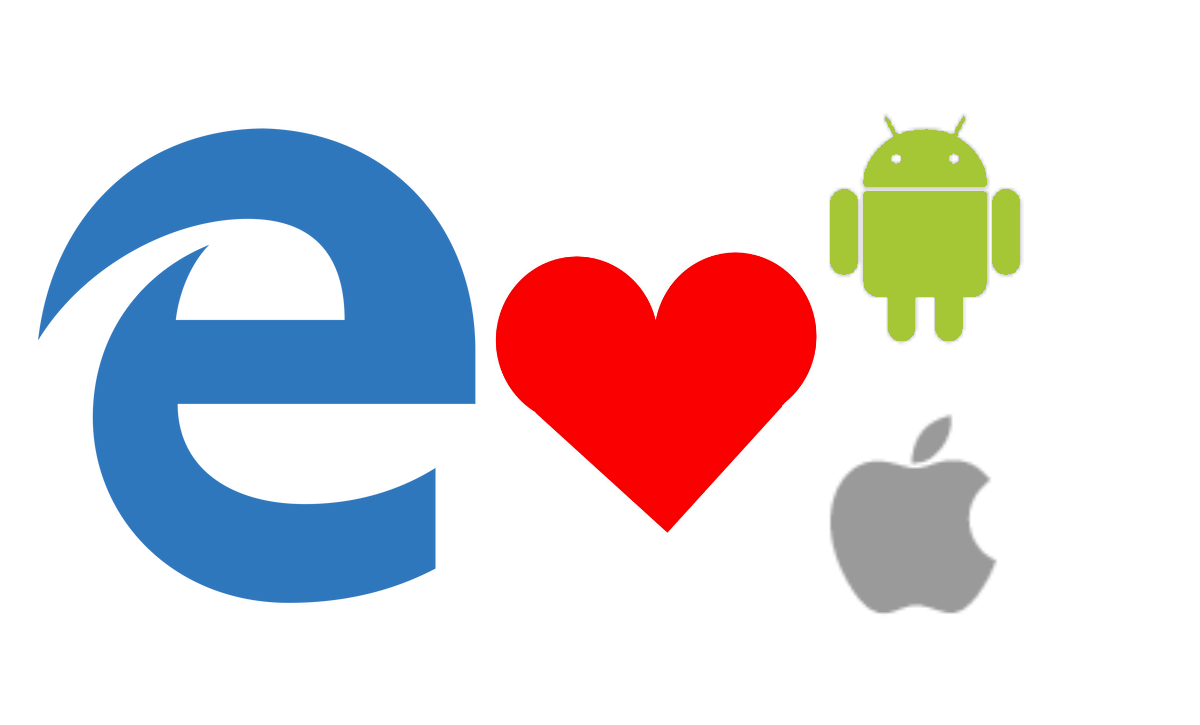 Microsoft releases versions of their Edge browser for both iPhone and Android. What are the reasons? What features can you expect to enjoy?

Just a mere week after I decided to publish an article on why Microsoft probably will never release Edge on other platforms, they do just that. I swear I had no prior knowledge of this news when I published last weeks article!

I did leave the door open for this event.

"So maybe....you never know.I do think having an option to make my favorites available on those platforms would be nice. I plan on switching to Android before the end of the year."

I wrote the article several months ago, primarily in response to someone arguing with me about Chrome on iOS. For some reason I decided to publish the piece last week, mostly because it was written and wanted to get some content out.

Like Chrome on iOS, Edge will just be a wrapper around the Safari and Android WebViews. Components like EdgeHTML simply are not allowed by the rules of Apple's governance.

The main goal of this release is to allow better integration with Microsoft services and letting consumers roam with their passwords and favorites.

One of the bigger objections I hear from friends about using Edge is the lack of profile roaming to their mobile devices.

"Microsoft Edge for iOS and Android brings familiar features like your Favorites, Reading List, New Tab Page and Reading View across your PC and phone, so, no matter the device, your browsing goes with you. But what makes Microsoft Edge really stand out is the ability to continue on your PC, which enables you to immediately open the page you’re looking at right on your PC—or save it to work on later."

From a developer and analytics perspective there will be a new, unique user agent string. User Agent strings are used to identify the browser client to the server and are often used to browser sniff (please stop this practice) and break down traffic sources.

I don't have clarity as to what versions are needed on each platform. I suspect iOS will be 10, which for the most part should be updated to iOS 11 by most soon anyway. Oreo is the latest version of Android, but I suspect Marshmallow and Nougat should be fine.

This is the first version of this app. So don't expect there it be a perfect user experience parity between the Windows version of Edge. You can provide feedback to the Edge team as to what features you would like to see and of course any bugs you may encounter.

Hello World, today we are going to see how we can implement a dark theme or night mode in our android application. This tutorial is going to be very simple and easy to understand. The dark theme is attractive to users and it is comfortable for low light conditions.