What is retail automation

Automation is used by firms all over the world to cut costs, improve efficiency, and improve customer experience.

Simply said, retail automation is the use of creative tools and technologies to optimize procedures and increase operational efficiency.

It frequently comprises software/ technology solutions for precisely and consistently completing repetitive operations that would otherwise take too long.

ERP for billing, chatbots for answering service questions, automated checkouts, automated email marketing, POS (point of sale) software, and inventory software are all instances of automation in the retail industry.

Retail automation is no longer an option; it is a need thanks to the widespread use of technologies across the retail process lifecycles.

The Benefits of Retail Automation Your Business Should Know

While retail automation necessitates an initial time and financial investment, it pays off in the long run. Here is a list of advantages that automation delivers to the retail industry that you should consider.

Using technology to manage time-consuming, difficult, and repetitive retail operations not only makes life simpler for your employees, but it also helps you save money.

Automating routine retail procedures that would benefit from less human participation can be a good fit. The program can help you get greater results while using fewer resources, lowering your operating costs.

As a result, the credo is straightforward: the more you automate your firm, the more money you'll save.

Automation assists you in determining the most efficient and precise method of executing a task. It simply means that automation can help your business run more efficiently, regardless of the number of operations it handles at any given time.

Manual record- keeping, for example, necessitates your personnel consolidating data from numerous systems at the conclusion of each workday. It encourages human error and wastes time and resources. Automation, on the other hand, allows you to collect and arrange vital data with a single click.

You can see increased efficiency in the form of using automation technology.

A task or process can be completed in fewer steps.

It increased the consistency of service.

Even when no one is physically working, operations run smoothly 24 hours a day, seven days a week.

Cut down on downtime.

While it's hard to totally eradicate human errors from the workplace, many of them can be avoided with the right technology.

Distractions and weariness are the leading causes of human errors. You may prevent making blunders like these by automating your company's repetitive tasks and backup system processes.

The use of technology reduces the quantity of manual tasks that your employees must accomplish, making them less busy, stressed, and more inclined to make mistakes that go unnoticed.

Technology adds a level of precision to inventory management, billing, reporting, and other areas that humans simply cannot match.

Customer satisfaction will grow as a result of implementing automation in your retail firm. This is due to faster service processing, improved staff access to product inventory data, tailored marketing, and always- on assistance.

According to studies, 75 percent of customers are more likely to buy from a company that recognizes them by name and makes product recommendations based on their previous purchases. Furthermore, according to a Forrester study, 77 percent of buyers prefer a personalized buying experience or service.

Customer personalization will be strengthened, buyer intent will be unlocked, and customer engagements will be triggered through retail automation. Thorough testing is crucial to the success of a software product. If your software doesn’t work properly, chances are strong that most people won’t buy or use it…at least not for long. But testing to find defects or bugs is time-consuming, expensive, often repetitive, and subject to human error. Automated testing, in which Quality Assurance teams use software tools to run detailed, repetitive, and data-intensive tests automatically, helps teams improve software quality and make the most of their always-limited testing resources.

Use these top tips to ensure that your software testing is successful and you get the maximum return on investment (ROI):

Decide What Test Cases to Automate

It is impossible to automate all testing, so it is important to determine what test cases should be automated first.

The benefit of automated testing is linked to how many times a given test can be repeated. Tests that are only performed a few times are better left for manual testing. Good test cases for automation are ones that are run frequently and require large amounts of data to perform the same action.

You can get the most benefit out of your automated testing efforts by automating:

Success in test automation requires careful planning and design work. Start out by creating an automation plan. This allows you to identify the initial set of tests to automate and serve as a guide for future tests. First, you should define your goal for automated testing and determine which types of tests to automate. There are a few different types of testing, and each has its place in the testing process. For instance, unit testing is used to test a small part of the intended application. To test a certain piece of the application’s UI, you would use functional or GUI testing.

After determining your goal and which types of tests to automate, you should decide what actions your automated tests will perform. Don’t just create test steps that test various aspects of the application’s behavior at one time. Large, complex automated tests are difficult to edit and debug. It is best to divide your tests into several logical, smaller tests. It makes your test environment more coherent and manageable and allows you to share test code, test data, and processes. You will get more opportunities to update your automated tests just by adding small tests that address new functionality. Test the functionality of your application as you add it, rather than waiting until the whole feature is implemented.

When creating tests, try to keep them small and focused on one objective. For example, separate tests for read-only versus reading/write tests. This allows you to use these individual tests repeatedly without including them in every automated test.

To get the most out of your automated testing, testing should be started as early as possible and ran as often as needed. The earlier testers get involved in the life cycle of the project the better, and the more you test, the more bugs you find. Automated unit testing can be implemented on day one and then you can gradually build your automated test suite. Bugs detected early are a lot cheaper to fix than those discovered later in production or deployment.

With the shift left movement, developers and advanced testers are now empowered to build and run tests. Tools allow users to run functional UI tests for web and desktop applications from within their favorite IDEs. With support for Visual Studio and Java IDEs such as IntelliJ and Eclipse, developers never have to leave the comfort of their ecosystem to validate application quality meaning teams can quickly and easily shift left to deliver software faster.

Consider these key points when selecting an automated testing tool:

Usually, the creation of different tests is based on QA engineers’ skill levels. It is important to identify the level of experience and skills for each of your team members and divide your automated testing efforts accordingly. For instance, writing automated test scripts requires expert knowledge of scripting languages. Thus, in order to perform these tasks, you should have QA engineers that know the script language provided by the automated testing tool.

Some team members may not be versed in writing automated test scripts. These QA engineers may be better at writing test cases. It is better when an automated testing tool has a way to create automated tests that do not require an in-depth knowledge of scripting languages.

You should also collaborate on your automated testing project with other QA engineers in your department. Testing performed by a team is more effective for finding defects and the right automated testing tool allows you to share your projects with several testers.

Good test data is extremely useful for data-driven testing. The data that should be entered into input fields during an automated test is usually stored in an external file. This data might be read from a database or any other data source like text or XML files, Excel sheets, and database tables. A good automated testing tool actually understands the contents of the data files and iterates over the contents in the automated test. Using external data makes your automated tests reusable and easier to maintain. To add different testing scenarios, the data files can be easily extended with new data without needing to edit the actual automated test.

Typically, you create test data manually and then save it to the desired data storage. However, you will find tools that provide you with the Data Generator that assists you in creating Table variables and Excel files that store test data. This approach lets you generate data of the desired type (integer numbers, strings, boolean values, and so on) and automatically save this data to the specified variable or file. Using this feature, you decrease the time spent on preparing test data for data-driven tests.

Create Automated Tests That Are Resistant to Changes in the UI

How to Earn Real Money by Creating a Retail Betting Application?

Mobiweb Technologies offers highly secured and reliable retail betting app development solutions from a highly qualified team of betting developers. In this digital era, Every retail betting app owner tries to gain profit from betting apps. Most of the people wonder how the retail betting software or application owners earn money since betting requires skills and they may also tend to lose some money.

Mobiweb Technologies has come up with self-service technology that streamlines the processes and offers the best user-experience. Our retail betting software offers self-service terminals that provide control over your operations and make betting easy for the users. Expert developers have enormous experience in developing robust Retail Betting Software that enables the owners to increase the efficiency and effectiveness of work management. Touchscreen betting software comes with advanced features that provide ease to the cashier and this process is not very difficult, cashiers just need to tap 4 buttons to process bets. Our betting software design is very intuitive and smooth functioning that guarantees seamless customer experience. 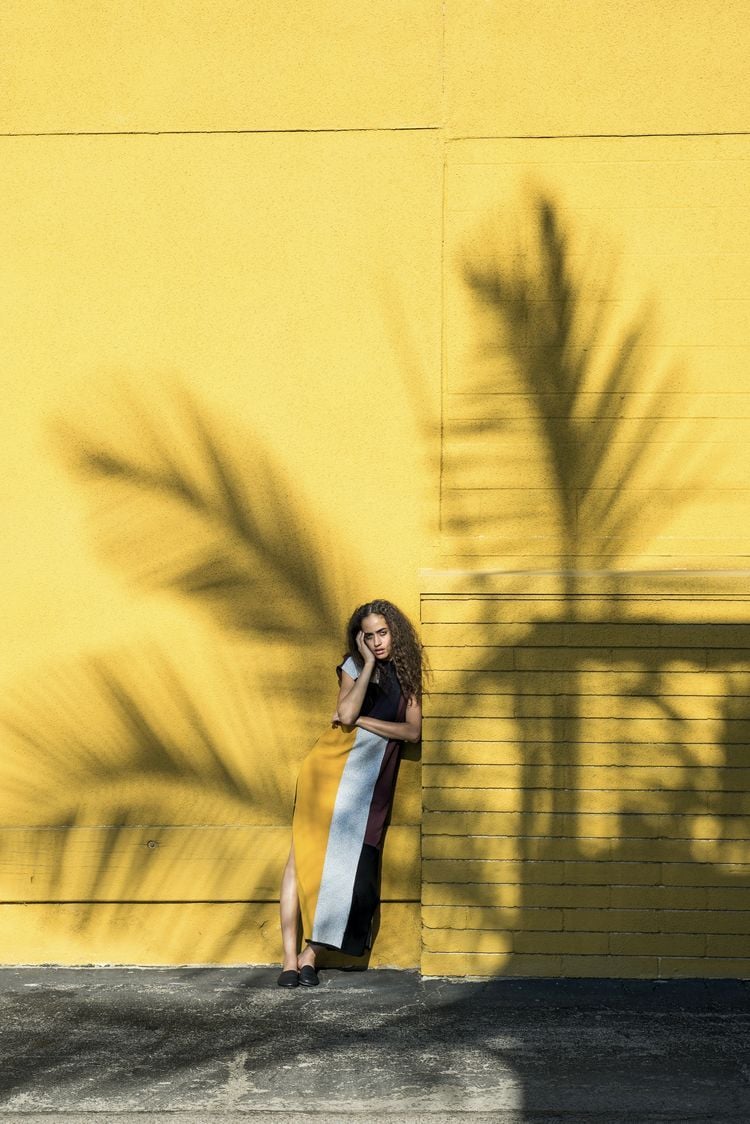 TestProject is a free automation tool that promises to give painless automation experience. It has the feature of record and plays associated with a developer SDK. It also has the capability to build and utilize addons as per need. It is based on automation tools like Appium and Selenium.

Having said that, TestProject removes the complication of maintaining and downloading multiple browser drivers required for testing an application in various platforms and browsers. This is overcome by having an executable file that can run in the majority of browsers and devices.