Here are the top 10 react js hooks you should check out for your next project. React hooks are quite popular these days, and knowing these libraries will also give you the inspiration to create your own!

Web developers looking at improving their reactjs skills in hooks or just trying to get better usage out of the regular html, css and js you can perform through your react components, these hooks should take your javascript to the next level! 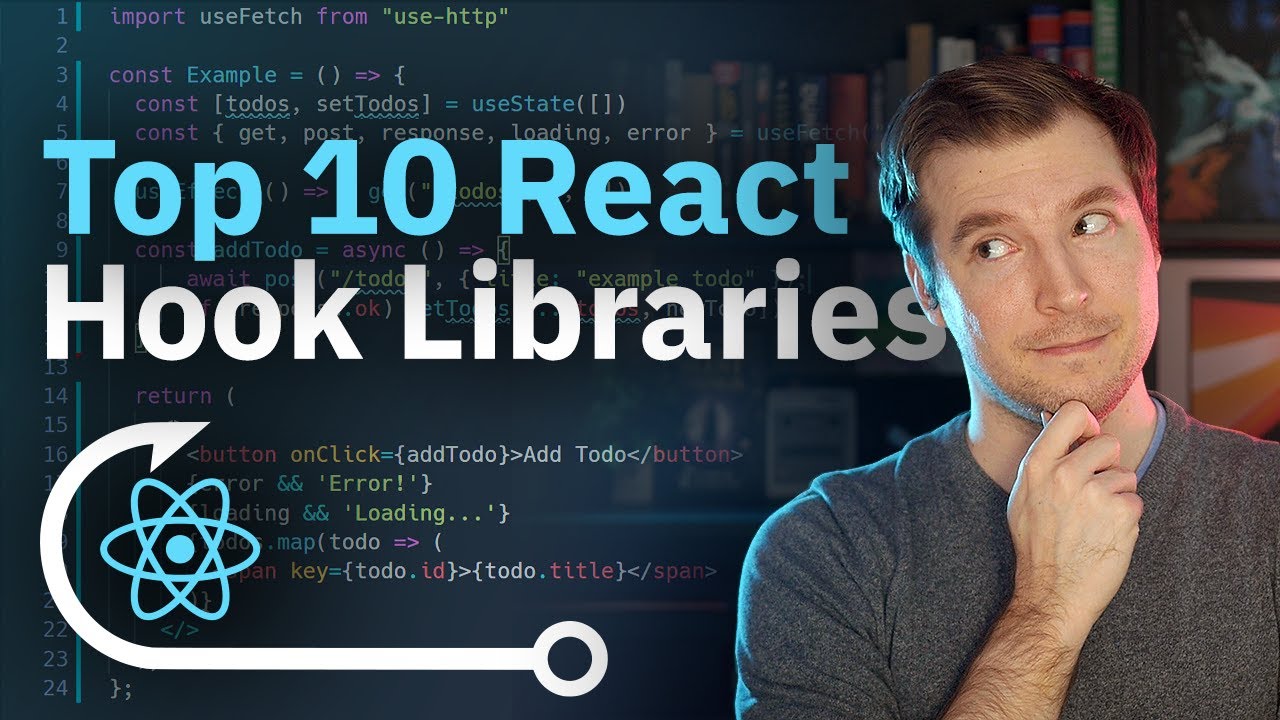 React Hooks are a function type that allows you to hook into React state and lifecycle features. This feature was first introduced on React 16.8 update, and since then, it has become an essential part of any React application.

So, as web developers, we should know the best method for implementing React Hooks, and this article will discuss the top 10 React Hook libraries that can be easily used in your next React project.

One thing to keep in mind when using React hooks is that they are composable. That means you should think of them as reusable stateful-logic building blocks that can be used to compose new larger and more complex hooks — just as you would with UI components.

For example, the following hook, use-jokes is a composition of two other hooks, use-local-jokes and use-remote-jokes. It fetches tech jokes from a remote API and manages these jokes in the local storage.

As you can see, these hooks are all exported as independent components. Making them available for reuse/collaboration in other Bit workspaces. Having the two functionalities separated as two independent React hooks, making them far more reusable and composable.

The use-jokes hook exported to bit.dev as an independent component. The two hooks it is composed of are also available in the same remote scope.

The dependency graph of the use-jokes hook