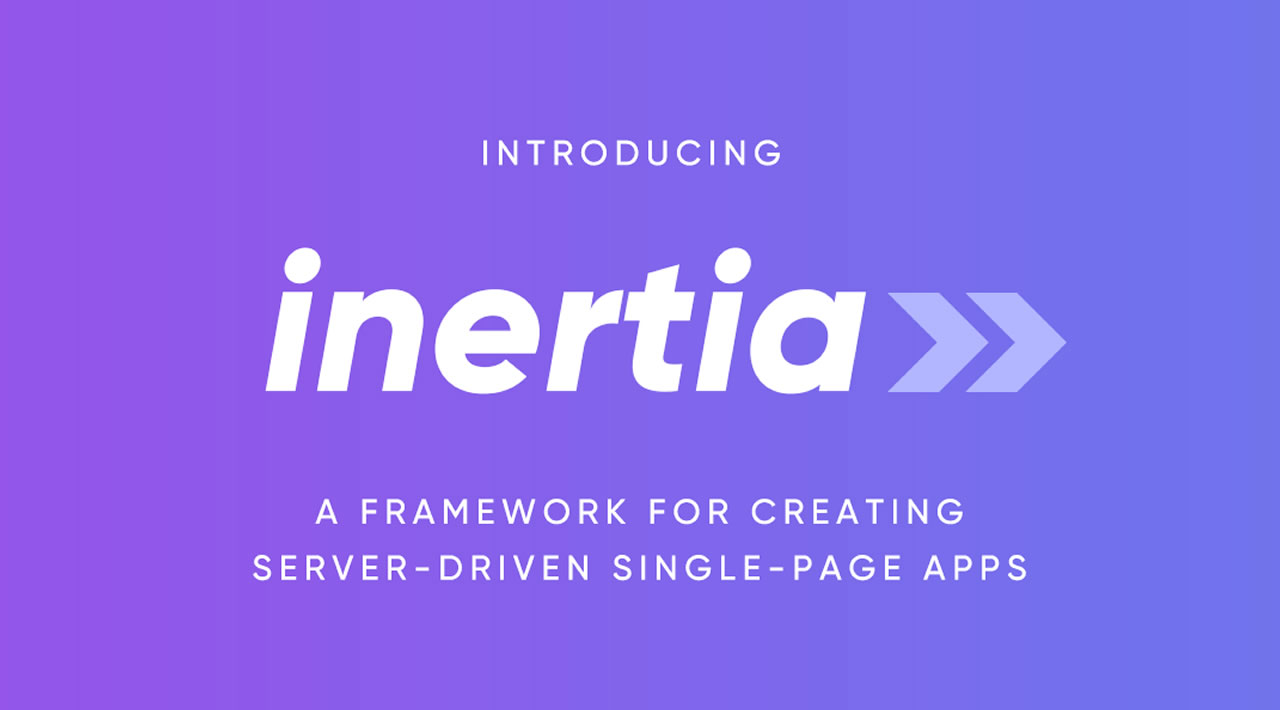 Introduction to Inertia.js, we'll look at Inertia's viability in the nearest future, the advantage it will have, and how to use it in a Laravel and Vue project. What is Inertia.js? Inertia is a library that combines the best of both server-side rendering (SSR) and client-side rendering (CSR) by allowing developers to build SPAs using server-side routing and controllers.

Building web applications can be a very daunting process. You have to think about if it will be a traditional server-side rendered app(SSR) or a single page application(SPA) before proceeding to pick from the many frameworks and libraries.

While both server-side and client-side rendering have their pros and cons, Inertia combines the best of both worlds.

Inertia is a new approach to building classic server-driven web apps. We call it the modern monolith. Inertia allows you to create fully client-side rendered, single-page apps, without much of the complexity that comes with modern SPAs. It does this by leveraging existing server-side frameworks.

Some might be asking is this another JavaScript framework? The documentation has this to say:

Inertia isn’t a framework, nor is it a replacement to your existing server-side or client-side frameworks. Rather, it’s designed to work with them. Think of Inertia as glue that connects the two.

Why should you use Inertia.js?

Inertia gives full access to run specific queries on a database to get the data needed for a page while using your server-side ORM as a data source.

In traditional SPAs, AJAX calls are made on every page visit to fetch data. In Inertia, an AJAX call is made to boot up the app then it maintains a persistent Vue.js instance and every subsequent page visits are made via XHR with a special X-Inertia header set to true. This triggers the server sending an Inertia response as JSON rather than making a full-page visit.

It also creates a fail-safe component that wraps around a standard anchor link, it intercepts click events and prevents full page reloads from occurring.

When building API-powered apps, we have to add CORS support to our app to be able to access resources on other origins.

With Inertia you don’t have to worry about setting up CORS since your data is provided via your controllers and housed on the same domain as your JavaScript components.

You can set up authorization on the server-side and perform authorization checks bypassing tokens as props to your page components, this helps reduce the risk of exposing important information because handling authorizations on the client can put one at the risk of an XSS attack (cross-site scripting).

Inertia adapters are services(packages) that help make Inertia work well with specific frameworks, Official adapter support is currently limited to Rails, Laravel on the backend, and React, Vue.js, Svelte on the frontend.

There are unofficial adapters for some other frameworks such as Symfony, Django, CakePHP, and Adonis.

Is there a future for Inertia?

The web is forever evolving and we’ve seen a transition from traditional server-side built monolith apps to API-powered apps. With this current trend is there a future for Inertia?

Of course, the answer to the question depends on the use case and preferences.

Inertia is built for people who want to build monolith applications — they generally prefer the tight coupling between their controllers and their views, but also want to build their apps using modern client-side frameworks. A majority of developers still fall into this category but with the rise and industry support for API-powered apps, we might see its usage dwindle.

Of course, there are times when using Inertia might not be the best fit. Situations such as when you need multi-client support, customer-facing/marketing pages, and SEO driven websites. Using Inertia for these is probably not a good idea. But it is perfectly useful to build web apps that power dashboards and the likes.

Is server-side rendering possible with Inertia?

Inertia does not currently support server-side rendering but there are tools to pre-render Inertia websites, they generate and cache static HTML versions of specific routes of your websites, and then serve that content.

Get started with using Inertia.js in your project

This installation process makes use of Laravel for the server-side and Vue.js for the client-side, the following is required to follow along with this section:

Or create with composer:

cd into the project:

The @inertia directive is a helper that creates a base div with an id of app that contains the page information, it tells Laravel that the views are generated using Inertia.

Next, set up the client-side adapter by running this command in your terminal:

The resolveComponent callback tells Inertia how to load a page component. It receives a string as a page name and returns a page instance.

To enable code-splitting we use a babel plugin for dynamic imports.

First, install it by running this command:

Next, create a .babelrc file in your projects root directory with the following:

Finally, update the resolveComponent callback in your app initialization to use import instead of require. The callback returns a promise that includes a component instance, like this:

Inertia is a great library for building “hybrid” SPAs. In this article, we’ve looked at its viability in the nearest future, the advantage it has, and how to use it in a Laravel and Vue project.

Checkout Inertia on Github and this article written by Jonathan Reinink to learn more. The official documentation is also well written and is an excellent resource to get started with. 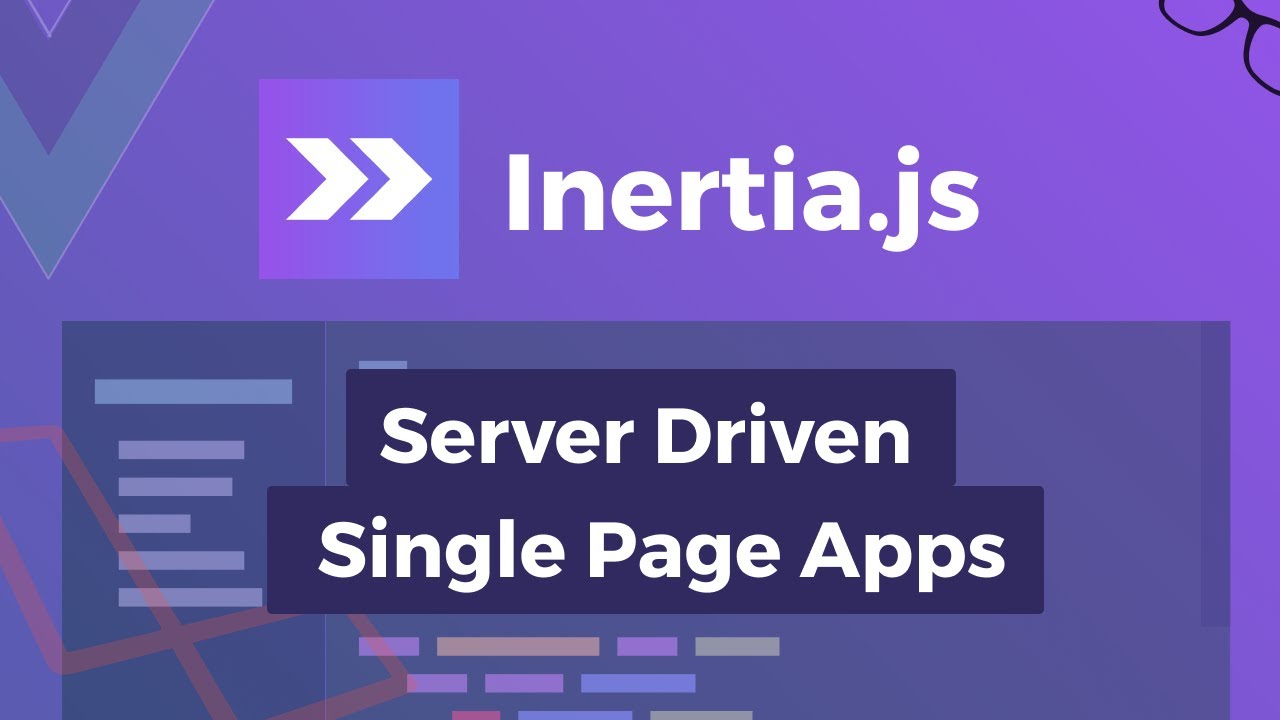 We take a look at the basics of Inertia.js and build out a simple CRUD application in Laravel and Vue. What is Inertia.js? Inertia is a library that combines the best of both server-side rendering (SSR) and client-side rendering (CSR) by allowing developers to build SPAs using server-side routing and controllers.

Inertia.js is a framework created by Jonathan Reinink for creating server-driven single page apps. It combines the best parts of building SPAs, while keeping the conveniences of server-driven apps. For a typical Laravel and Vue app, Inertia replaces all your blade templates with Vue Single File components allowing your application to be more interactive.

We take a look at the basics of Inertia.js and build out a simple CRUD application in Laravel and Vue. 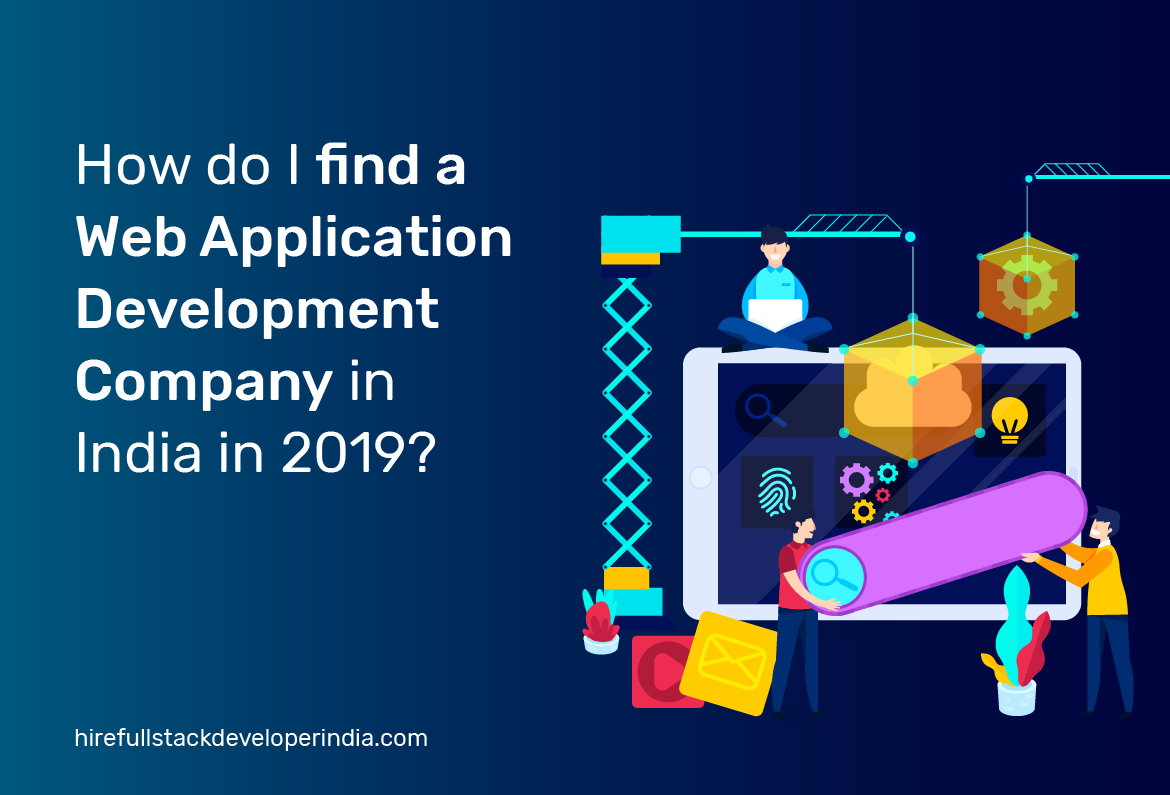 Not long-ago internet came into existence and the world has never been the same ever since. The Internet made sure that people and business do evolve at a faster rate than ever and was never merciful to the slow ones. Because of this competition and availability of any business with few clicks made India one of the hubs as IT center. This trend of constantly updating has given rise to smartphones, smart machines, wearable gadgets and a lot more is yet to come in the upcoming years. In such time it is always a good idea to hire Web App Developer from India at your service. They are expert in developing not only websites but web applications as well.

We at HireFullStackDeveloperIndia, have a huge team of experienced developers that have grasped over different domains in front and back end development. You can hire web app developers in India from us with many advantages that you won’t get anywhere else in the industry.

Here is why we are the best option if you are looking forward to hiring web app developers in India:

HireFullStackDeveloperIndia is a Web Application Development Company in India that is known worldwide for our Innovative guaranteed solutions. You can inquire with us about your project and we will be providing you multiple suitable developers that are the best fit for your requirements. You can evaluate them and select one or multiple whosoever deems fit to you. After this, all you have to do is provide your valuable input to the resource through sprint base project development until you get delivery of your project.

Our engagement model will also allow you to get our development team to your site location and proceed with development from your premises.