How to implement Angular routing from scratch with Angular v11? 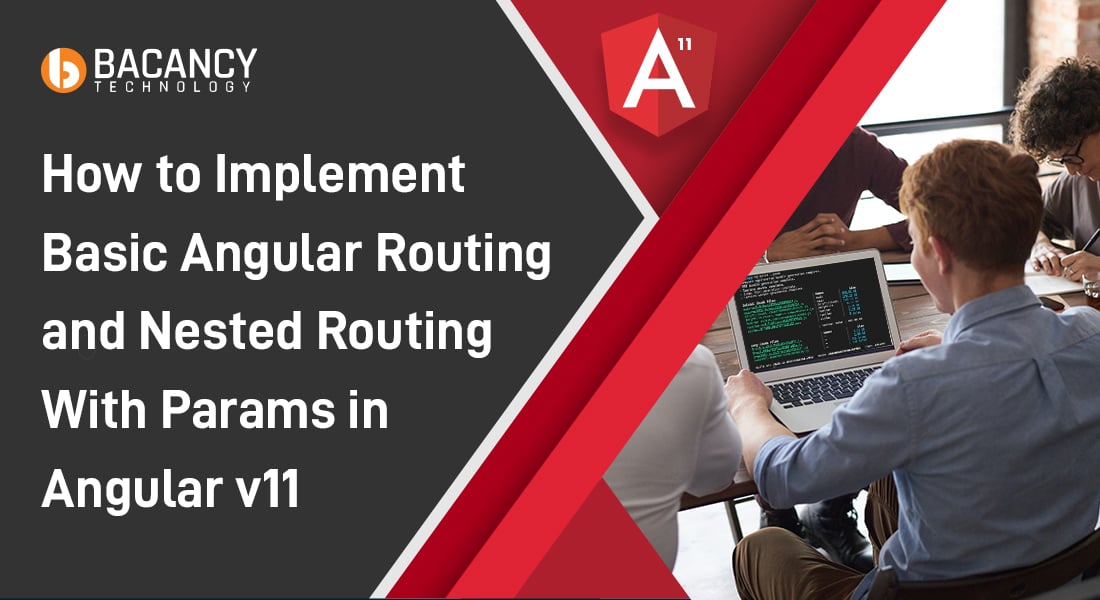 You know this is one of the interesting to know about Routing, I think you also curious to know about implement Angular routing with nested routing and params so, without wasting your valuable time we move toward implementation but first we know the mechanism of routing, you know when you visit any website you landed on the homepage not on about us page while clicking on the homepage link the whole process that what should be displayed to the user know as routing process. Moreover, you also know about jargon if not that it will be totally fine because in this article we guide you to implement angular routing from the beginning so, let’s start with how to implement routing in Angular11.

Firstly, you need to install Angular CLI using the command in the system you can use it by

Next, the command shows the version of Angular that you installed right away.

So, Installation is ended up, we can create a new project according to the configuration.

In the creation of the Angular project, you need to answer the following questions like select YES in the question of Would you like to add Angular routing? And enter the name of the project anything instead of demo-app.

You can generate components for home, DC Movies, and Marvel movies using different commands. And after running the command you need to check src/app.

After implementing the commands you need to open app.moduel.ts and you can see the ng-bootstrap library imported and declared automatically.

Now, we are going to implement basic Angular routing by changing the two files:

So, after the changing two files, there are many other procedures to set up I want to suggest you look out the coding as well that will surely help you to understand easy set up Angular routing for the coding part, and for more in-depth information I want to suggest you one of the informative blog on Implement Angular routing that helps you with much other useful information so without wasting your single minute just land on the blog to enhance your information.

Angular route guard allows us to grant or remove access to certain parts of the navigation. Angular canActivate guard prevent unauthorized access. Let’s perform a practical and see how we can set up a guard for our angular application.

How to create Angular routing from scratch in Angular 11?

A Complete Guide To Routing in Angular

Angular Router is a powerful JavaScript router built and maintained by the Angular core team that can be installed from the @angular/router package. It provides a complete routing library with the possibility to have multiple router outlets, different path matching strategies, easy access to route parameters and route guards to protect components from unauthorized access. A Complete Guide To Routing in Angular