What's Angular in the JAMstack? 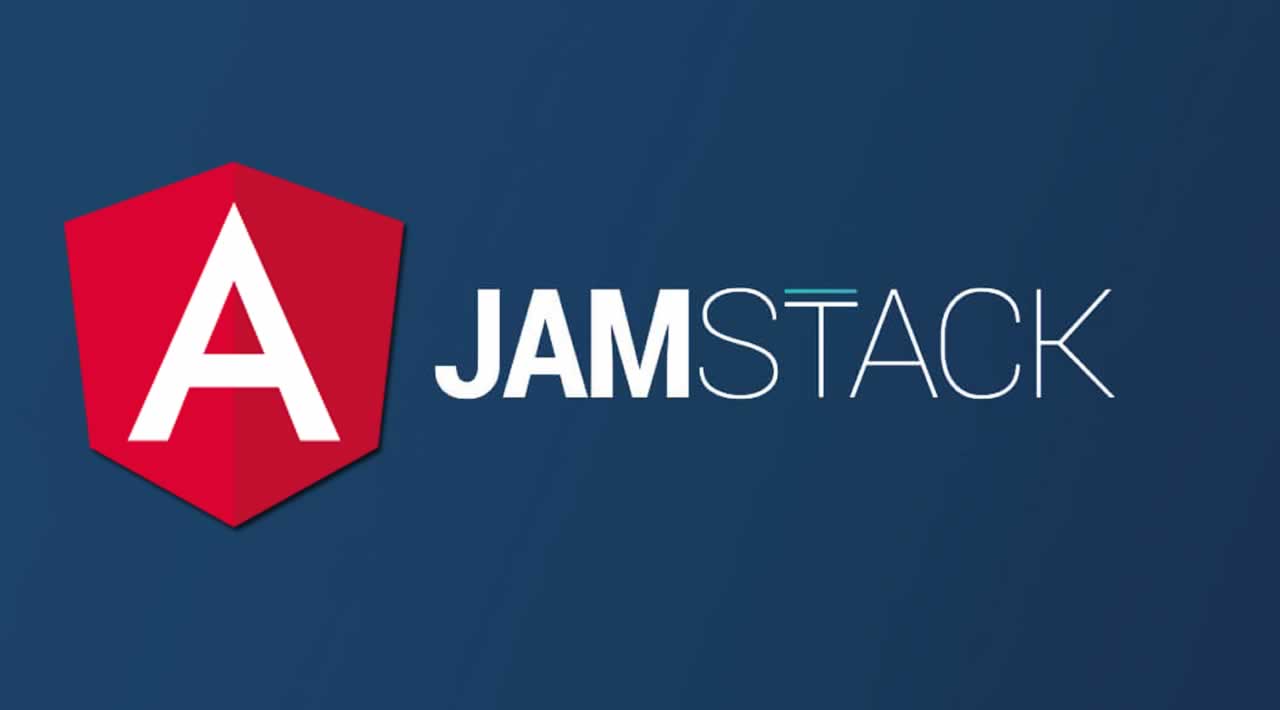 This Angular tutorial explains what JAMstack is and What's Angular in the JAMstack? The JAMstack (JavaScript, API, Markup) is a modern architecture using the technologies that we are used to, it’s been growing in popularity since its conception.

You may have heard about the JAMstack, it’s been growing in popularity since its conception. There are a ton of great articles, videos, and tutorials that explain the JAMstack. I wanted this post to specifically delve into the topic through Angular-colored glasses (which are, of course, rose-colored 🌹).

The JAMstack is a modern architecture using the technologies that we are used to, and, dare I say, fond of:

In the JAMstack we orchestrate these technologies to deliver safe, fast, and dynamic sites without relying on web servers.

This is a great way to describe this acronym, but you don’t have to use all of these technologies. The term JAMstack came into existence to help us talk about this architecture that let us remove the complexity of dealing with servers, give us the performance benefits of static sites, but make them dynamic.

In working with the JAMstack best practices you would:

Ok, great, but what can you say at the next team meeting? Here are a few high-level benefits this stack gives you:

⛓ Uncouple your frontend from your backend. Tightly-coupled, complicated architectures are harder to scale and harder to maintain or upgrade. By outsourcing your backend you’re also outsourcing your most vulnerable entry points, servers and databases, to teams who can focus on the ever-changing hacking tactics. You don’t have to outsource to gain the benefits of decoupling, you can decouple inside your organization to let teams dedicate their focus to frontend or backend.

👩🏾‍💻 Give your dev team more time and power. Instead of trying to learn and keep up with every technology front & back, your devs can focus on coding the frontend features and experiences your users are asking for. The Git workflow makes jumping into and contributing to a project faster, easier, and less risky (thanks to easy rollbacks). This allows for more freedom to innovate and a lower barrier of entry to contribute.

😍 Give your users a better experience. Serving static content from globally-distributed CDNs with re-direct logic will allow you to reliably serve information to your users fast.

I want to do a recap of the JAMstack parts and show you where Angular plays a role. When I saw how these pieces fit together, I definitely had an ‘Ooh! That’s my Jam!’ moment.

J is for JavaScript

The JavaScript in a JAMstack covers the dynamic parts of your app during the request/response cycle, running entirely on the client-side. In our case, we’ll be using Angular as our JavaScript framework but any other framework, library, or plain ol’ lovely JavaScript would work as well. Even if we were to spin up a new Angular application, using ng new, and deploy it using a CDN, we would have ourselves a JAMstack app because we wouldn’t be relying on web servers.

A is for APIs

This is where you feel the JAMstack become truly dynamic. Using API services, third-party libraries or custom serverless functions (lambda functions, Netlify Functions, etc.) you can handle all your server-side and database procedures. To add forms you can drop in Google forms, to add search you can use Algolia, and to work with purchasing you can use the Stripe API. These are just a few examples of the growing ecosystem around JAMstack services.

“Wait, we said no servers! What the what?” was my first thought. What cleared this up for me was realizing we use CDNs not web servers to deliver our apps but tools using servers, like APIs and serverless functions to make our apps dynamic. The term “serverless” is very misleading and does not mean you are no longer using servers. I have a blog post discussing these terms and how servers are and are not used in the JAMstack development process (will link when available 👍).

M is for Markup

Templated, pre-rendered markup makes content delivery super fast. With most other JAMstack apps this content is made using a Static Site Generator (SSG). Currently, there is no go-to SSG for Angular. BUT, this is because the Angular CLI does this already! That’s right, just like every good(?) romantic comedy, what you needed was what you had this whole time but you thought you were just friends. When you run ng build the CLI is composing your files client-side. This is why you can immediately deploy the generated Angular CLI app to Netlify. You can even just rename your dist directory to docs and set a base-hrefto create a GitHub Pages site from your Angular app (there’s also a module: angular-cli-ghpages).

If you take a peek inside your dist folder you’ll see it’s your app’s index.html file (pretty bare bones, usually) with script tags to pull in a bunch of JavaScript files. Although this is all compiled during build, typically generated static sites are HTML pages that are much more readable and SEO-friendly. Guess what, Angular already has that too by using Angular Universal! Yes, your true love that was right under your nose the whole time also makes the most amazing nachos you’ve ever had AND is down with re-listening to the Harry Potter series audiobooks at least once a year. This method isn’t straightforward though. To stick with the rom-com theme, Angular has this hidden like the beauty of the pre-makeover-montage best friend. Your introduction to Angular Universal is:

“This guide describes Angular Universal, a technology that renders Angular applications on the server.”

We want to avoid rendering on the server so this is confusing. If you dig a little deeper you can see that you can use Angular Universal to prerender your content by adding :prerender to your build and serve commands (i.e. ng build:prerender). Then you can add meta and title information with the platform-browser module.

The demand for Angular static site generation is growing. Thanks to Christoph Guttandin we also have a really handy, open-source prerender module, angular-prerender. This module is looking at the information of your site, carrying out the server-side rendering, and merging the output into static content. The Angular team is actively working towards making this process easier from the core. As of writing this post, there is an open pull request on the Angular Universal project to add prerendering scripts to the schematic.

D is for Disclaimer

Wait a second, there’s no ’D’ in JAMstack. You’re so observant! I just wanted to reiterate: JAMstack apps do not have to use all of these technologies. The focus is more on the fact that you’re leveraging tools that take away your app’s dependency on being served with a web sever. This allows you and your team to focus on content your creating and not have to deal with the woes of infrastructure. This is the year of sparking joy, and the JAMstack gives you the opportunity to get back to the joy of unburdened frontend development.

Breaking Down The Best Practices

Thankfully, there are also some best practices to help guide you through JAMstack land. Let’s take a look at them from an Angular point of view.

I could never take the heat and always bailed 10 seconds in. Atomic deploys, on the other hand, are in it ‘til the end. They wait until every file is uploaded before launching your site to make sure there are no inconsistencies and no missing information.

That wraps up this episode of, “What doe this new tech term mean?” I hope this helped you understand the JAMstack better. I’m very excited about this new way of developing and delivering sites. I really do believe it’s putting us on a path towards better performance AND better development experience. The JAMstack has definitely sparked joy in me and renewed my excitement in programming. I’m not only the writer of this post, I’m also a client 😃👍.

I’m very excited to see everything that you create with Angular and the JAMstack. Happy coding!