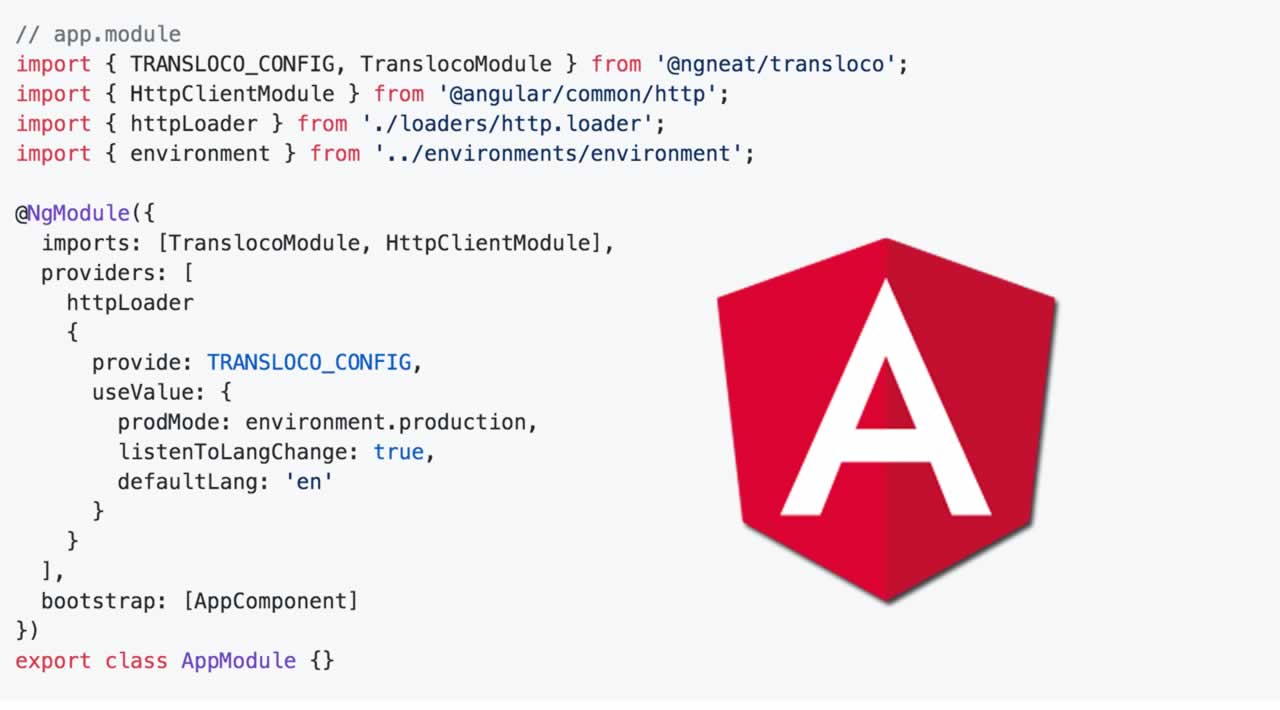 For a while I’ve been thinking about creating an Angular i18n library, which incorporates some concepts I had in mind.

A couple of weeks ago I was bored, so I decided that’s it time to take the bull by the horns and go ahead and create a robust library, chock-full of all the features I’d expect from such a library.

I recruited Shahar Kazaz and Itay Oded to the task; Together, we worked hard over the weeknights, and that’s how Transloco was born.

I’ve also created the ng-neat organization, to hold all my open source libraries. Currently it only holds Transloco, but I also plan to transfer Spectator, ngx-until-destroy, ngx-content-loader, and any future open-source Angular libraries I create.

Let’s take a look at what Transloco has to offer.

As part of the installation process you’ll be presented with questions; Once you answer them, everything you need will automatically be created for you. Let’s take a closer look at the generated files.

Next, it injects the TranslocoModule into the AppModule, and sets some default options for you:

Let’s explain each one of the config options:

It also injects the httpLoader into the AppModule providers:

The HttpLoader is a class that implements the TranslocoLoader interface. It’s responsible for instructing transloco how to load the translation files. It uses Angular HTTP client to fetch the files, based on the given path.

Translation in the Template

This is the recommended approach. It’s DRY and efficient, as it creates one subscription per template:

Sometimes you may need to translate a key in a component or a service. To do so, you can inject the TranslocoService and use its translate method:

This was just a taste of Transloco, it also supports:

You can find everything you need, along with examples, in our official README file.

Transloco provides a schematics command that will help you with the migration process.

Happy translating, and don’t forget to show your appreciation by starring!