The "What" and "Why" of Functional Programming Languages

The “What” and “Why” of Functional Programming Languages 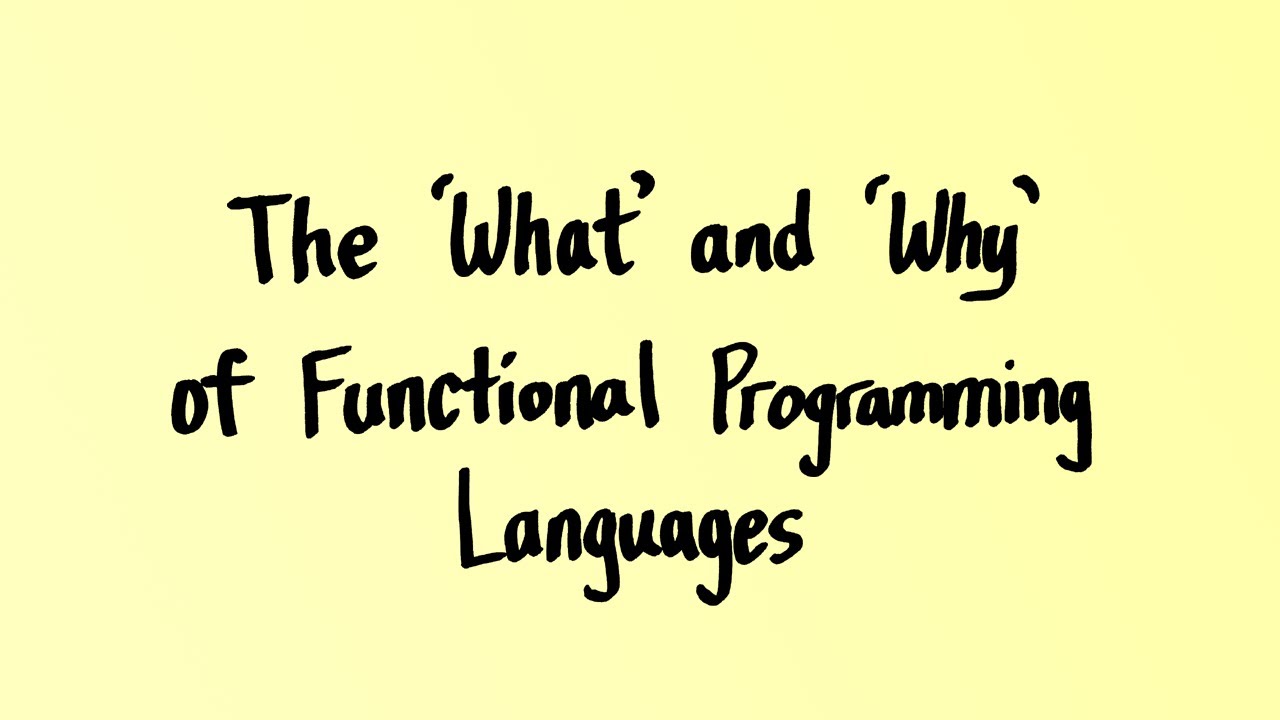 The "What" and "Why" of Functional Programming Languages

The “What” and “Why” of Functional Programming Languages

Higher-Order Functions: What, How and Why

Learn what higher-order functions are, how they work, why you might need them, and what they look like in PHP, JavaScript and Python.

But what is a higher-order function and why would we want to use one? What advantages does it give us and can we use it to simplify our code? In this article, we’ll talk about higher-order functions in PHP specifically, but will show how they’ve been used in other languages for comparison. WHAT IS SWIFT PROGRAMMING LANGUAGE AND WHY SHOULD YOU USE IT?

Swift was created by Apple in 2014 for iOS, watchOS, tvOS, macOS app development as a logical substitute for Objective-C, which had flaws and was outdated to a certain extent. Although Swift continues some of the Objective C concepts, e.g., extensible programming, the approach is different due protocol-oriented design and static typing. Swift supports Linux apps as well. Like any other programming language, it has both pros and cons.

In 2014, It was first presented at Apple’s Worldwide Developers Conference and caused mixed reactions - there were both critics and supporters. Most developers said it was too “raw” to use in production. However, each new release brought positive changes, and eventually it occupied a well-deserved position among most popular technologies. It is also testified by the fact that the Swift community had been rapidly growing after Apple made it open source in 2015. According to the Tiobe index, which shows which programming language is worth adopting when starting a new project, Swift is in the12th place. Swift also boasts many handy third-party tools and is an increasingly popular choice, especially for small apps and startups. Apple is putting a lot of effort into making it desirable for coding and beginner-friendly, constantly introducing new great utilities and auxiliaries that fuel the interest. For instance, the Playgrounds app in 2016, which allows you to quickly learn programming in Swift. Besides, there are plenty of official e-books, podcasts, guidelines, and courses to foster language adoption.

Decreased memory footprint
When building an app, developers use a proportion of third-party code - libraries or frameworks. Static libraries get locked in the code and make its file size and load time larger. Swift allows using dynamic libraries, which, on the one hand, take more time to call to, but reduce the apps memory footprint, on the other, as they load only when the task is run. Starting from version 5.0, standard Swift libraries become an integral part of all watchOS, iOS, tvOS and macOS releases, which means all apps created for them will be more lightweight.

Despite being a toddler in the programming languages world, Swift has proven its efficiency and is used by such companies as LinkedIn, Vimeo, Coursera, Twitter, etc. Considering all the effort Apple is taking to fix Swifts flaws with every new release, we many assume that it will eventually outflank Objective-C and become a leader for iOS mobile app development. Swift 5.2 is the latest version, launched on March 24, 2020. According to the Swift Core team, the language software ecosystem will continue to grow. Among the main goals: make it fully compatible with other platforms; improve installation and deployment processes for Swift-based software; extend libraries to make the language suitable for developing a variety of services and use cases, including machine learning.

What Is Dynamic Programming and Why Is It So Important?

You may have heard the term Dynamic Programming somewhere and wondered what it means. In this first article of the Dynamic Programming series, I will attempt to explain what it is exactly and why it is so important. I definitely need more practice with this, and that is why I am starting this series so that we can learn and master it together!

So What Is Dynamic Programming?

Simply put, Dynamic Programming is a technique of breaking down a problem into subproblems, solving these subproblems once, and storing their solutions. You might ask, “Why do we need to store these solutions?” Well, in computer science, we define something as efficient if it is fast and takes up little memory. By storing these solutions, we are able to simply look them up if the same problem resurfaces. This saves a lot of computation time because there is no need to recompute the solution.

But wait! Efficiency consists of both time and space complexity, so why does it matter if we reduce the time it takes to solve the problem only to increase the space used. This is why it’s important to understand that, in Dynamic Programming, what we are ultimately hoping to achieve is a significantly fastercomputation time at the expense of a modest increase in space used. What is an SDK? | SDK Tutorial | Why Use SDKs in Programming?

In this tutorial, we’ll be talking about what an sdk is, how to use an sdk, and why an sdk is useful. Thank you for watching and happy coding!

#blondiebytes #sdks #programming #sdk tutorial #what is an sdk