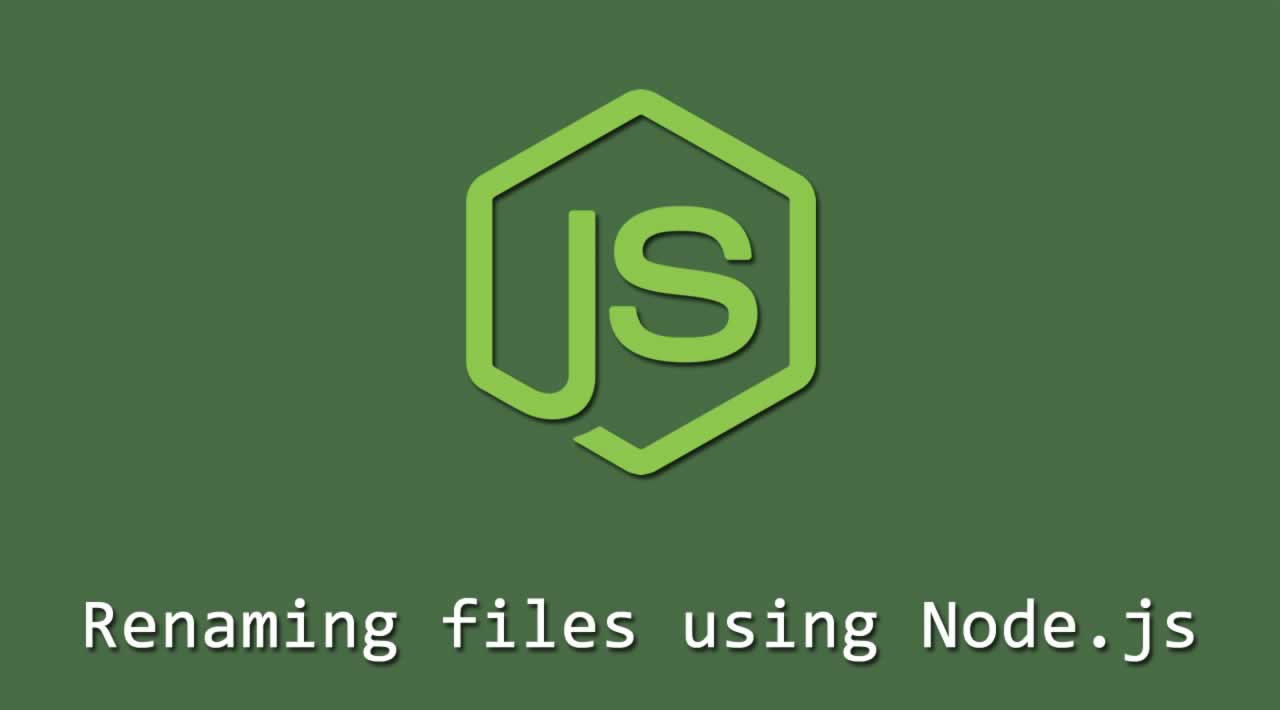 Are you working with system files in Node.js and need an easy way to rename files in a programmatic manner?

Are you working with system files in Node.js and need an easy way to rename files in a programmatic manner?

Luckily, Node.js has a built-in way to do this with their File System (Fs) core module, which has both a fs.rename() and fs.renameSync() method to give a file a new name.

Both functions will give you the same end result but go about doing it in a little different way. The synchronous fs.renameSync() version will stop your code and wait until the file has been successfully renamed or an error has occurred to continue running. And the asynchronous version fs.rename() will not block your code and return a callback function when the file is removed instead.

We'll show you how to use both of the methods.

For the code below to work, make sure you have Node.js installed and a file you want to rename placed in the root of your project directory. In this example, our file is a PNG image file named "your-file.png". But the rename methods will work on any filetype.

First, let's cover the fs.rename() version. We'll give you the full code and then explain all the different parts afterward:

Let's break down each part of the code:

When you run the code in your terminal, you should see this output:

If you look in the directory where the file is located, you should see that the file in question has a new name.

Similar to the previous example, we require both the Fs and Path core modules. Then, we get the path to the current file and create a path with what we want the new name to be.

But then we use a try...catch statement. In the try section, we pass both the pathToFile and newPathToFile variables to the fs.renameSync() function and log a success message when the file has successfully been renamed. And we use the catch section to throw any errors that may occur along the way.

When you run the code in your terminal, you should see the same output as before:

And the file in your directory will have a new name.

Hopefully, this was helpful in your work with system files and Node.js.

Node.js's File System (Fs) core module has a ton of other useful methods. Check out their documentation for more information.