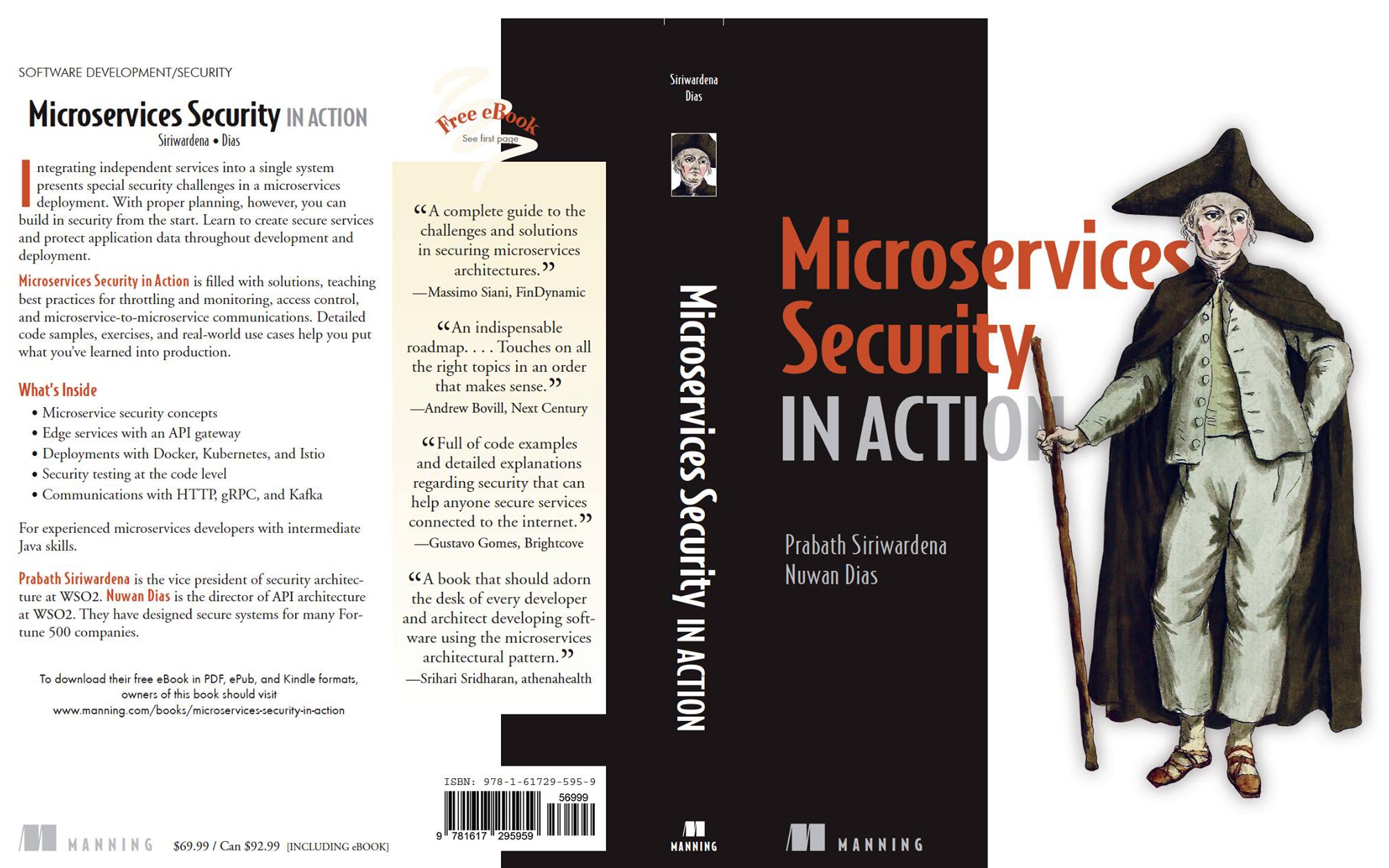 This recently published book on microservices security highlights the patterns and best practices of ensuring microservices are safe and secure. 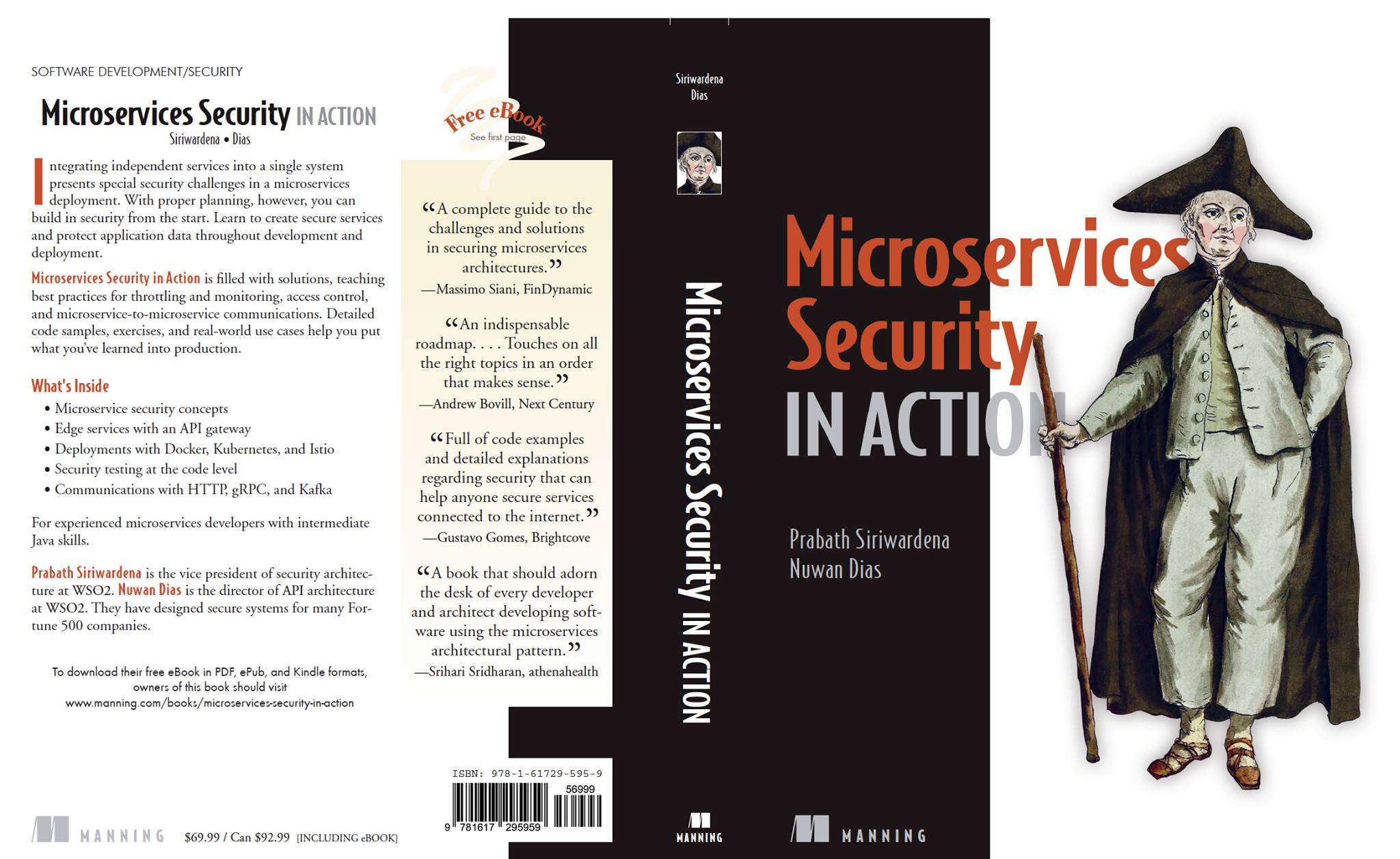 While working at WSO2 for more than a decade, we’ve seen how the integration domain evolved over time from SOAP-based services to JSON/RESTful services and then to microservices. We spent most of our early days at WSO2 contributing to the Apache Axis2 project, which was a popular SOAP engine in those days, and to the Apache Rampart project, which implements many Organization for the Advancement of Structured Information Standards (OASIS) standards for web services security.

Even though SOAP was quite promising in those days, it started to fade rapidly over time, and clearly JSON/RESTful services had won. Most of the microservice implementations we see today follow RESTful design principles.

In the last two to three years, we’ve seen a genuine interest from many companies we’ve worked with to move into microservices architecture, and projects starting from scratch are adopting microservices principles. Most of the early adopters of microservices just wanted to get things done, and worried mostly about implementing functional requirements. They didn’t worry too much about security, although they should have. In many cases, securing microservices would mean securing the interactions among microservices with Transport Layer Security (TLS), and may be, for some, enforcing mutual TLS for service-to-service authentication. But none of them are quite adequate. There are two main reasons many didn’t worry much about security: complexity and awareness.

Some time back, we found that most tools for securing microservices were not easy to use or couldn’t address the challenges specific to microservices deployments. This complexity was a barrier to securing microservices. At the same time, people who didn’t put much effort into security weren’t fully aware of the risks. We started hearing these stories from many of our customers as well as from the extended open source community we work with. That motivated us to write this book on securing microservices. Bringing an idea from inception to reality takes considerable time and effort.

We lived with this idea of writing a book for more than two years until Manning reached out to us. During that period, with the increased adoption of microservices, the infrastructure around microservices security also evolved.

Writing a book about a rapidly evolving domain is bit of a challenge; you never know when your book will be obsolete. After discussing this challenge with the publisher, we decided to put more weight on principles and patterns, and use tools just to demonstrate how to apply those principles and patterns in practice. This was our ground rule in picking up the technology stack for the book. We use Spring Boot/Java to develop all the samples, though we don’t expect you to know either Java or Spring Boot in detail. If you have development experience in any programming language, you should be able to follow all the samples in the book with no difficulty.

Security itself is a larger domain. Securing microservices can mean different things to different people, based on their experiences and expectations. This fact was highlighted by one of the reviewers of the book, who comes from a security testing background.

Microservices and Its Security Patterns

Microservices and its security patterns. A developer's view on common security patterns used in most of the API-architecture practices in the industry to make API and Application, as safe as possible.

This Edureka's video on Microservices Security talks about the best practices to secure microservices.