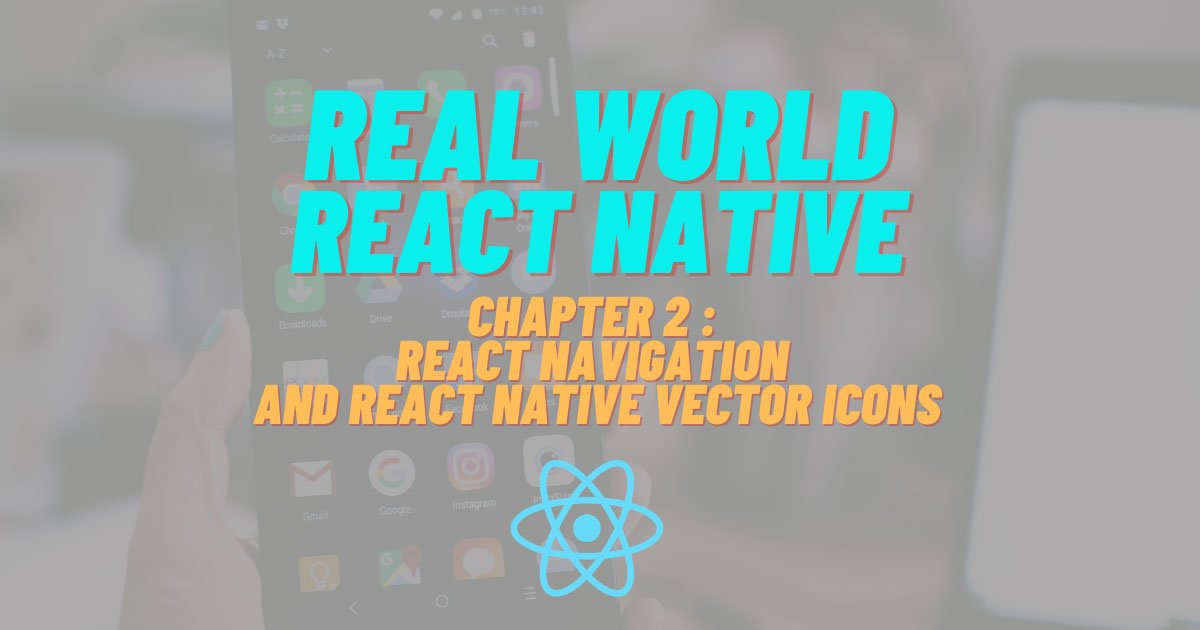 We use React navigation version 5 for Bootstrap app navigation and create a blank screen to show how it works finally we setup React native vector icons for add icon to tabs.

In this chapter, we use React navigation version 5 for bootstrap app navigation and create a blank screen to show how it works finally we setup react native vector icons for add icon to tabs.

In this version, the expo team divides into multiple packages for this app we use stack and tabs so the list below is the package that we need to install:

In order to install these packages, we need to run the following command in the command prompt or command line of your IDE:

In case of iOS, we need to navigate to ‘./ios/’ folder and then run the following command:

For Android, we may need to link the packages if the version of the react-native is less than 0.60. For that, we can run the following code for each package: 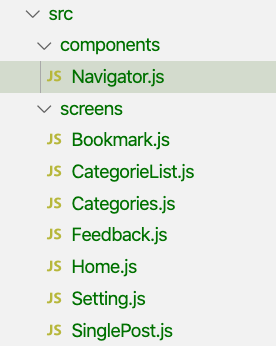 Now, for every screen file inside the ‘./screens’ folder, we need to add the starter react native template code. The starter template code for the Home.js screen is shown in the code snippet below:

Now, what we can do is, we can copy the same starter template code to each screen file and just change the main function name and the text between the Text element based on the name of the files.