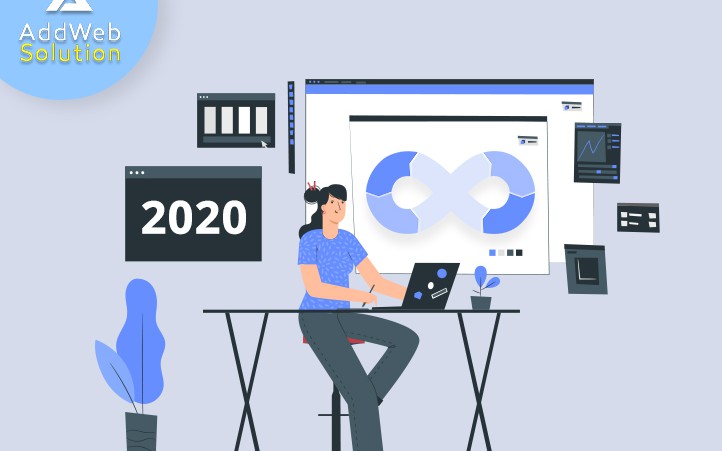 Trends Predicted in 2020 to Shape Autonomous Digital Enterprises: As DevOps continues to grow, we look at some of the ways that DevOps will make an impact in vrious industries.

The DevOps market had generated two and half billion dollars profit in 2017, and it is estimated that it would make a profit of nearly $7 billion dollars by 2022. By the above statistics, one can identify the growth of the technological trend of the present era. According to Statista, a German online market portal, the DevOps Market had grown into a 3.5 billion dollar industry by 2018. The DevOps.com had predicted the key trends that would shape the Autonomous Digital Enterprise.

The services include faster and efficient management of software mechanisms. Firstly, they create a plan to develop software and implement the plan, by building and testing the software and operate the software by deployment and monitoring. Since its inception in the technological world in 2014, the DevOps market had expanded itself beyond horizons. According to the sources, many government organizations and private companies use DevOps services to fasten up their services and improve their administrative agility. Recently, the inclusion of Artificial Intelligence and IoT (Internet of Things), IMARC Group, one of the finest software groups, had predicted the market value of DevOps services will be 10.5 billion US Dollars by 2024.

Digital transformation is the recent trend either followed in starting a business or marketing or developing education, whatever it may be. The digital enterprise which works on automated mode helps the creator to create a solid base in any business and makes the services reliable and efficient. Most of the chat rooms created by the websites are autonomous and they answer to the query accurately and immediately. Nearly, 70 percent of the businesses rely on automation mode for their initiative to be successful and reach the masses swiftly. In that condition, certain key trends are shaping the automated digital enterprises. Identifying the growth, Many Cloud DevOps consulting firms had emerged in order to guide the websites and companies for better DevOps services. These consulting firms attract customers and guide them to gain autonomous digital services through the DevOps providing company. According to some authorized sources, the DevOps consultants had increased by 8% during the financial year of 2017-2018. Let us know some of the trends that will shape the Autonomous Digital Enterprises in the future.