Is your Django app slow? Think like a data scientist, not an engineer 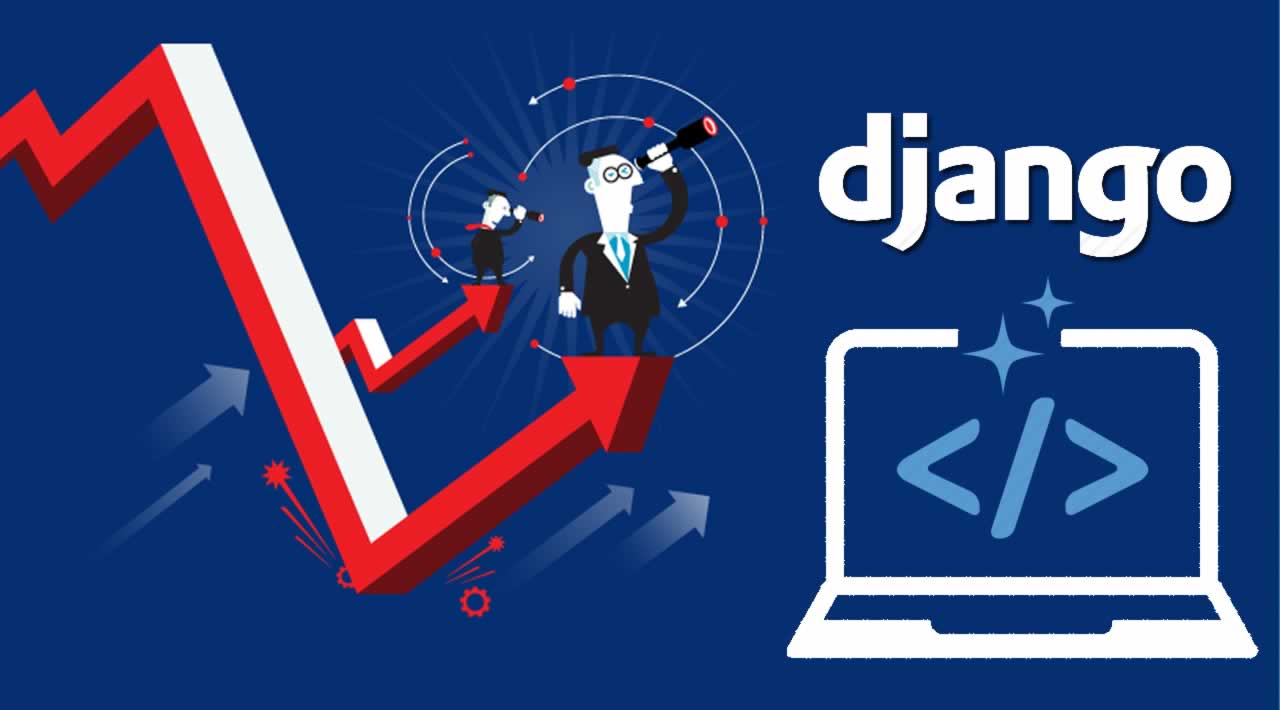 Is your Django app slow? Think like a data scientist, not an engineer

I'm an engineer by trade. I rely on intuition when investigating a slow Django app. I've solved a lot of performance issues over the years and the short cuts my brain takes often work. However, intuition can fail. It can fail hard in complex Django apps with many layers (ex: an SQL database, a NoSQL database, ElasticSearch, etc) and many views. There's too much noise.

The problem part I: too much noise

Many performance issues are caused by one of the following:

When investigating a performance issue, I start by looking for correlations. Are any metrics getting worse at the same time? This can be hard: a modest Django app with 10 layers and 150 views has 3,000 unique combinations of time series data sets to compare! If my intuition can't quickly isolate the issue, it's close to impossible to isolate things on my own.

Determining if two time series data sets are correlated is nortiously fickle. For example, doesn't it look like the number of films Nicolas Cage appears in each year and swimming pool drownings are correlated?

Spurious Correlations is an entire book related to these seemingly clear but unconnected correlations! So, why do trends appear to trigger correlations when looking at a timeseries chart?

Here's an example: five years ago, my area of Colorado experienced a historic flood. It shut off one of the two major routes into Estes Park, the gateway to Rocky Mountain National Park. If you looked at sales receipts across many different types of businesses in Estes Park, you'd see a sharp decline in revenue while the road was closed and an increase in revenue when the road reopened. This doesn't mean that revenue amongst different stores was correlated. The stores were just impacted by a mutual dependency: a closed road!

That's great, but my visual brain can't re-imagine a time series into its first difference when staring at a chart.

We have a data science problem, not a performance problem! We want to identify any highly correlated time series metrics. We want to see past misleading trends. To solve this issue, we'll use the following tools:

I'll walk through a shared notebook on Google Colab. You can easily save a copy of this notebook, enter your metrics from Scout, and identify the most significant correlations in your Django app.

Step 1: view the app in Scout

I login to Scout and see the following overview chart:

Time spent in SQL queries jumped significantly from 7pm - 9:20pm. Why? This is scary as almost every view touches the database!

To start, I want to look for correlations between the layers (ex: SQL, MongoDB, View) and the average response time of the Django app. There are fewer layers (10) than views (150+) so it's a simpler place to start. I'll grab this time series data from Scout and initialize a Pandas Dataframe. I'll leave this data wrangling to the notebook.

After loading the data into a Pandas Dataframe we can plot these layers: 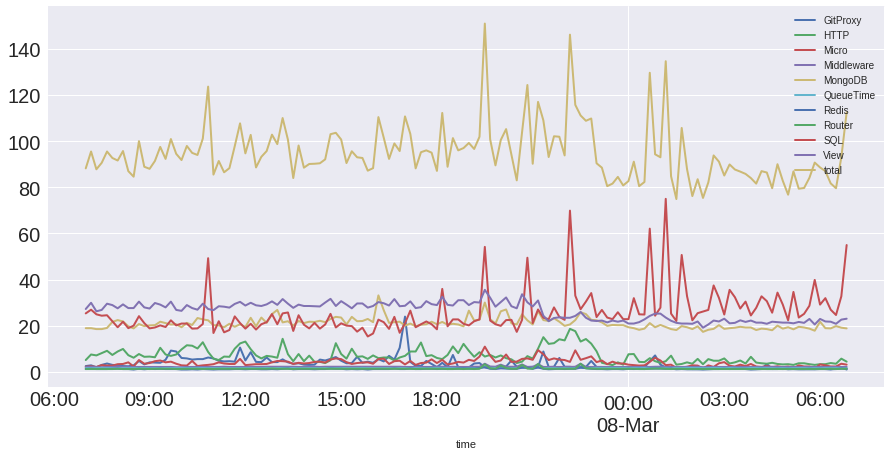 Now, lets see if any layers are correlated to the Django app's overall average response time. Before comparing each layer time series to the response time, we want to calculate the first difference of each time series. With Pandas, we can do this very easily via the diff() function:

My notebook generates the following result:

The p-value is just 1.1e-54. I'm very confident that slow SQL queries are related to an overall slow Django app. It's always the database, right?

Layers are just one dimension we should evaluate. Another is the response time of the Django views.

We're almost done extracting the signal from the noise. We should check to see if traffic to any views triggers slow response times.

A little-used, expensive view could hurt the overall response time of the app if throughput to that view suddenly increases. For example, this could happen if a user writes a script that quickly reloads an expensive view. To determine correlations we'll use the exact same process as before, just swapping in the throughput time series data for each Django view:

Using data science, we've been able to sort through far more time series metrics than we ever could with intuition. We've also been able to make our calculations without misleading trends muddying the waters.

We know that our Django app response times are:

Now it’s time for the engineer! With these insights in hand, I’d:

It's important to realize when all of that hard-earned experience doesn't work. My brain simply can't analyze thousands of time series data sets the way our data science tools can. It's OK to reach for another tool.

If you'd like to work through this problem on your own, check out my shared Google Colab notebook I used when investigating this issue.