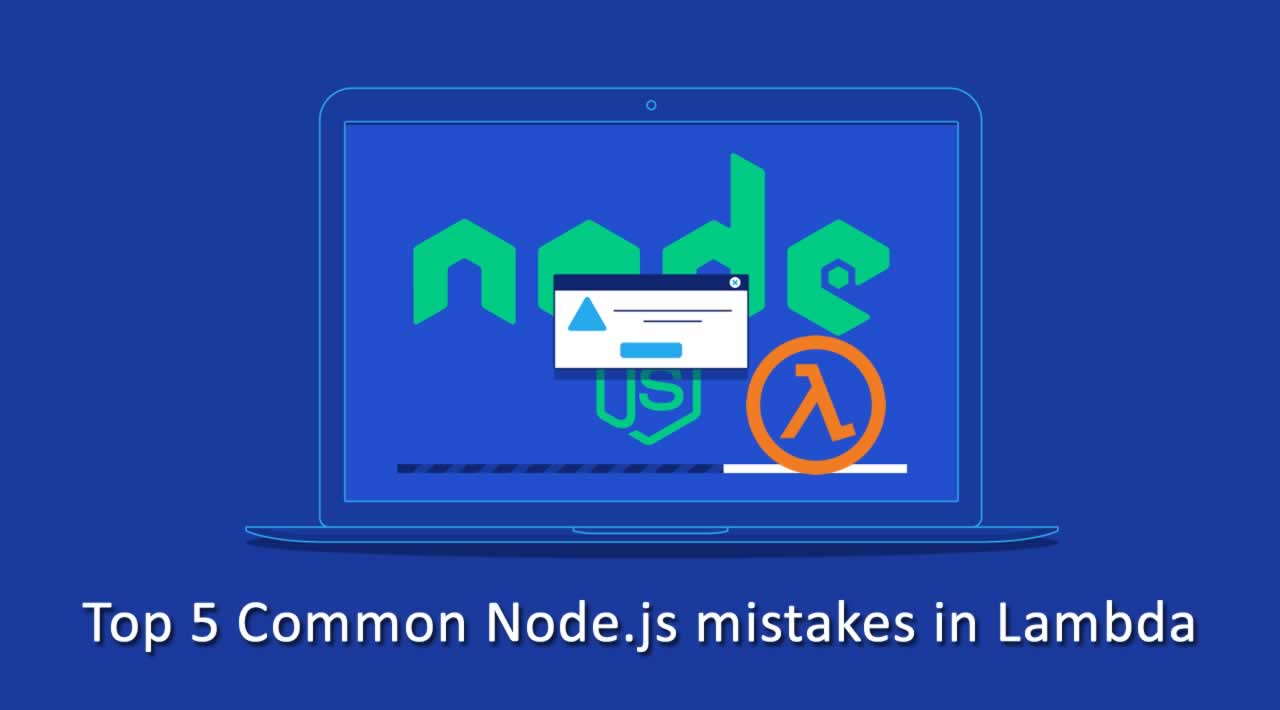 Top 5 common mistakes to avoid when working with Node.js in Lambda

I have helped quite a few clients with their Node.js serverless projects. In doing so I have seen some recurring mistakes around async/await.

Many people are still using the callbacks in their async handler functions:

instead of the simpler alternative:

Before Node8, bluebird filled a massive gap. It provided the utility to convert callback-based functions to promise-based. But Node8's built-in util module has filled that gap with the promisify function.

For example, we can now transform the readFile function from the fs module like this:

No need to use bluebird anymore. That's one less dependency, which helps reduce the cold start time for our functions.

async/await lets you write asynchronous code as if they're synchronous, which is awesome. No more dealing with callback hell!

On the flip side, we can also miss a trick and not perform tasks concurrently where appropriate.

Take the following code as an example:

This function is easy to follow, but it's hardly optimal. teamModel.fetch doesn't depend on the result of fixtureModel.fetchAll, so they should run concurrently.

Here is how you can improve it:

In this version, both fixtureModel.fetchAll and teamModel.fetch are started concurrently.

You also need to watch out when using map with async/await. The following will call teamModel.fetch one after another:

Instead, you should write it as the following:

In this version, we map teamIds to an array of Promise. We can then use Promise.all to turn this array into a single Promise that returns an array of teams.

In this case, teamModel.fetch is called concurrently and can significantly improve execution time.

This is a tricky one, and can sometimes catch out even experienced Node.js developers.

The problem is that code like this doesn't behave the way you'd expect it to:

When you run this you'll get the following output:

See this post for a longer explanation about why this doesn't work. For now, just remember to avoid using async/await inside a forEach!

Did you know that the AWS SDK clients support both callbacks and promises? To use async/await with the AWS SDK, add .promise() to client methods like this: