How To Master Async/Await With This Real World Example 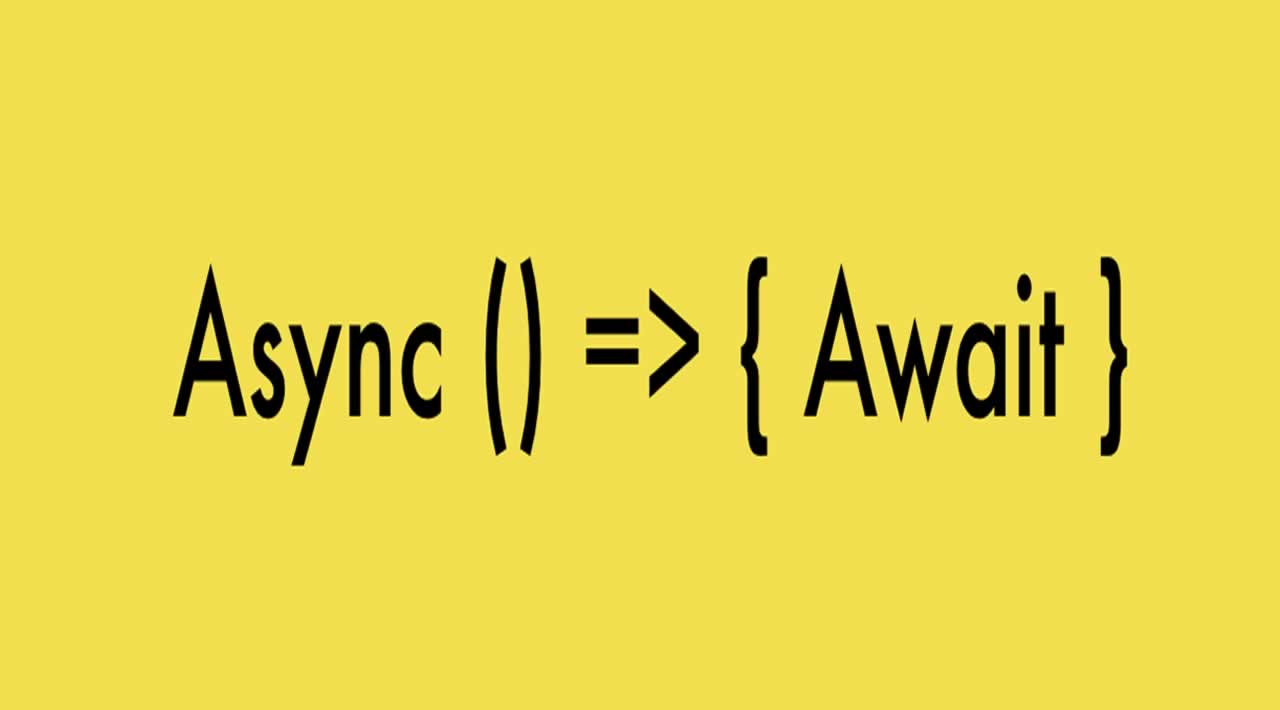 Along with writing this article, I have also created a YouTube video!&nbsp;

Along with writing this article, I have also created a YouTube video!

You can follow along and code while watching. I advise you to first read the article, and then code along with the video.

Link of the video: Learn Async/Await in This Real World Project

Async/await is a new way to write asynchronous code. It is built on top of promises, therefore, it is also non blocking.

Previous options for asynchronous code were callbacks and promises.

The situation where callbacks are nested within other callbacks several levels deep, potentially making it difficult to understand and maintain the code.

promiseFunction returns a Promise that represents the process of that function. The resolve function signals the Promise instance that it has finished.

Afterwards, we can call .then() and .catch() on that promise function:

then — Runs a callback you pass to it when the promise has finished.

catch — Runs a callback you pass to it when something went wrong.

Async function provide us with a clean and concise syntax that enables us to write less code to accomplish the same outcome we would get with promises. Async is nothing more than syntactic sugar for promises.

Async functions are created by prepending the word async before the function declaration like this:

Asynchronous functions can be paused with await, the keyword that can only be used inside an async function. Await returns whatever the async function returns when it is done.

This is the difference between promises and async/await:

Now that we’ve covered the basics, let’s move onto our real world example!

In this tutorial, we will build a simple but educational and useful application that is going to improve your overall knowledge of Async/Await.

For starters, create a new directory and run npm init, skip through all the steps, and install axios by typing npm i --save axios. Create a new file called currency-converter.js.

We’ll create an asynchronous function that is going to take in two arguments, fromCurrency and toCurrency.

Now we need to fetch the data. With async/await, we can assign data directly to a variable; don’t forget to sign up and enter your own correct access key.

The data from the response is available under response.data.rates so we can put that into a variable just below response:

Since everything is being converted from the euro, below, we’ll create a variable called euro which will be equal to 1/currency we want to convert from:

Finally, to get an exchange rate we can multiply euros by the currency we want to convert to:

We’ll create an asynchronous function that is going to take currencyCode as an argument:

As we saw before, we are going to fetch data and assign it to a variable:

We’ll then map over the data and return country.name for each:

Third and final function — Merging it all together

We’ll create an asynchronous function that is going to take fromCurrency, toCurrency, and amount as arguments:

First, we get the currency data:

Second, we get the countries data:

Third, we save the converted amount to a variable:

Finally, we output it all to the user:

All of that put together should look like this:

We need to wrap all our logic in try, and catch the error if there is one:

Repeat the same for the second function:

And since the third function is just working with what the first and the second function provided, there is no need for error checking there.

Finally, we can call the function and receive the data:

The output you’re going to receive:

You made it all the way until the end! If you get stuck along the way, feel free to check out the code on this repository. If you have any questions or feedback, let me know in the comments down below. Most helpful would be the support on YouTube since I have just created a channel! Click here, there is a lot of interesting stuff coming soon! :)

You can also check out the tutorial I did on Mongoose.