This package is used to dynamically generate a demo page and integrate with Documenter.jl.

The philosophy of DemoCards is "folder structure is the structure of demos"; organizing folders and files in the a structural way, then DemoCards.jl will help manage how you navigate through the pages.

DemoCards would understand it in the following way:

The use of this package heavily relies on Documenter.jl, Literate.jl, Mustache.jl and others. Unfortunately, I'm not a contributor of any. This package also uses a lot of Regex, which I know little.

The initial purpose of this package is to set up the demo page of JuliaImages. I'm not sure how broadly this package suits the need of others, but I'd like to accept any issues/PRs on improving the usage experience. Set up your GitHub Actions workflow with a specific version of Deno.

Latest stable for a major

Latest stable for any major

Targets the latest major, minor and patch version of Deno. What is this all About ?

feednext.io is an open source social media platform of the Feednext organization, founded by Software Engineer Onur Ozkan. The main purpose of the project is to inform people around the world about any physical or a virtual object from a single central source. Like a phone model, TV, Computer components or a Song even. I believe by doing that with the best way, this platform will turn into a central system of information distribution about product reviewing around the world.

After you have forked and cloned this repository to your machine, cd into project folder and then create .env files from .env.example ones with following command:

Once .env files are created successfully, now you can run the api on your local by running following command:

With the command above, api will start running on http://localhost

cd into server directory, and update the following values in .env file:

Right after the command above, api will start running on http://localhost:3000

In the project root, run the following command to import/restore db dumps:

In development mode, you can not create user accounts because of the sign-up mechanism of Feednext. Instead of creating accounts, you can sign in with already created demo accounts. The account credentials are as in the following table:

cd into client directory and then:

If you follow the Osx & Windows way for running API, then apply following changes in config/constants.ts:

API documentation is automatically generated by Swagger on development mode at /api endpoint.

Technically, feednext.io is performance oriented application which is developed with Software Patterns & Design Principles using modern technologies all around it. PRs are welcome as long as they are fits in the principles, structure of the feednext.io.

Please do not directly PR to 'master' branch, instead go for 'dev' branch. Hi Friend! Today we will create electronics e-commerce(Mobile) Application UI with Flutter Some of the major feature are home page, animation drawer , details Page , Profile Page , If you have any Question write in the comment section For more awesome and productive videos "Flutter Made Simple" and happy coding with flutter. Thanks for Watching! Please Subscribe My Channel For More Videos. To Click The Bell Icon To Get Notification First! And Like, Share, Thank you. #flutter e commerce app #UI #Flutter #EcommerceApp #Demo #demo # Follow us 👇 ✔ Instagram : https://cutt.ly/dnmRA30 Connect any IoT sensor to Azure

Blazor UI & Data Visualization Components
The Syncfusion Blazor components library is the only suite that you will ever need to build an application. It contains 70+ high-performance, light-weight, and responsive UI controls in a single package In this episode, Venkat Yalla, Principal Program Manager in the Azure IoT Ege tells us about the new, first-class IoT Edge remote monitoring solution built around IoT Edge’s built-in diagnostics and Azure Monitor in the cloud. Venkat explores powerful patterns to monitor your IoT Edge fleet that will enable you to detect and mitigate production issues rapidly and at-scale. We will set up a local Consul cluster and integrate it with Judge-d to provide contract verification between microservices.

The first part of the article is available  here.

To go through all demo steps you need Git, Docker, and Java version 8+ installed on your machine. You can find instructions on how to do it below: 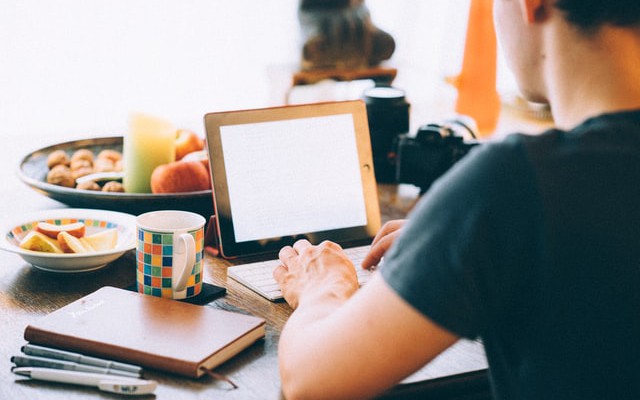 Learn HL7 with Mirth Connect Today and explore the hidden potential for career growth.
SV Soft Solutions proudly announces a DEMO session that is totally free of cost, this free demo session will help you out to know the basic modules and scopes to grow your career.
Further, with this FREE Demo session of HL7 with Mirth Connect, you can master the skills of all the Health Level Standards, Tools and Applications used in the process.
Team SV Soft Solutions welcomes you all to attend this free demo session held on 7th December, 2020 @08:00 AM IST
Course cum enrollment URL: https://svsoftsolutions.com/hl7-online-training.html
Contact today to get enrolled for this demo session on info@svsoftsolutions.com, +91-9642373173 (India), +1-8459158712 (USA) Today, you can use various technologies to create Video Analytics solutions end to end, but assembling all these technologies from video acquisition, analytics at the edge to managing the cameras and gateways is not trivial.

The Azure IoT Central team just released a new App Template and IoT Edge modules that will help you do all this in a matter a hours.

Check out this demo heavy episode of the IoT Show with Nandakishor Basavanthappa, PM in the Azure IoT Central team.